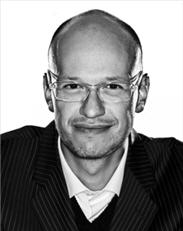 The Founder Institute, the entrepreneur training program that grew out from venture capitalist review site TheFunded, is taking its first steps outside the United States with the launch of four new locations.

The institute started in Silicon Valley, and has since added classes in San Diego, Washington, DC, Seattle, and New York. And now it’s announcing classes in Singapore, Paris, Los Angeles, and Denver. That brings the total up to nine cities, and that’s less than a year after the institute started its first class in April 2009. Chief executive Adeo Ressi said that with the new locations, the Founder Institute is on-track to create almost 750 companies this year. That’s far more than startup incubators like Y Combinator.

The Founder Institute was able to scale this quickly because it teams up with local partners, because it tries to find the most promising entrepreneurs through a standardized test, and because it doesn’t make investments in each company. That means it doesn’t have to come up with, say, $25,000 for each startups, and also means it can accept a broader range of companies — for most cleantech startup, for example, a normal incubator investment isn’t really enough. Actually, Ressi said he doesn’t see himself as competing with traditional incubators, since he’s recruiting entrepreneurs much earlier in the process, before they have a company idea, sometimes when they’re still working at other companies.

The speed with which the institute is launching new locations ties into how Ressi describes his big goal — not just to create some good companies, but to boost the startup ecosystem and the economy as a whole. Discussing the many challenges facing startups and venture funding, Ressi said, “There is an argument to say that if there are a large number of meaningful and enduring companies, all the other problems will go away.”

The deadline for applications for the spring semester is Feb. 28.