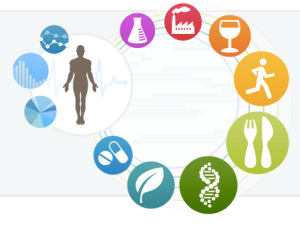 WellnessFX, an online concierge service for improving personal health, launched out of stealth today. Behind the startup is Jim Kean, founder of Sapient Health Network, which became the foundation of WebMD‘s consumer health business in 1995.

“After I sold in 1999, a lot of the health VCs closed their health IT practices,” says Kean. He says that until recently the climate for health technology had been cold. Kean says he’s figured out how to monitize health tech and cut through red tape, quickly.

Kean describes WellnessFX as the Mint.com of health. WellnessFX aims to organize and educate people’s health the way Mint.com organizes their finances. Kean is taking advantage of how affordable sophisticated diagnostic tests have become. He believes the new chapter in healthcare is based on preventative medicine.

Kean says he hopes to “wake up a really sleepy market with actionable things,” like lifestyle changes, better nutrition or in some cases a drug. He wants to remove barriers to preventative health tests and screening. To do this, WellnessFX is supported by a virtual practitioner team using social media tools and a consumer web user experience. The approach is based on results of clinical studies showing that individuals provided with frequent, understandable and measurable results that inform their daily actions can significantly improve their health outcomes. 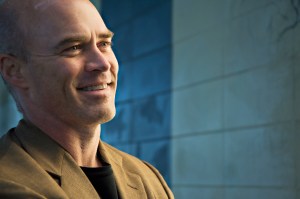 “There’s an ecosystem of companies that exist because of some ancient law,” he says of the healthcare industry. “Knowing how to negotiate that ecosystem is essential.”

WellnessFX currently has 13 employees and has raised $1.85 million from Voyager Capital (Curtis Feeny), Floodgate (Mike Maples) and a handful of angels. The company is working on a new round of fundraising after a summer of tech upgrades and feedback from testers. It had to be in stealth while it became compliant with the Health Insurance Portability and Accountability Act (HIPAA), a 1996 Federal law that restricts access to individuals’ private medical information. This may sound like a hassle, but Kean says it’s nothing compared to the challenges facing another health tech startup he founded that failed. That company provided bedside interactive video for patients.

“You don’t want to go after something that has a 24-month billing cycle,” he says with a bit of a chuckle. “We were targeting inner-cities and that was a mistake. One, they didn’t have money. Two, we thought it would take six months for billing, but it turns out there are 12 different decision makers and we had to make 12 unique sales. Once the CTO got those decisions it was an average of a 16 month close. That has stuck with me ever since.”

Kean believes that in the next few years everyone will quantify and manage their health online.