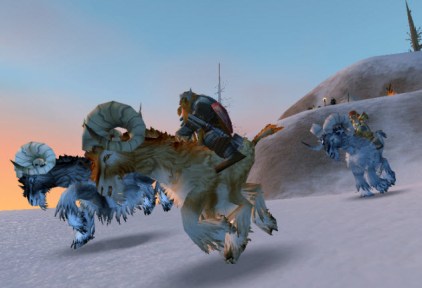 The paid version of World of Warcraft is now back online in China after more than three months of disrupted service. That should give the massively multiplayer online game’s four million Chinese fans a reason to celebrate. It should also prompt a sigh of relief at Activision Blizzard, which is heavily dependent on the game for its profits.

WoW was offline since June 7, when Activision Blizzard’s Blizzard Entertainment division began what should have been a routine shift from one Chinese operator, the9, to another, NetEase. But the transfer was held up by interference from the Chinese government, which took the opportunity to closely inspect the content of the fantasy role-playing game.

The delay was a big deal since China accounts for such a large part of WoW’s 11 million subscriber base worldwide, and because WoW is one of the most profitable game franchises in the video game industry. A spokesman for Blizzard confirmed today that the paid version of WoW is up. The game had been operational since July 31, but Blizzard was only operating the game for free while it awaited government approval.

A government agency,China’s General Administration of Press and Publications (GAPP), was responsible for granting permits for online games before they can launch. When Blizzard Entertainment opted to license WoW to NetEase after the initial license for the9 expired in June, it rendered invalid the GAPP permit required to operate the game. Such permits were nontransferable, Lisa Cosmas Hanson, founder of market researcher Niko Partners, told us earlier. [Update: I’m told that China officially changed the regulator of games last week to the Ministry of Culture, once a game is already online; the GAPP is still responsible for pre-approval of online games that haven’t launched yet.]

Getting a permit from the GAPP is a hurdle, but on top of that, any foreign game company in a legal dispute with a domestic game company will have the content approval of its games suspended until the dispute is resolved. Another policy states that a foreign company may not operate an online game on its own in China; it has to have a Chinese partner and share its revenues with that partner, Cosmas Hanson said. Chinese game companies that operate in the U.S. have no such restriction.

The Chinese online game market will hit revenues of $3.65 billion in 2009, according to market researcher Niko Partners.

Blizzard had planned the transition for some time. When NetEase and Blizzard formed a joint venture in 2008, their strategy included support and services, but the plans did not mean that Blizzard would directly control the online game operation of WoW or other future titles.

Cosmas Hanson said, “The public will probably never know the trigger that allowed NetEase to restart commercial operations of Blizzard’s World of Warcraft in China. Odds are there are political reasons and probably some technical reasons that all magically got fixed just in time for gamers to get back to their game ahead of the Chinese National holiday period in early October. Blizzard and NetEase have had to wait too long for the approval as it is, so at least they will get to generate revenue while gamers have extra time to spend during the holiday week.”