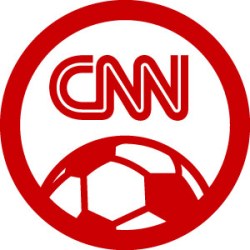 Foursquare CEO Dennis Crowley joined Adam Ostrow, editor-in-chief of tech blog Mashable, on stage at the Mashable Media Summit today in New York to talk about his location startup. Among many topics, Crowley announced a partnership with CNN for the World Cup, and also explained how the company is adding rewards to its iconic badges, earned by users for performing specified tasks on Foursquare.

With CNN, Foursquare is releasing two new World Cup badges: South Africa Explorer and Super Fan. To get the first, you have to visit South Africa to attend the World Cup and check in, or announce your location to your friends, on Foursquare. For the rest of the world, you can earn the Super Fan badge by checking in at World Cup viewing parties. Over 100 venues will be seeded with tips from CNN employees, Mashable reports.

During Internet Week in New York, Foursquare will also be testing some other uses for badges. By checking into the Internet Week headquarters during the day, users will receive a badge that gets them VIP access to parties. Other badges will earn users bottles of wine signed by Wine Library TV’s Gary Vaynerchuk. Foursquare hopes to offer more reward-based options like these in the future.

Crowley also chatted a bit about his philosophy of badges. In response to a user-submitted question about small businesses creating badges of their own, he mentioned that the company is still guarding them closely — he’s worried that too many available badges may dilute their value to users.

In regards to downtime issues, Foursquare had all of its engineers focus on scaling improvements for the past two weeks, forgoing work on new features. Crowley said that this is something that may continue to happen on a semi-regular basis, particularly since Foursquare’s user base is increasing so quickly. The site surpassed 1.5 million users last week, and is approaching 1.6 million this week. Check-ins are increasing by 50,000 a week.