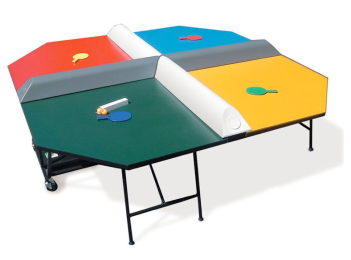 After announcing 2 million users last week, Foursquare is quickly looking to monetize the massive amounts of user data it’s amassing. Now company founder and CEO Dennis Crowley has told The Telegraph that Foursquare is in talks with Google, Yahoo and Microsoft about a data partnership.

This partnership would be similar to the deals made by the three companies last year to license Twitter’s real-time tweet stream. Foursquare believes agreements with the search giants could improve its user experience.

“Our data generates hugely interesting trends which would enrich search,” Crowley told the Telegraph. “Twitter helped the world and the search engines know what people are talking about. Foursquare would allow people to search for the types of place people are going to — and where is trending — not what.”

A deal with Google would be especially noteworthy considering that Crowley’s previous mobile startup, Dodgeball, was bought by Google in 2005 and shut down last year. Crowley has also been vocal about his dislike for Google’s location based products, specifically Latitude, since then.

While the search deals could yield significant profits, the New York-based startup is not hurting for money. Foursquare recently completed a $20 million funding round, boosting the company’s valuation to $96 million.

While Foursquare does face competition in the location-based arena from fellow checkin startup Gowalla, Crowley doesn’t seem too worried about the company’s rivals. As he puts it, his product is still “more social than Gowalla.”