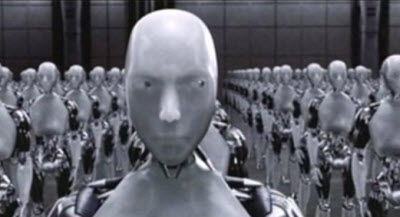 Foxconn plans to replace some of its workers with 1 million robots in the next three years in order to cut rising labor expenses.

The Taiwanese manufacturing company, which makes high-profile products for companies such as Apple and Hewlett-Packard, will use the robots to do simple tasks such as spraying, welding and assembling work. Those jobs are currently done by workers, said Terry Gou, founder and chairman of the company.

He made the announcement at a workers dance party on Friday night, and we’re pretty sure that was a damper on the festivities.

The robots will cut rising labor expenses and improve efficiency, Gou said. Right now, the company has 10,000 robots and the number will hit 300,000 next year and 1 million in three years.

The plan seems both humane — as robots can do drudge work that humans don’t want to do or aren’t fit to do — and inhumane, as it will likely put a lot of people out of work.

Foxconn has become the world’s largest maker of computer components. It has been in the spotlight after a string of suicides at its giant Chinese factories. The company has 1.2 million employees, with about 1 million on the Chinese mainland.