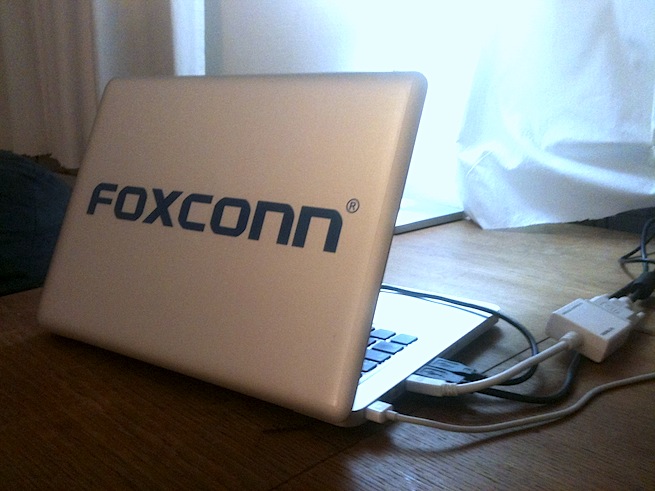 Foxconn, a major supplier to technology companies such as Apple and Microsoft, admitted today that it hired 14-year-old interns, breaking Chinese law.

The company’s Yantai factory is at fault, having employed a number of interns under the legal age of 16 for three weeks. Foxconn says the facility that hired the interns does not deal with Apple products and that it is investigating the issue. It also mentioned that this is against not only Chinese law but also Foxconn policy.

The internship program, according to a statement as captured by The Next Web, lasts for anywhere between three and six months long and brings in roughly 2.7 percent of the company’s 1.2 million strong workforce.

It seems Foxconn has been riding on a wave of bad news for the past year. TheFair Labor Association audited Foxconn after Apple was accused of treating its factory workers poorly. The audit found a number of workplace practices in violation of the law, which Foxconn agreed to address.

Soon after the launch of the iPhone 5, incidents broke out amongst Foxconn employees, including a fight that was only ended when law enforcement stepped in. A number of employees were sent for medical treatment. Soon thereafter, thousands of Foxconn employees went on strike outside of the factory. A release by the China Labor Watch suggested the protests were directly related to heightened quality demands that caused so much tension among the employees that fights broke out between quality insurance inspectors and the assembly line. The China Labor Watch also said the protests disrupted the factory’s production of iPhone 5s.

hat tip The Next Web; Foxconn image via chrisbulle/Flickr