FoxNext Games is the game division of Fox Entertainment Group, which also owns the Fox broadcast TV network and the 20th Century Fox movie studio. FoxNext Games recently acquired Aftershock (formerly part of mobile game publisher Kabam), and a team that was already working on this Marvel title. Today, the companies are unveiling the name of the game and a description of the tactical RPG, said Aaron Loeb, the president of the internal game studio at FoxNext Games, in an interview with GamesBeat.

The game will join its place among a lot of other Marvel games in the market, including NetMarble’s Marvel Contest of Champions. Another PC and console-based title, Marvel Heroes from Gazillion, is also being shut down. 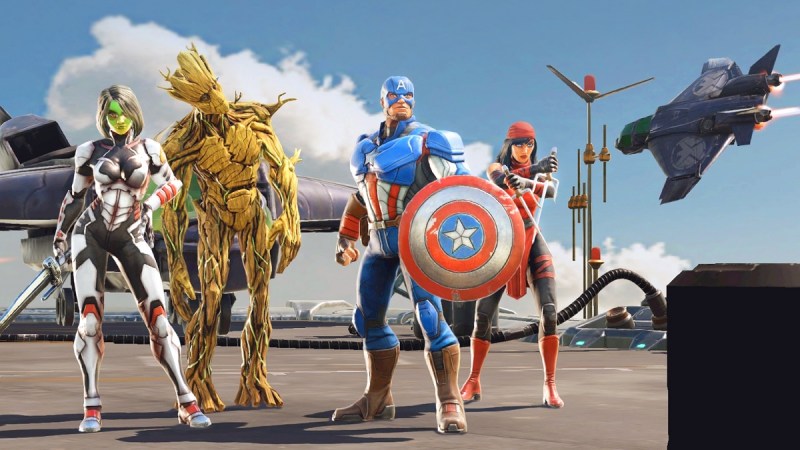 Above: Marvel Strike Force pits one team of heroes against another.

FoxNext Games is shooting for high-end graphics that will satisfy hardcore gamers. You can play a single-player campaign (player-versus-environment) or challenge other human players in a battle that pits one team against another.

Marvel Strike Force will debut in 2018 on mobile devices. The game tasks players with recruiting squads of Marvel’s greatest superheroes and villains. As the player, you join forces with S.H.I.E.L.D. director Nick Fury to form a team of heroes and then challenge another to combat. The heroes fight the opponents automatically. If you have chosen the right line-up, your heroes will beat the other team.

You can enlist characters including Iron Man, Captain America, Black Widow, Spider-Man, Venom, Star-Lord, Gamora, Daredevil, Doctor Strange, and more. Human players can ally with other players to form alliances and then engage in competition with other alliances. You can collect gear and upgrades to make your team stronger. 20 players can be in one alliance. 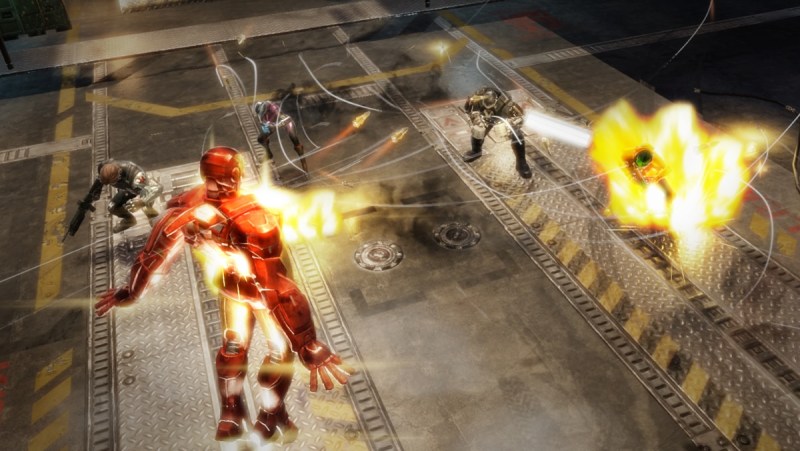 Above: Iron Man is multitasking.

Loeb, who was also a studio exec at Aftershock and Kabam, said that the team started the work on the game at Kabam and then transitioned to Aftershock (after Kabam sold its Vancouver studio, which made the Marvel Contest of Champions game, to NetMarble). When FoxNext Games bought Aftershock, it also acquired the game and its team. Altogether, FoxNext Games has more than 100 employees in Los Angeles and San Francisco. Another team is working on a game based on the Avatar films.

“We made sure that the team was protected from the changes,” Loeb said.

While Marvel Contest of Champions pits one hero against another, Marvel Strike Force is a team game, with a lot of social mechanics and a story.

“You’ll see the heroes moving an interacting,” Loeb said. “It’s a very fluid animation system. They team up spontaneously to fight an opponent.”

A villain named Ultimus has invaded the universe, after conquering other universes. Your job is to eject him. In the fighting, you don’t control your character from moment to moment.