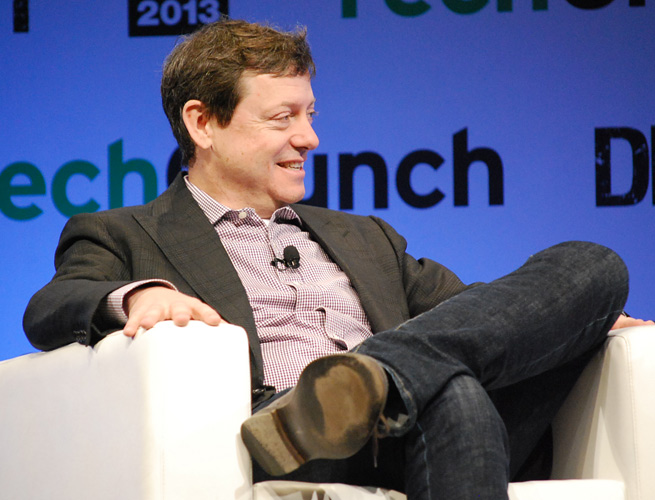 NEW YORK CITY — All-star investor Fred Wilson has weighed in on the ongoing saga of location-based service Foursquare and whether the company is in trouble.

Wilson is best-known as the co-founder of New York’s Union Square Ventures and his popular blog A VC. He has invested in big names in tech like Kickstarter, Twitter, Tumblr, and Zynga.

As an investor in Foursquare, he certainly has an incentive to say nice things, but Wilson is also known for his honesty and insight. He believes Foursquare is fine and growing more quickly than people might expect.

“I think Foursquare is doing great,” Wilson said today on stage at TechCrunch Disrupt NY. “The new version is growing faster than most mobile apps we have in our portfolio.”

He also said he has confidence in Foursquare CEO Dennis Crowley to continue moving the business forward and that the business has similarities to where Twitter was a few years ago.

“Dennis has gone through the hardest thing — turning a product into a business,” Wilson said. “It reminds me of where Twitter was a few years ago. There were a lot of growing pains. But they are in a good place now.”

Crowley spoke yesterday on stage here and admitted the company wasn’t “the shiny new thing anymore.” Still, he defended his business vigorously and said this past March was Foursquare’s highest-generating revenue month so far.

“There’s a lot of perception we’re not growing — that’s totally false,” Crowley said yesterday. “A lot of folks think we aren’t generating revenue or that we don’t care about revenue. They’re wrong.”