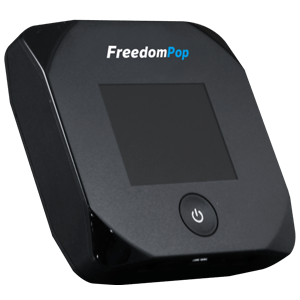 The free internet service FreedomPop is gearing up to expand its reach across the U.S. — though it’s looking to an older cellular network to do so.

“The reality is we’re waiting for LTE, but it’s taking too long for the Sprint build-out,” said Stephen Stokols, FreedomPop’s chief executive, in an interview with VentureBeat today. “We don’t want to sit around for the next six months or so on just the (WiMax) 4G  coverage we’ve got now.”

The company isn’t leaving its existing users behind. Stokols tells me FreedomPop customers will be able to exchange their current devices — including the company’s iPod Touch sleeves and USB sticks — for the Overdrive Pro. Going forward, the company is focused on delivering new Sprint-compatible LTE devices by the end of the year.

“We really wanted to prove the business model [could work],” Stokols said while pointing out that offering free Internet could have easily led the company to bleed cash. “We’re almost six months into the beta, we’ve got viable metrics, and as a company we’ve done a good job of creating algorithm that tell people of how much they’ve used.”

FreedomPop didn’t have much to say about its progress yet, but Stokols told me it’s seeing gross margins of 50 percent. The company’s subscribers are also inviting around 17 people to FreedomPop on average, which gets them some free Internet access and FreedomPop free marketing.

Additionally, he noted that the company has learned quite a bit about launching new wireless devices in the U.S, which involves learning how to deal with federal regulators and wireless carriers.

“You’ll see more devices come to market down the line, and we’re going to be much more efficient on doing that,” he said.