High-end audio technology startup Devialet has announced a $20 million funding round today as the French company opens pre-orders in the U.S. for its funky spherical “Phantom” wireless speaker.

After 10 years in development, Devialet has 88 patents and awards galore for its audio-engineering technology, with amplifiers on the market since 2010. With the Phantom, however, Devialet delivers a 750 watt all-in-one amp and speaker, costing an eye-watering $2,000, with a 3,000 watt incarnation setting you back an extra $400.

Yes, the Phantom is for all you audiophiles out there, and it promises “zero distortion, zero saturation, and zero background noise,” while “reproducing the soundstage and musicality of speakers 20 times its size.” 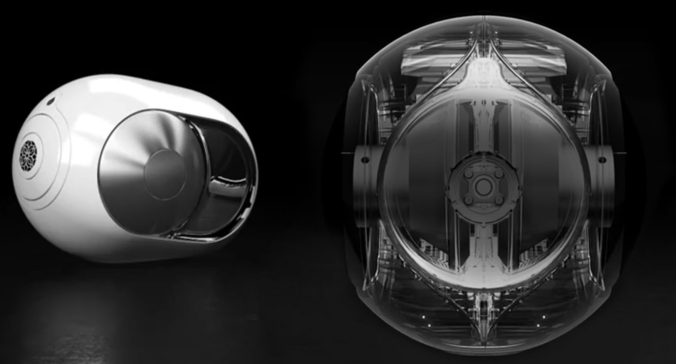 While the Phantom isn’t a cheap piece of kit, it nestles nicely in a burgeoning, sizable “niche” — there has been a slew of high-quality audio products hitting the mainstream market in recent times.

Long before Apple acquired Beats Electronics, Dr. Dre made a monumental success of his premium Beats headphones brand, while Tidal launched in the U.S. last year bringing a “lossless” audio-streaming service to market — shortly before Jay Z acquired it. Then there’s Devialet’s fellow French company Qobuz, which also specializes in high-definition streaming and downloads, which will undoubtedly sound better on a top-notch sound-system à la Phantom.

There has always been demand for high-quality audio, which is why news of Devialet’s $20 million funding round, led by French business magnate Bernard Arnault, should come as little surprise. This takes the company’s total funding to the $50 mark, having raised $30 million back in 2012.

The Phantom will be shipping to U.S. customers in July but you can state your intent from today by pre-ordering a unit, costing $1990 for the standard Phantom and $2390 for the 3000 watt Silver Phantom.