In an interview, Freshdesk president Dilawar Syed said he hopes Hotline.io will make Freshdesk the most robust in-app messaging support service on the market for mid-size to large companies.

As an example of the need he hopes to fill, he cited the limitations of the customer service support app for Uber, which is one of the fastest-growing global apps offering on-demand service. If you push the customer support button on Uber’s app, he noted, it provides a list of support topics in static text. By contrast, Freshdesk can transform these static texts into synchronous messaging via multiple channels (see image below) so that a customer can chat with an agent on any number of issues, from requesting a refund to getting a status update on a ride.

“Synchronous messaging is at the heart of Hotline.io,” Syed said. 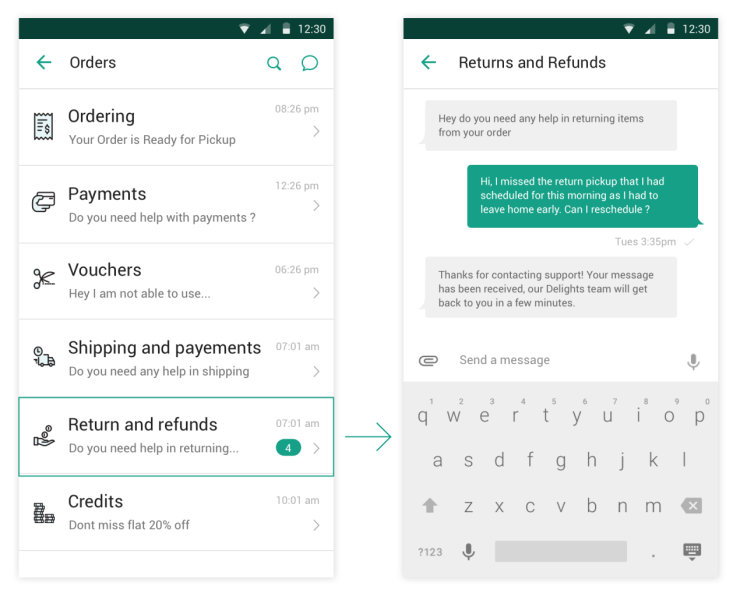 The Hotline.io service comes to market as messaging continues to rise in popularity, with customers increasingly relying on chat apps like WhatsApp and Messenger. These customers are also turning toward mobile retail and other on-demand services — and they’re expecting rapid resolution to their customer support queries. Importantly, they want to get this support via messaging.

Freshdesk faces several customer support competitors, like Zendesk (which currently powers Uber’s support), Desk.com, Salesforce, and Zoho Support. And on the mobile marketing automation side, there are players like Kahuna, Appboy, and more. But those messaging services don’t have integration with the support that Freshdesk offers, Syed said.

This year’s VentureBeat Mobile Summit will feature several sessions around mobile messaging, and Freshdesk’s VP of Marketing, Jill Soley, will be participating. The executive-level event takes place April 4-5 at the scenic Cavallo Point Resort in Sausalito, CA.Space is limited to 180 executives — but it’s not too late to apply for one of the remaining seats.

The Hotline product was made possible after Freshdesk last year acquired a company called Konotor and merged it with Freshdesk’s own MobiHelp offering. In addition to real-time support, Hotline.io lets businesses engage in automated marketing activities. For example, it allows them to target segments of customers with in-app announcements, status updates, promotions, and other targeted messaging.

San Bruno, California-based Freshdesk launched six years ago and says that it has 50,000 global customers, including 3M, Honda, Hugo Boss, and University of Pennsylvania.