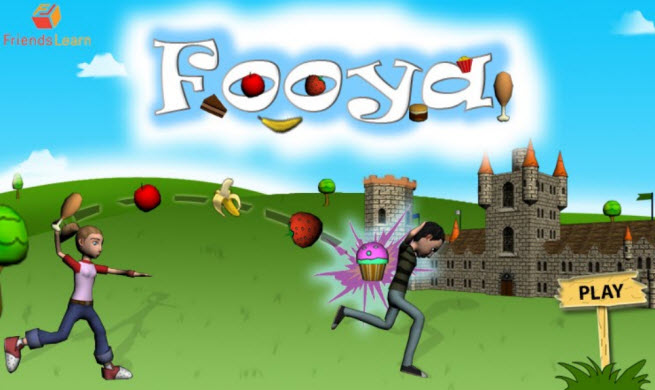 Edutainment, or the melding of education and entertainment, has been around for a long time, but it has never really worked that well. Hoping to change that, startup FriendsLearn is working on what it calls a “learnification” platform, where it teaches you via gaming experiences on Facebook and mobile devices.

The startup is announcing its Fooya food-fight game today. And behind the scenes, the company notes, it measures and tracks what you are learning via its underlying learning platform. FriendsLearn is launching the new alpha test for its Fooya social game on Facebook today at the DEMO spring 2012 event today in Santa Clara, Calif.

In contrast to other learning games targeted at kids, FriendsLearn’s games are aimed at teens or young adults, whether they are in school or not.

“We are focusing on personal education, which isn’t necessarily tied to an institution,” said Bhargav Sri Prakash (pictured below), chief executive and founder of the company, in an interview with VentureBeat. 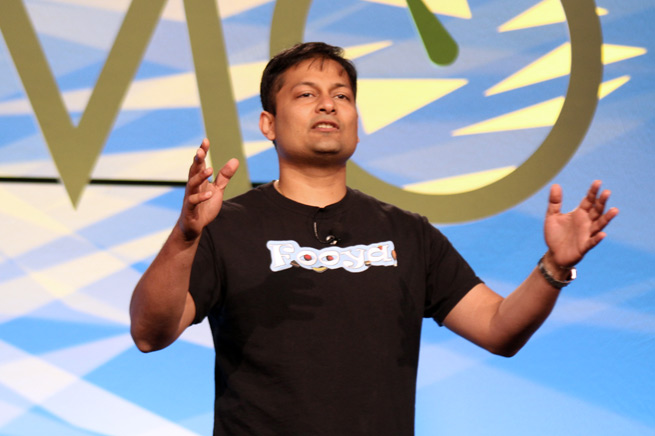 He says FriendsLearn hopes to learn from its predecessors, tapping the freemium model of Zynga’s FarmVille, the rich gameplay of League of Legends, and the mobile accessibility of iOS games. While it won’t be easy to make high-quality educational games, FriendsLearn has drawn on a lot of experience in the field. 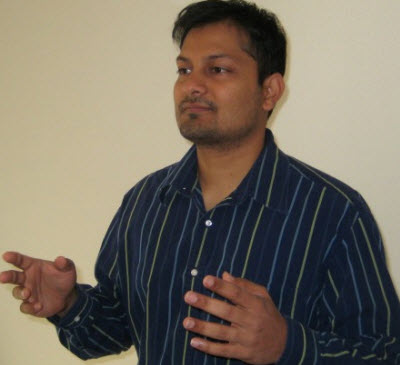 Prakash started a company called Vmerse a few years ago that built 3D multiplayer games to help universities recruit new students. The first game created by Vmerse was used by the University of Michigan Law School and it quadrupled applications.

Prakash (pictured right) sold Vmerse in 2009 and started San Jose, Calif.-based FriendsLearn in 2011, after he did a stint as a fellow at the Kauffman Foundation’s KLABS Education Ventures Initiative. FriendsLearn created a title for the U.S. State Department to help recruit students from abroad to study at U.S. universities. The game, “Your 5 Steps to U.S. Study,” launched in March and has been played thousands of times. The title is aimed at helping people more easily understand the complexities of studying in the U.S.

It isn’t a huge audience, but it has given FriendsLearn deeper insight into its target market, which includes “digital natives and the gamer generation.” This generation could use more help because the current educational system in the U.S. has a lot of shortfalls.

Now the team is shifting away from games built for clients and is making games that are directed at general consumers on Facebook. Fooya, for instance, isn’t obviously education-oriented. In the fast-paced game, you launch foods at other players. The educational part is that you have to learn about high-fat foods so you can throw them at your friends.

“We start with an interesting game mechanic, in this case throwing foods,” Prakash said. “Then we add the learning element to it. Your health in the game depends on the nutritional value of the foods that hit you.”

The company has games in its pipeline that are aiming at delivering an engaging 3D social game experience while enhancing a gamer’s understanding of personal education topics. The aim is to enable people to be more successful in their lives by teaching them what they need to know. In addition to launching on Facebook, the company also plans to adapt its games for the Apple iTunes App Store and the Android Google Play market. 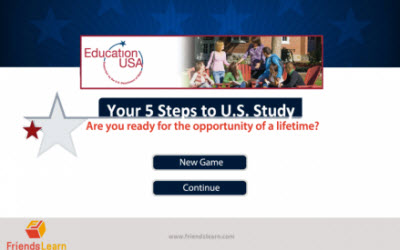 FriendsLearn has seven full-time employees and five part-timers. The company was formed in 2011, and it has no real direct competitors in the social and mobile game space. It is self-funded, except for a grant from the Kauffman Foundation’s Education Ventures Initiative. To date, Prakash has created five companies.

Prakash is aware that a lot of educational game companies have failed.

“We focus on engagement and core mechanics that draw people in and get them addicted,” Prakash said. “Then we embed the learning inside the core game mechanics.”

At the DEMO conference following the startup’s presentation, investors didn’t think the game would actually appeal to kids. Sheila Jordan, Cisco’s senior vice president for communications and collaboration, said, “I don’t think it would have the stickiness that was intended.”