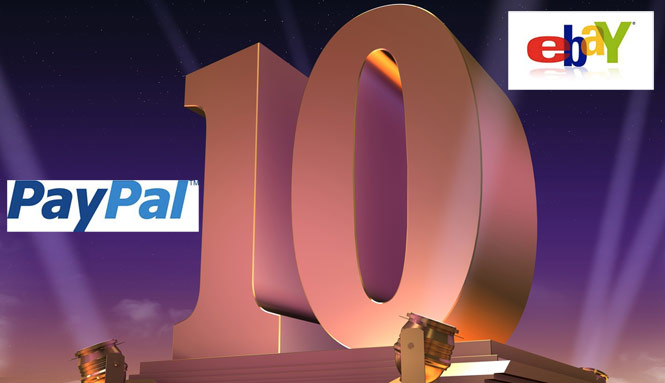 Ten years ago today, eBay announced an acquisition that might rank as one of the most successful Silicon Valley purchases ever. In fact, it sits third on Ranker’s list of smartest tech acquisitions.

I’m talking, of course, about PayPal, the “subsidiary” that now accounts for well over a third of eBay’s total revenue — and gaining.

Since the deal completed, PayPal has moved more than half a trillion dollars in payments and grown from 23 million regular users to over 110 million. VentureBeat spoke to PayPal’s senior director of global communications, Anuj Nayar, about the anniversary.

Above: PayPal revenue as a percentage of eBay revenue

“There’s very few of these acquisitions that are universally seen as a success story,” Nayar said. “But eBay buying PayPal was maybe the most successful acquisition in Silicon Valley history. PayPal now accounts for 38 percent of the total company’s revenue.”

The purchase price was $1.5 billion dollars, but not a penny was actually paid. Instead, the deal was a tax-free stock-for-stock exchange: .39 eBay shares for every PayPal share.

In return, PayPal has generated about $20 billion in revenue for eBay over the past decade. In fact, this year alone PayPal expects to process more than three times the initial purchase amount — $7 billion — in mobile payments alone.

There’s some irony there, as Nayar notes:

“In 1998 the original business model was to move money between two Palm Pilots … and the online payments was a side business.” Now, he says with a trace of humor, “the hot new thing is to use your mobile phone as a wallet.” 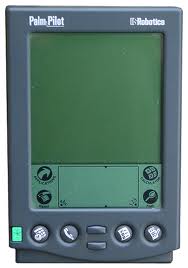 Above: It all started on a Palm Pilot?

Money on a mobile device is essentially how PayPal began. And a recent re-organization by PayPal president David Marcus has refocused the company on mobile, putting former mobile chief Hill Ferguson in charge of all PayPal product groups.

“The payments market is getting more and more competitive … every morning I check VentureBeat and there’s another digital wallet company starting up. We are definitely doubling down on accelerating innovation.”

As we reported late in June, competitors include Facebook, Google, and Apple. None of those are competitors to be taken lightly. One owns the world’s largest social graph, and the other two have a stranglehold on the mobile devices that hundreds of millions of people currently  use … and billions more probably soon will.

Nayar knows PayPal is in for the fight of its life but likes the company’s chances.

“There’s a very different level of consumers buying in when you’re talking about your money. You need scale and you need trust.”

PayPal will need to grow both of these to have a future decade as successful as its past decade.

A brief history of PayPal: