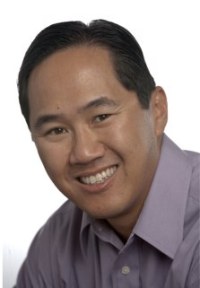 [Richard Wong, a venture capitalist with Accel Partners, submitted this piece to VentureBeat.]

Mobile has never been hotter with the iPhone, Android,  the explosion in mobile advertising, and the rise of mobile apps, but, you’d never know it walking around the mobile conference called CTIA, held here in San Diego today.

The CTIA show that once was the key meeting place for the mobile industry seems less and less relevant with each passing year.  We wrote about this trend in early 2008, calling it “the end of the operator ecosystem,” the notion being that operators were losing their dominant gravity in mobile, and the “off-deck” or “open mobile” model was exploding as the next key wave in mobile.

What does this “open mobile” thing mean?  Many of us who are mobile startup veterans often stood around at CTIA in years past, attending meeting after meeting to make sure we “got that Verizon deal” or “got that Vodafone deal.” These deals were transformative to our startup companies.  Companies of this ‘Soviet era of mobile,’ such as Phone.com or Infospace or Jamdat went public or were acquired for hundreds of millions on the strength of one or two key deals with operators. 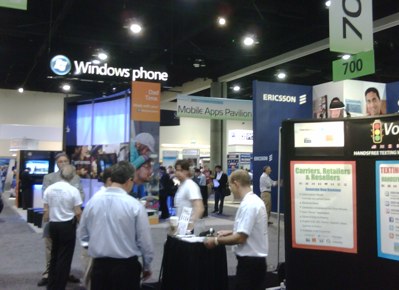 This is no longer the case. The industry is opening up in a very healthy way – many innovative startup companies no longer need to work with the operators to get going.  Many startups are now using alternative “offdeck” modes of distribution such as buying mobile ads from Admob or using appstores such as Getjar.com or Handmark.com as ways to distribute, rather than “getting the ‘operator’ deal’.

This is goodness. It speeds up the pace of innovation for mobile startups and raises the tide for everyone in the ecosystem, the operators included.  Similar to AOL’s walled garden on the Internet circa 2001, the phone operator’s walled gardens have been cracking for a while now. But at this CTIA, traditionally an “operator show,” the lack of interest by participants punctuates the crashing of those walls.  The industry owes a thank you to Steve Jobs for the iPhone and now the Android team for really kicking those walls over. 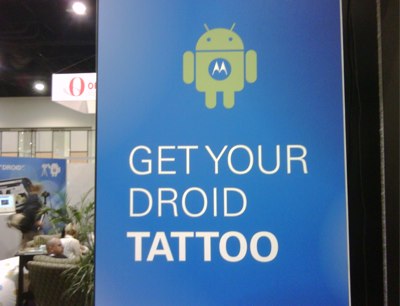 So, some things that were interesting to me around the show that have helped drive this next wave:

The Android party is starting for real — The old mobile MENS club (Motorola, Ericsson, Nokia, Siemens), is being swept away for good, to be replaced by a new generation of smartphone innovators  (see The end of the mobile MENS club).  It’s hard to recall just a short 5-6 years ago, before the iPhone, and before Android, how much the industry was controlled by what Motorola and Nokia chose to put in their phones, and the rise of these “Open OS” players means that consumers and developers now have a much greater say.  Most of these Android announcements have been reported independently, but interesting to see them together and the only buzz on the show floor are people checking out these devices.

Let’s see, with T-Mobile already in the Android camp, and AT&T, Sprint, and Verizon announcing at this show the movement towards Android, that’s ALL the major carriers in the US moving to include Android. While its taken 6+ years, nice work Android team.  Watch for the announcements at MWC Barcelona in February next year for Europe.

Here are the links: 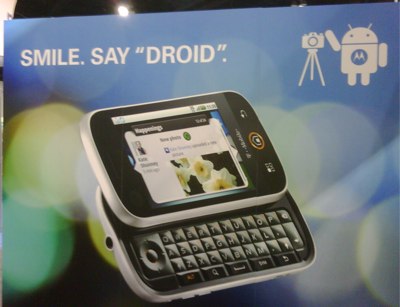 “Off Deck” ways to distribute – In addition to new handsets, a key reason why the mobile operators have largely given up on their “walled garden” approaches is the rise of alternative or ‘off-deck’ modes of distribution.  Mobile advertising player, Admob, publishes a report monthly on its metrics, and on Admob’s network alone, there were 10.5 billion ad requests in August as opportunities to advertise directly to mobile consumers without having to do an operator “deal.” When added to the impressions logged by the Nokia, Google, Jumptap and other ad networks, that’s a lot of impressions to reach consumers.

Similarly, Getjar announced over 50 million app downloads of mobile apps in August.  The Apple AppStore announced over 2 billion apps downloaded since its launch in July 2008.  Other innovators are now learning how to use Facebook, and Twitter as social media channel for app distribution.  Simply put, all of these “off deck” distribution vehicles allow startups to get moving without requiring a long sales cycle to negotiate an operator deal. So that’s why fewer and fewer developers are making the trek to CTIA to “pitch their companies to the operators.”  To be clear, I think the operators can still be a powerful accelerant, and companies such as NIM, or TeleNav have benefited greatly from their carrier deals. But, it can be a tough, high-friction way to get started.

I’m not covering the event comprehensively. I just picked out the things that were interesting from one person’s perspective.  Mobile has been a tough space for startups these past seven years, and perhaps some of us are overly optimistic, but I believe this wave of “open mobile” will create some major winners just as the Broadband internet revolution (and dot com crash) helped the rise of world beaters such as Google, YouTube, Facebook and others.

(Disclosure: Accel Partners, where Richard Wong is a partner, is an investor in mobile companies such as Admob, Getjar, MetroPCS, Mig33, and NextG Networks – among others)