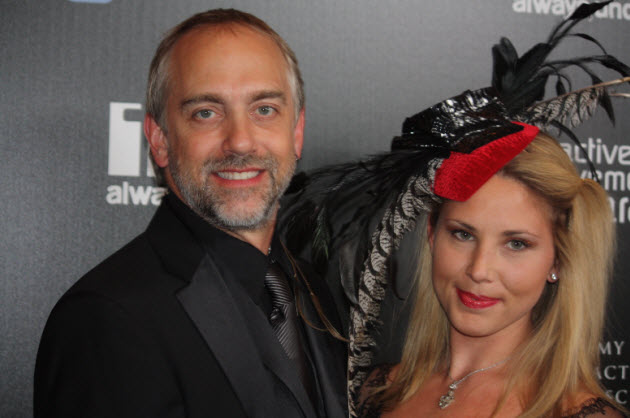 Until recently, Richard Garriott, was in outer space. But as we noted in our story this week, Garriott has come down to earth and is now the co-founder of Facebook game company Portalarium.

The new startup says a lot about the direction of the video game industry, as Garriott joins an exodus of game veterans pursuing the Gold Rush of social games. We caught up with Garriott at the Dice Summit’s Interactive Achievement Awards.

In an interview, Garriott said he has been blessed to be at the beginning of some very big things. Nearly three decades ago, he began making some of the first professionally-produced video games at Origin Systems (later bought by Electronic Arts), creating big hits such as the Ultima role-playing games. He started another of the game industry’s hot trends with the launch of Ultima Online, a pioneering game that kicked off the MMO industry when it debuted in 1997. He started Destination Games, sold it to Korea’s NCSoft in 2001, and worked for six years on the ambitious sci-fi MMO game Tabula Rasa. That game launched in 2007 but didn’t take off, becoming one of the great duds in game industry history. Then Garriott left the planet, paying $30 million for the privilege of riding a private rocket into space. We talked with him about Portalrium in the video below.