The Federal Trade Commission today announced it has settled allegations that Tapjoy misled its customers and game developers over rewards promised for completing its advertising offers.

In a statement from commissioners Rohit Chopra and Rebecca Kelly Slaughter, the FTC said Tapjoy failed to properly police its mobile gaming advertising platform, cheating developers and gamers out of promised compensation and awards. They said the “explosive growth of mobile gaming has led to mounting concerns about harmful practices, including unlawful surveillance, dark patterns, and facilitation of fraud.”

In a signal that indicated its larger interests, the federal commission said it must closely scrutinize today’s gaming gatekeepers, including app stores and advertising intermediaries, to prevent harm to developers and gamers. Chopra said in no uncertain terms that the FTC is scrutinizing companies such as Apple and Google for their gatekeeping policies. Tapjoy is a small part of the mobile ecosystem in the grand scheme of things, but regulating this company is part of a larger trend in which the FTC expects to regulate all platforms for apps and games, based on the statement from Chopra, which Slaughter joined.

San Francisco-based Tapjoy has been around since 2007. It started as a mobile advertising platform specializing in ads known as offers. If a gamer completes a task like watching a video ad or signing up for a subscription, Tapjoy enables that gamer to earn an in-game reward they might otherwise have to pay for. These offer-walls have been a good way to monetize players who wouldn’t normally make purchases in a game, making Tapjoy a kind of intermediary between gamers, developers, and advertisers.

The proposed settlement does not remedy past harms, but it will require Tapjoy to better police its platform to prevent abuses going forward.

Reached for comment, Tapjoy CEO Jeff Drobick said in a statement, “We are committed to facilitating a marketplace for consumers, advertising partners, and publishers to transact with each other in a fair and clear way while ensuring timely access to customer service.”

He added, “Back in 2017, the FTC raised concerns around reward delivery. Over the past three years, we have enhanced the rewarding process and customer interaction and worked to reach a resolution that we believe benefits consumers, Tapjoy’s partners, and our business overall. In accordance with our agreement with the FTC, we will further increase our efforts with advertisers to improve the clarity and transparency of their offers, and we will add enhancements to our offer testing and reward monitoring processes. We remain committed to improving our end-to-end consumer experience and expect the continued enhancements will benefit all of our stakeholders.” 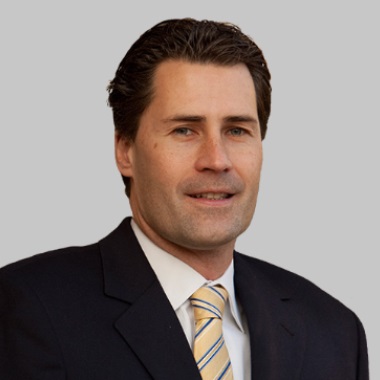 Tapjoy woos developers into integrating its technology by promising payments for user activity. In a mobile gaming experience where developers use Tapjoy’s advertising platform, Tapjoy displays special offers. When gamers complete these offers, such as by signing up for subscriptions or making purchases, Tapjoy credits the user’s account with coins or other currency for use in the game, and developers receive a percentage of Tapjoy’s advertising revenue.

But many players jumped through hoops — and even spent money and turned over sensitive data — to complete Tapjoy’s offers only to receive nothing in return, the FTC said. It alleged that Tapjoy amplified false offers from its business partners, who baited players with big rewards only to cheat them when it came time to pay up. Tapjoy did little to clean up the mess, even when hundreds of thousands of gamers filed complaints, the FTC said. This also harmed developers of mobile games, who were cheated of advertising revenue they were entitled to.

Chopra said Tapjoy’s conduct violated the FTC Act’s prohibition on unfair practices, as well as the prohibition on deceptive practices. The FTC’s proposed settlement requires the platform to implement screening and testing procedures to weed out advertisers that cheat gamers and developers. This provision will help ensure Tapjoy takes more responsibility for fraud, rather than facilitating it.

The FTC said Tapjoy is not the only platform squeezing developers. In fact, the firm is a minnow next to the gatekeeping giants of the mobile gaming industry, Apple and Google.

Chopra said, “By controlling the dominant app stores, these firms enjoy vast power to impose taxes and regulations on the mobile gaming industry, which was generating nearly $70 billion annually, even before the pandemic.”

The Tapjoy matter highlights how the lack of clarity regarding the scope of immunities conferred by Section 230 of the Communications Decency Act has given legal ammunition to platforms seeking to shirk responsibility for their commercial activity, including sales and advertising practices, the FTC said. This lack of clarity undermines the ability of the FTC and other regulators to obtain adequate monetary relief for misconduct. In other instances, users can receive rewards directly through the game, Chopra said.

“We should all be concerned that gatekeepers can harm developers and squelch innovation,” Chopra said. “The clearest example is rent extraction: Apple and Google charge mobile app developers on their platforms up to 30% of sales, and even bar developers from trying to avoid this tax through offering alternative payment systems.”

While larger gaming companies such as Epic Games are pursuing legal action against these practices, “developers and small businesses risk severe retaliation for speaking up, including outright suspension from app stores — an effective death sentence,” Chopra said.

This market structure also has cascading effects on players and consumers. Under heavy taxation by Apple and Google, developers have been forced to adopt alternative monetization models that rely on surveillance, manipulation, and other harmful practices, Chopra said.

For example, many developers are turning to “loot boxes” to squeeze more revenue out of gamers. These loot boxes deploy dark patterns and other deceptions to lure gamers — often children — into purchasing in-app rewards of randomly assigned value, turning videogames into virtual casinos. As detailed in a recent FTC report, this addictive phenomenon emerged as a direct consequence of changing monetization models in the industry, with developers increasingly relying on recurring revenue, such as through in-app purchases, rather than upfront sales, Chopra said.

Mobile gaming’s market structure is also forcing developers to create revenue streams that are not subject to app store taxation, including through intrusive behavioral advertising. Last year, for example, the FTC brought an action against Hyperbeard, a developer of child-directed games charged with allowing major ad networks to surveil users — including children — in order to serve behavioral advertising, Chopra said. This type of conduct violates the Children’s Online Privacy Protection Act, but Hyperbeard’s surveillance practices are not unique. In fact, Google encourages game developers on its platform to adopt this monetization model, claiming “users expect free games,” Chopra said.

Today’s action against Tapjoy reveals another monetization model developers are turning to in the face of fees and restrictions imposed by app stores. By offering a platform connecting advertisers, gamers, and game developers, Tapjoy enables these developers to generate advertising revenue that Apple and Google do not tax. But this monetization model also creates opportunities for fraud, and the commission’s complaint details how Tapjoy allowed this fraud to fester, Chopra said.

He said developers of mobile games are delivering creative content that keeps Americans entertained and engaged, but game companies face many gatekeepers, even beyond the dominant app stores. Game developers relied on Tapjoy to generate revenue for themselves and offer gamers a way to earn currency to enhance their play. But Tapjoy’s failure to screen fraudulent offers left both gamers and developers holding the bag, Chopra said.

“The settlement proposed today should help reverse the lax policing practices that led hundreds of thousands of gamers to file complaints,” Chopra said. “But when it comes to addressing the deeper structural problems in this marketplace that threaten both gamers and developers, the commission will need to use all of its tools — competition, consumer protection, and data protection — to combat middlemen mischief, including by the largest gaming gatekeepers.”

A spokesperson for Google noted a recent blog post from Google Play vice president Sameer Samat. The post said, “Android has always allowed people to get apps from multiple app stores. In fact, most Android devices ship with at least two app stores preinstalled, and consumers are able to install additional app stores. Each store is able to decide its own business model and consumer features. This openness means that even if a developer and Google do not agree on business terms the developer can still distribute on the Android platform.”

The post also said, “We only collect a service fee if the developer charges users to download their app or they sell in-app digital items, and we think that is fair. Not only does this approach allow us to continuously reinvest in the platform, this business model aligns our success directly with the success of developers.”