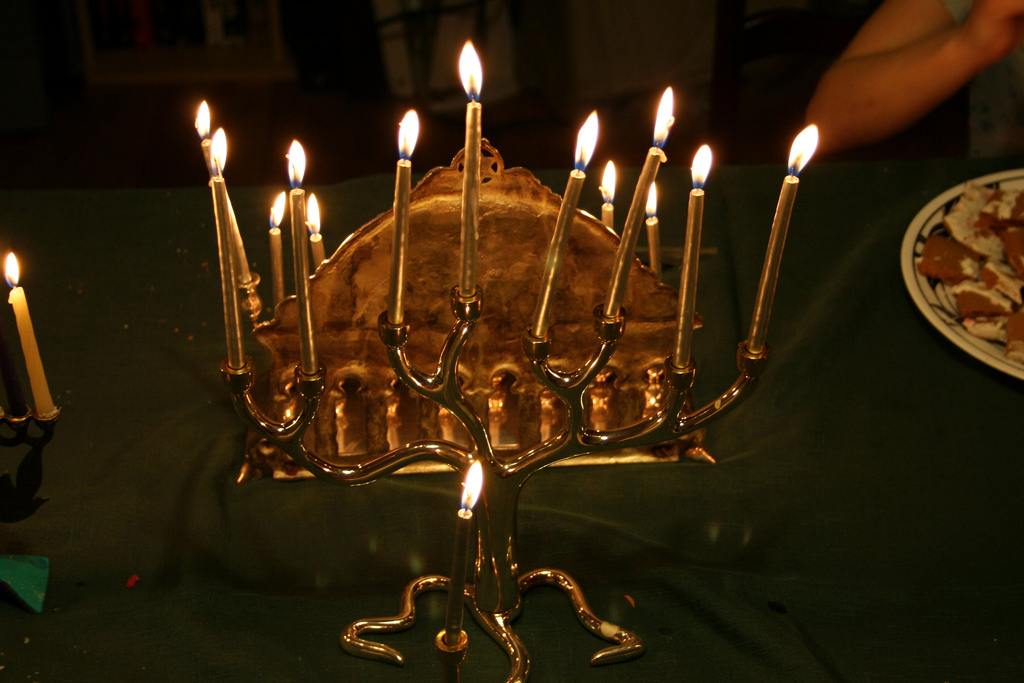 This past Saturday was the last night of Hanukkah. Alas, this week, no more golden glow of the menorah or gifts after a long day of covering funding news for me. I shall settle for posting one, final picture of a menorah.

Glossybox shines with $72.4M to beautify the world, 1 travel-sized product at a time

Glossybox made a powerful entrée this morning, announcing that is has shipped its two millionth box and has received $72.4 million (55 million euros) in overall financing. This European version of Birchbox delivers monthly packages filled with beauty products to its community of subscribers. Along with the fresh, sparkling funding news, Glossybox also announced shipping its 2 millionth box. The service has more than 200,000 customers around the world, and all these demonstrations of traction attracted the attention in investors looking to get in on the action. German accelerator Rocket Internet, Holtzbrink Ventures, and Investment AB Kinnevik participated in this round, which is a first for Beauty Trend Holding. Read more on VentureBeat.

With $8M in seed, Urban Compass still leaves us lost for answers

The internet used to be about anonymity and distance. These days with the popularity of smartphones, it is all about local services. Stealth startup Urban Compass has snagged a massive $8 million seed round from Founders Fund, Goldman Sachs, and others. This is one of the largest seed rounds this year. This news was initially reported by TechCrunch, and while the product is still largely under wraps, it is known that it involves software (shocking). At this point, the main thing recommending Urban Compass are its founder Ori Allon and Robert Reff. Allon is an engineer who has sold businesses to Google and Twitter and Reffkin formerly worked as a banker at Goldman.

Hot on the heels of its $3.75 million seed round in August, Influitive is continuing to climb. Today, the company announced that it closed a $7.3 million Series A, bringing its total for the year to over $11 million. Influitive’s software helps businesses mobilize their customers into advocates and use these advocates strategically as part of marketing campaigns. The products are geared towards business-to-business companies, rather than those selling consumer-facing products. The new funding will help the company build its marketing, sales, and service teams and further development of AdvocateHub. Hummer Winblad and Relay Ventures led this round, with participation from existing investors Lightspeed Venture Partners, New Enterprise Associates, Illuminate Ventures, and other angels and firms. Read more on VentureBeat.

Mc10 has raised a $10 million funding round to develop its line of wearable electronics that are light and flexible enough to conform to the human body. The company’s digital products can be placed inside or outside the body; they include sensors that chart blood pressure, brain activity, muscle function and hydration levels. On the consumer side, where it has received the lion’s share of attention, the company competes with wearable electronics companies like Battle Sports Science and Impakt that produce tools for fitness junkies.Today, the company raised capital from medical device-maker Medtronic, and existing venture investors, North Bridge Venture Partners and Braemar Energy Ventures, among others. To date, the founders has received $33 million in funds. Read more on VentureBeat.

Search engine for people Ark raised $5 million in financing. Ark.com has more than 30 filters including location, school, employment, and interests. The technology can be used to find old classmates, expand your social network, or search through your friends for specific qualities. The company was started when founders Patrick Riley and Yiming Liu were participating in Y Combinator and decided to index over a billion social profiles to make finding people online easier than a needle in a haystack. Ark grabbed a hefty $4.2 million seed round in April, bringing its total to over $9 million. Read the filing.

Facebook is the new Bergdorfs: Zindigo paves the way for aspiring fashion entrepreneurs

Zindigo announced today that it raised $4 million in angel funding. Zindigo enables entrepreneurial fashionistas to open boutiques on Facebook and earn 40% of every sale. Users can either open a shop dedicated to an individual designer or a virtual store that carries multiple brands. Zindigo has over 80 apparel and accessories designers on the platform, and it is a compelling option for brands looking for greater exposure and distribution, users that would love to indulge their style obsession in a lucrative way, and consumers that prefer a more curated, intimate shopping experience. Read more on VentureBeat.

See.me is an online community of 580,247 artists. After a strong showing at the prestigious Art Basel show in Miami Beach, See.me unveiled $1.5 million in backing to expand its platform to all types of creatives. On See.me, artists create online profiles and portfolio that can be easily shared. The network connects artists to each other, as well as to friends and art lovers from all over the world. The team is now 14 strong and based in Queens. With this seed funding from Founder Collective, OATV, SV Angel, NYC Seed and Joshua Stylman, it will be able to encompass photography, fashion, and music, as well as fine art. Read more on VentureBeat.

Librato Metrics helps businesses avoid the “infrastructure headache” with its monitoring solutions that collect data about IT operations and turns it into understandable and actionable form. The technology also sends alerts about issues that need to be addressed. It works with other data collecting agents including StatsD, CollectD, Nagios, Ganglia, and JMX and developers can build custom collectors. Formerly known as EverGrid, this is part of a Series A investment that will ultimately come to $1.4 million. Read the filing.

Nor by Nor West

Nor1, a Santa Clara-based company that creates “upsell” technology for the hospitality industry, filed with the SEC for $12 million in new funding. Nor1 offers pricing and merchandizing solutions for hotels that helps them figure out how much to charge and when. Its flagship product eStandby Upgrade is used by major hotel chains to help them interpret customer data in order to maximize profits. This brings the company’s total to $20 million. Read the filing.

100 million yen may not be the same as 100 million dollars, but it is still significant for Fuller Inc, a Japanese mobile software developer based in Tokyo. Fuller Inc today announced closing a seed round of $1.2 million, led by m8 Capital and Tokyo-based internet provider ASAHI Net. Fuller Inc makes phone optimization technology that seeks to “rethnk the way users deal with mobile utilities.” Read the press release.

Crowdfunding platform FundersClub officially closed its first fund, raising more than $500K for fellow Y Combinator startup Virool. FundersClub has been in the press a lot this year for its innovative approach to crowdfunding equity investments and its $6 million seed round. It is a platform that gives accredited investors from around the world access to a listing of vetted, early-stage companies. Virool was one of the first companies listed on the FundersClub site. The company offers social video advertising. Other investors in Virool include 500 Startups and Russian venture capitalist Yuri Milner. Read more on VentureBeat.