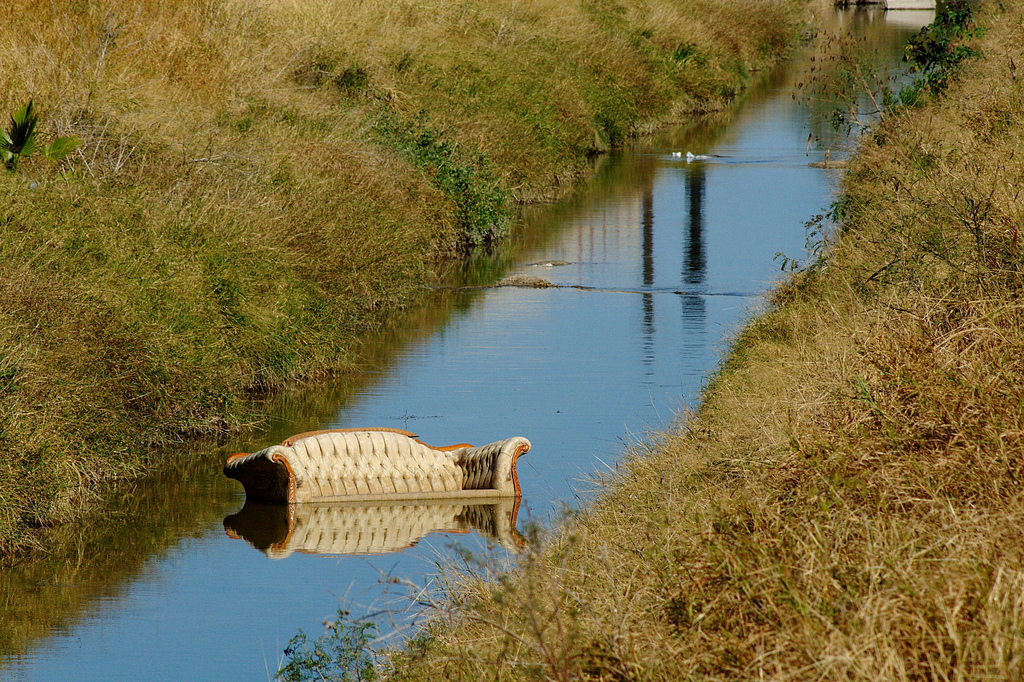 Mobile and e-commerce companies cleaned up the investment dollars today. Brazil continues to explode as a huge market for online retail and startups that offer solutions for mobile payments, security, and really anything mobile at all, are getting back my venture capital dollars. What do home goods, robots, and the CIA have in common? Read Funding Daily to find out.

Cardfree made its public debut today, revealing a top tier team of industry veterans and $10 million in venture backing. Cardfree is a white-label mobile merchant platform that businesses can use to manage their entire mobile payment system. Cardfree integrates with most major point-of-service systems (POS), and the platform ties together mobile, online, and POS channels. There are tools to deliver offers and promotions, accept payments, roll out loyalty programs and engagement campaigns, support for on-premise and advance ordering, as well as data analytics. This investment was led by Jeffrey Katz, the founder of Mercury Payments Systems. Read the press release.

In-Q-Tel, the Central Intelligence Agency’s venture capital firm, made a strategic investment and  technology development agreement with Tyfone to “bring mobile security in cloud and NFC transactions to the US government.” Tyfone provides secure mobile financial transactions and identity solutions, such as a mobile banking platform, identity management, and contactless near-field communication (NFC). Tyfone has over 50 issued and pending patents. By striking a partnership with the Portland-based company, the U.S. government can leverage the technology to serve national security. Read the press release.

Quantum Wave Fund (QWave) has pooled $30 million to create the first fund dedicated to companies developing quantum technologies. Quantum mechanics is a branch  of physics that studies matter and energy at the microscopic scale (to put it simply). QWave will invest in companies that are applying quantum materials and technologies  to solve real-world problems. So far, QWave has invested in startups tackling quantum encryption security, new materials, and quantum devices. QWave is headquartered in Boston with outposts in New York and Moscow and is seeking to ultimately close the fund at $100 million. Read more on VentureBeat.

Latin America is hot, hot, hot for e-commerce: Dafiti racks up $180M in under two years

Brazilian fashion e-commerce site Dafiti is raking in the dough, today announcing a $65 million investment. Dafiti is the largest online fashion retailer in Brazil. Similar to Zappos, it sells clothing, shoes, accessories, cosmetics, and and home wares, and offers perks like free shipping and returns. The technology market in Latin America, and particularly Brazil, is heating up. This fourth round of investment brings Dafiti’s total fundraising in the past two years to over $180 million. It was led by Quadrant Capital Advisors, which committed $32 million. AB Kennevik, Summit Partners, and other investors scooped up the remainder. Read more on VentureBeat.

Coveo, the Quebec-based big data analytics company, has received a massive $18 million from local growth equity firm, Tandem Expansion Fund. It is best known for its recently-launched Coveo for Salesforce product, a cloud-based application which delivers quantitative insights about customer interactions. The app works by pushing relevant real-time information to sales and marketing teams, whether its an account, a lead, or new opportunity. The company will use the funding to build out its sales and marketing team, as it anticipates “hyper-growth” in 2013. All major existing investors also participated in the round, including BDC Venture Capital, Propulsion Ventures SEC and Fonds de solidarité FTQ. This round of funding brings the company’s total investments to $34.7 million. Read more on VentureBeat.

Wayfair just can’t stop growing. The Boston-based home goods giant has raised a new $36 million to fuel the growth of Joss & Main, its membership-based sales site that combines deals, curated product lists, and star power. Joss & Main has roughly three million members and pulls in $100 million a year. Much of that success comes from its deep supply chain integration with Wayfair, which has become the second largest retailer of home goods in the United States. The company has projected sales of $600 million this year, which has helped fuel speculation that it could be preparing for an IPO. Investors for the new funding round include Battery Ventures, Great Hill Partners, HarbourVest Partners and Spark Capital, all of which helped Wayfair raise $165 million last year. Read more on VentureBeat.

Mobile game publisher MoMinis took a not-so-mini chunk of change as part of its second round of funding. Gemini Israel Ventures led the $6 million round to support MoMinis’ continued growth. Its games now reportedly reach 35 million users, 6 million monthly active users, 1 million daily active users, and more than 100,000 downloads a day. MoMinis develops games for Android and is the publisher behind mobile “mega-game” PlayScape. In addition to games, MoMinis also offers a suite of development tools, as well as solutions for marketing and distribution. This investment will contribute to the worldwide release of  nearly 100 games that are currently in the pipeline. Read the press release.

Watchup lets you create and consume customized newsreels on your iPad

Watchup closed an angel round of $500K today for its iPad app that lets users create their own newsreels from a curated lineup of trusted news brands. With vast amounts of media proliferating across the internet, news aggregation sites are popular sources for  news consumption. Well-known sites like FlipBoard and Prismatic do this for online articles and Watchup is applying the same principle to videos. Using a tap-and-play interface, people can queue up the videos they want to watch, link them together in a continuous stream, and watch their own customized newsreel.

In addition to content partnerships with outlets like The Wall Street Journal and Associated Press, WatchUp also struck strategic financial deals. It received backing from the prestigious Knight Foundation through its News Challenge, Digital News Ventures, Standford Angels & Entrepreneurs, and a string of media executives.

We’ve heard of virtual personal assistants, but what about virtual advocates? myEdGPS is an online platform that helps parents of children with special needs navigate the complicated educational system. myEdGPS has education planning tools that asset with prescribing an action plan, tracking progress, drafting letters to schools, organizing materials, and matching individual needs to partner programs. The platform opened up to beta testing earlier this week and today announced a $900K round of investment from angel investors.

Robots need apps and funding too

Robot yoga for the humanoid robot Nao is just one of the applications you can download from the RobotAppStore, which just landed a $250,000 investment from Grishin Robotics. RobotAppStore is the first robot app marketplace. The store supplies apps for consumer robots like iRobot’s Roomba vacuum cleaner, InnvoLab’s pet dinasour Pleo or Sony’s Aibo robot dog. Grishin Robotics is the brainchild of Dimitry Grishin, CEO of Mail.ru, a Russian email and social media portal worth around $7 billion. The RobotAppStore is Grishin Robotic’s second investment after Double Robotics, whose slinky telepresence robots seem designed to glide soundlessly around a chic interior. Read more on VentureBeat.