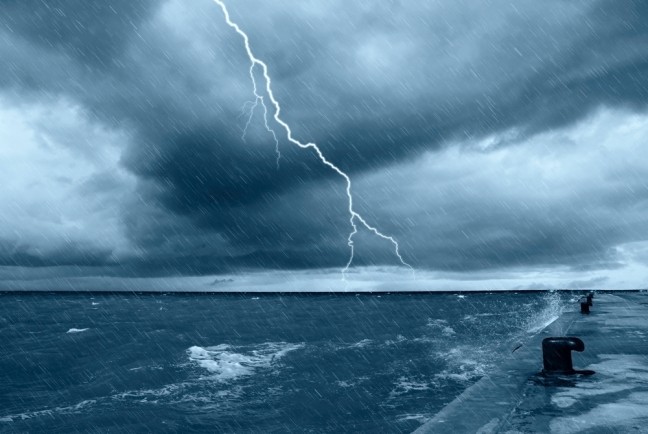 Funding news flooded our wire today with so many announcements and releases, it was like swimming upstream in a hurricane to keep up with it all. We’re having to include a lightning round below just to cover all the bases. Grab a life vest, a paddle, and check out what happened today in the maelstrom.

Kiip keeps on trucking with $11M in new investment

Rewards network Kiip announced today that it closed $11 million in a second round of investment. The funding will go towards expanding Kiip’s rewards system beyond gaming, infusing ‘moments of happiness’ into everyday life. Kiip works with game developers, brands, and users to reward gaming achievements with tangible products.  The money will go towards doubling the team, which currently consists of 30 people. The round was spearheaded by Relay Ventures, with participation from previous investors True Ventures and Hummer Winbland. Read more on VentureBeat.

Enterprise cloud storage startup Egnyte has raised $16 million from Google Ventures, Kleiner Perkins Caufield & Byers, and Polaris Venture Partners in its third round of funding, the company announced today. Egnyte helps businesses with various hybrid cloud storage solutions and competes with Box, Nirvanix, Zetta, and others. Through increased marketing efforts and a smart anti-Box campaign, the company has attracted more attention and now has 1 million users across 30,000 paying companies. Read more on VentureBeat.

Software company Autodesk acquired quickly growing video app Socialcam for $60 million, the company announced Tuesday. Socialcam is currently the most popular application on Facebook, with about 54.7 million monthly active users.  It strives to be the next “Instagram for video” along with rivals Viddy and Klip. While this buyout is shy of Instagram’s $1 billion price tag, its nothing to sneeze at. The money ought to cover the four employees’ needs, at least for awhile. Read more on VentureBeat.

Samsung treats itself  to British chip-maker CSR for $310M

Feeling flush from smartphone sales, Samsung did a little shopping and picked up British chip designer CSR’s mobile platform for the price of $310 million. With this cash deal, Samsung gets access to CSR’s mobile connectivity and location technology, along with 310 employees. Samsung is also shelling out $35 million for a 4.9 percent stake in CSR as a whole. The move gives Samsung access to 21 new U.S. mobile technology patents, all of which will be valuable tools in Samsung’s ongoing patent battles. Maybe the next item on Samsung’s shopping list should be a sword. Read more on VentureBeat.

Aryaka raises $25M to turn surfing the web into Formula 1

TiVO spends $20M to discover why no one uses TiVO anymore

As part of its struggle to stay relevant amidst the ever-growing number of set-top boxes, smart TVs, and rising streaming video viewership, TiVO bought television analytics platform TRA for $20 million. TRA’s platform essentially matches the purchase activity from households with what those households watch on television. TiVo plans to integrate the TRA platform into a new TiVo Research and Analytics unit, which could offer metrics and insights useful to advertisers that want to get the most for their money. TiVo’s acquisition of TRA is expected to close later this month, according to the company. Read more on VentureBeat.

Online log management company Loggly announced today that it’s secured $5.7 million in a second round of investment. Log management is a service that takes large volumes of data from companies and transforms it into interpretable form. Loggly’s cloud-based platform serves major companies like Symantec, AirBnB, Heroku, Intuit, the BBC and Electronic Arts. This impressive client roster probably did less to bring in investment than the adorable company mascot, Hoover the beaver.

Whatever the motivation, the recent round of funding will go toward expanding the 18-member staff and boosting infrastructure to accommodate ever-growing volumes of data. This money brings Loggly’s total funding to $10.4 million. It is backed by True Ventures, Trinity Ventures, and most recently, Matrix Partners. Read more on VentureBeat.

Totsy puts $18.5M into its kiddie pool (floaties not included)

Totsy, an ecommerce site dedicated to offering deals for parents, babies, and kids raised $18.5 million in its second round of financing. The site features major brand names, like Disney, Thomas the Tank Engine, and Zutano, at a reduced cost. The discounts are available for a limited time, with the average sale lasting around three days. The company is growing and expects to become profitable by the end of the year. It currently has 3 million active users and was featured in Forbes last year as one of the most promising private companies in the US. The recent investment was led by Rho Ventures and DFJ Gotham, both New York-based capital firms, and follows a first institutional round of $5 million from 2010. Read more on VentureBeat.

To the Batt Cave! IntelliBatt raises almost as much money as Bruce Wayne

IntelliBatt secured a $22 million equity investment from Columbia Capital, with participation from CBC-Capital, to fuel the company’s growth and expand its product line. IntelliBatt provides a monitoring system for large power supplies and batteries. Data centers and commercial operations use this system to ensure they maintain mission-critical power. The technology provides constant monitoring, data analysis, and support to predict and pre-empt failure.

Formerly known as Data Power Monitoring Corporation, IntelliBatt has been around since 2006. Some of its major customers include Barclays, Charles Schwab, Qwest Communications and Equinix. It is headquartered in San Rafael, Calif. Read the press release.

And now for the lightning round…

Cloud migration company Racemi announced $7 million in a second round to further developer its software that migrates workloads to the cloud. Read the press release.

Mobile commerce platform provider Tapingo raised $3.5 million in its first round of funding from Carmel Ventures. Tapingo enables students to use their phones to order and pay for food and other goods at college campuses. Read the press release.

Israeli startup Promodity has raised $1.5 million in angel funding to centralize and automate marketing. The company promises to bring the equivalent of Salesforce to marketers, so they can manage online campaigns and increase conversion rates in one place. Read the press release.

Mobile social media innovator Audingo raised $3M in angel funding to launch its platform nationwide. The platform enables users to hear directly from choice organizations and personalities with personalized audio and video messages in the form of calls, texts, or emails. Read the press release.