The characters come from popular franchises such as Back to the Future, Jurassic World, Fantastic Plastik, Shrek, How to Train Your Dragon, General Mills, Universal Monsters, and more. It’s another example of Universal’s aggressive push into games.

Fans attending San Diego Comic-Con can find out more about the upcoming launch – and be the first to hear about new character reveals – at the Funko Funkast hour-long panel taking place in the San Diego Convention Center, Room 6A, at 10 a.m. on Thursday, July 18.

In Funko Pop! Blitz, fans can play through 60-second rounds and win by matching three characters to score points and complete quests to level up. 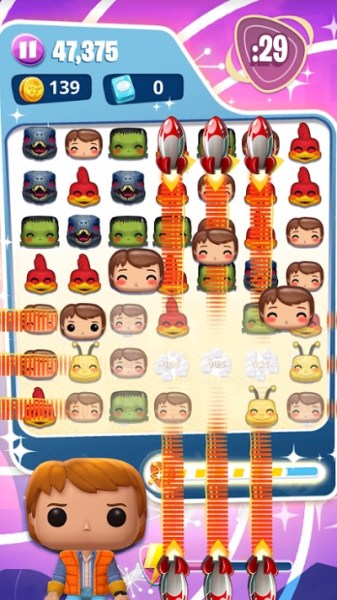 From Marty McFly and the Jurassic World T. rex, to Lucky the Leprechaun and Frankenstein, each Funko Pop! Blitz character will come to life with a range of emotions and animations.

Players collect iconic Pop!s and activate “Supers,” which are 3D character animations that celebrate fan-favorite moments from movies, TV shows and commercials. These can be used to clear more Pop!s, create power-ups or add more time to each round.

“Funko stands for everything pop culture and seemed to be the perfect way to bring together all of our iconic entertainment franchises, as well as others fans love, into one game,” said Chris Heatherly, executive vice president of Games and Digital Platforms, Universal Brand Development, in a statement. “The Pop! style is iconic and unique, and we know that funatics love to collect everything Funko, which sets this up to be the ultimate character-collecting game. We’re thrilled to extend our collaboration, which started in toys, to the worlds of digital and gaming.” 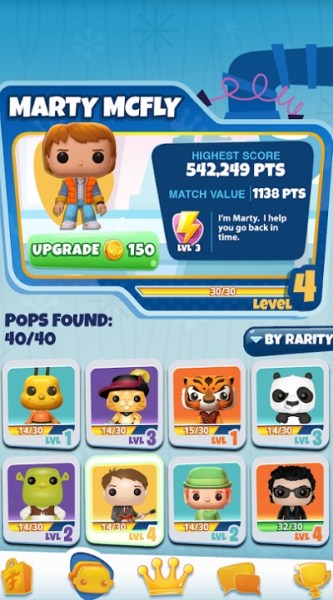 Funko Pop! Blitz also offers Blitz Mode. Fans can find a Blitz meter at the bottom of the game board that they can continuously fill up as they match. Once full, one of the five Pop! characters on the board will disappear temporarily, allowing players to make more matches and score bonus points.

“Our team at Funko is pleased to be partnering with Universal Games to create the first-ever Funko mobile puzzle game inspired by pop culture,” said Brian Mariotti, CEO of Funko, in a statement. “Fans will soon be able to engage with iconic characters in this immersive, fast-paced mobile gaming experience.”

Developed by Tic Toc Games, Funko Pop! Blitz will be free to download, with in-app purchases, and will be available soon on the App Store and Google Play Store.

For a limited time at launch, players will get an in-game Marty McFly Funko Pop!, along with in-game gems and coins. Everett, Washington-based Funko is a leading pop culture consumer products company, and it is also doing a Gears of War game, dubbed Gears Pop, with Microsoft.