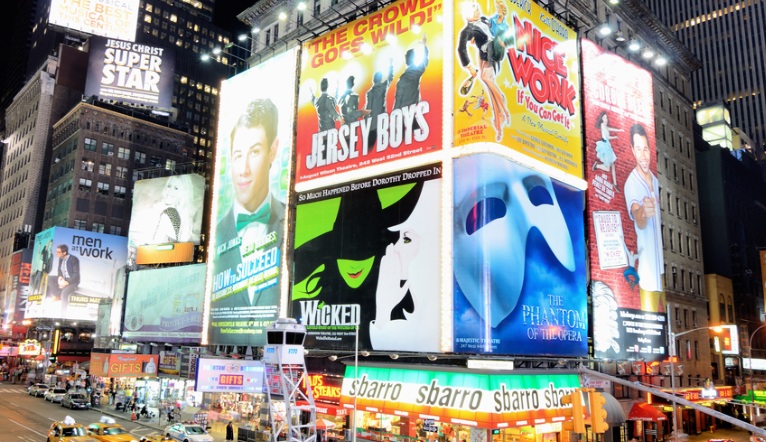 Most, if not all, major platforms on the web — Google, Facebook, YouTube, Twitter, Tumblr, and WordPress — have universally adopted “native” advertising formats, and billions of dollars are now being spent through Promoted Tweets on Twitter, Sponsored Stories on Facebook, Paid Discovery on StumbleUpon and Promoted Videos on WordPress blogs, among many others. And you’re already seeing companies like Spotify introducing branded playlists and Tumblr enabling brands to promote their posts.

The success of these companies hasn’t gone unnoticed by today’s entrepreneurs, whose starting point for monetization is now native. Imagine an entrepreneur telling a prospective investor that their monetization model is to slap display ads in the corners of their site – not going to happen!

The next generation of Internet elite are bypassing the display ad slog altogether and creating ad products that enable brands to engage natively with their audiences. And as they’re going out and raising money, the startups that can articulate a roadmap for building a native monetization model through ad products that fit uniquely within their sites will find a much more receptive audience … because the value of native monetization hasn’t been lost on the venture community.

What are the next opportunities for investors? What should they be looking for?

What the first wave of native ads had in common is that they happened within “closed” ecosystems, where the content creation and the promotion of that content happen within the same platforms. Examples include Facebook, Twitter, YouTube, and Tumblr. Expect to see more of these soon from top players, with sites like Pinterest launching Promoted Pins, Google Plus launching promoted discovery ads, and Instagram/Facebook mobile introducing new mobile native ad strategies to the market.

As entrepreneurs pitch their ideas for the next generation of consumer mobile apps and web platforms, they will be greatly aided by having a well-designed strategy to integrate native ad products into their experiences. These types of ad products give brands a seamless way to reach audiences and strengthen the inherent value and unique identity of the site.

For example, if you were one of the many companies looking to become “The Instagram of Video,” now is the time to think about how to bring brands into the mix. Do brands create their own videos and promote them within the user stream? Do they trade the ability to use their intellectual property (i.e. music, film footage, fashion, etc) in user videos in return for free exposure? Whatever it is, it needs to be part of the experience, not just an interruption (i.e. a 15 second video ad you have to watch before watching your friend’s video) or a tiny display ad sitting at the bottom or top of your phone’s screen.

One issue with unique ad opportunities is that they don’t always scale. Major brands need to be able to reach a national audience in their target demographic as efficiently as possible.

Over the past year, content publishers and independent technology companies have begun to introduce native ad experiences that reach beyond the closed platforms and provide scale. Native advertising on these “open” platforms is defined by the fact that brand content can live outside of the site and can be distributed across multiple platforms through native ad formats.

For example, companies like Outbrain and Disqus, which power recommended content widgets on publisher sites like Mashable and USA Today, are helping to answer the question of scale by enabling marketers to promote their content through native ads across the web. Companies like Tabool and my own Sharethrough do this for video, enabling marketers to buy native promoted videos across a wide range of publisher types like blogs, content discovery sites, social games, and premium editorial sites.  Other companies like Buzzfeed and Federated Media power native ad campaigns that promote branded content in the form of promoted articles, lists, and sponsored content.

Talented engineers have not historically been drawn to online advertising because it was perceived as being disruptive to consumers and lacked exciting technical challenges. Times are changing, as the most exciting engineering companies in the world like Google, Facebook, and Twitter are all squarely focused on native advertising and re-imagining the way ads fit into their products. We are now at the beginning of what is likely to be an amazingly innovative time for native advertising.

Companies that are able to harness the new opportunities from HTML 5, huge new data sources like Facebook’s OpenGraph, and totally new mediums like augmented reality, will create native ad products that are unlike anything we’ve ever seen before. These types of creative technological breakthroughs are essential to the strategies of the major social platforms, particularly as they look for new ways to monetize their mobile experiences.

4) Advances in optimization and analytics

Native ad products provide a whole new set of metrics to be tracked and used for optimization. Dominant ad mediums such as display, search, and pre-roll drive little to no sharing or earned media, and therefore earned media analytics have had little role in optimizing these ad types. Because of their strong visual integration into the content experience of a publisher’s site, native ads provide a much stronger launchpad for sharing and engagement, and thus new analytics systems are being built from the ground up to track in-depth sharing and engagement originating from paid native media buys.

Sharing and earned media are hugely attractive to brands because they are ways to become part of culture and conversation while delivering a measurable ROI on a brand’s media spend.

Ad innovators that are able to process huge amounts of data to find meaningful correlations between brand content types, native ad formats, and true earned media stand to provide a significant amount of value to both brands and publishers in the future. Imagine the power of social listening platforms like Radian6, analytics tools like Google Analytics, user influence data like Klout, viral data channels like Facebook Insights, and paid media measurement like DoubleClick all wrapped into a unified platform to track and optimize native ads across the web.

It will happen and whoever does it best will be hugely rewarded. 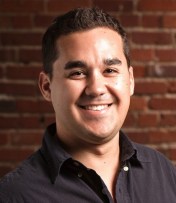 Dan Greenberg, co-founder and CEO of Sharethrough and an authority on social advertising, native monetization, viral video, and how persuasion strategies and digital technology can drive consumer behavior. Ad Age named Dan one of its “Media Mavens” in 2010, and Forbes named Dan one of its “30 Under 30” in 2011.