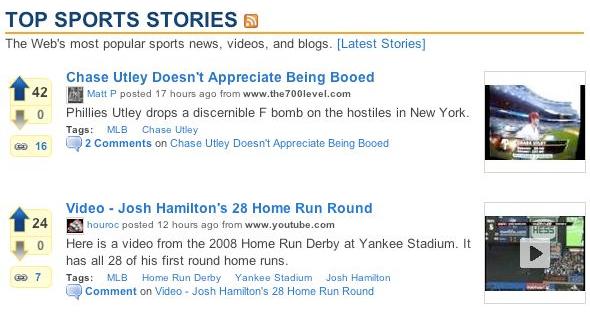 Ballhype and Showhype, Digg clones for sports and celebrity gossip built by a husband-and-wife team, have been sold for $3 million to magazine publisher Future US. The two sites, to be fair, aren’t just clones of user-submitted news site Digg — both also auto-aggregate top news stories from around the web, somewhat similar to tech news site Techmeme.

The sale was a quick flip for founders Jason and Erin Gurney, who launched Ballhype (above) in spring of 2007 and followed up with Showhype (below) more recently. The two sites get a combined two million monthly visitors. Blogger Louis Gray, who has been following the growth of the company since its early days, notes today that the celebrity site has become the more popular of the two, and adds that the couple thought about expanding to other vertical categories like technology and politics, but stayed focused on the categories they were most interested in. 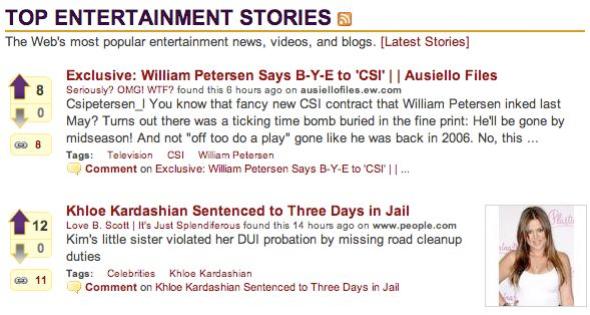 Unlike Techmeme (whose founder, Gabe Rivera, incidentally advised the Gurney’s) but more like Digg, the two sites include the ability to comments, contests and other community features. The sites also auto-tag stories on the site and aggregate them in categories so you can easily find related stories on a given topic.

Future plc, the publicly-traded British owner of Future US, publishes more than 180 niche magazines including Nintendo Power (which I read a lot as a kid, even though I sadly didn’t ever have a Nintendo), Official Xbox Magazine, Official Playstation Magazine, T3, Total Film, Digital Camera, Fast Car, Classic Rock, Guitar World, and MacLife. Online, it publishes a number of sites that end in -radar.com, including bikeradar.com, techradar.com and gamesradar.com. In total, it sells more than 4 million print magazines a month, gets more than eleven million monthly unique visitors to its web properties, and also hosts events for its publications’ readers.

So, basically, Future US is used to selling ads for a diverse bunch of niche publications and it wanted to flesh out its portfolio with a couple nice little aggregator sites that have loyal followings. Seems like the right move for the company to continue to adapt from print to the online world.

And the three million is a solid conclusion for the Gurney’s, who never took outside funding.