You’ll have to wait a few weeks if you had your heart set on a Pebble Blue Galaxy S III — Samsung announced this morning that the blue version of its new phone will be in limited supply for the next few weeks, as the company works out some manufacturing flaws with the color.

The news comes only a few hours after Samsung announced that it’s launching the Galaxy S III in 28 countries today, including many European and Middle Eastern countries. For now, eager buyers will have to make do with the white Galaxy S III model (which is much more attractive, in my opinion).

“Samsung’s GALAXY S III Pebble Blue version comes with a newly invented blue color and special hyperglaze material,” the company wrote in a statement to the Verge and several other sites this morning. “In order to meet the highest internal quality standards and to provide the best quality GALAXY S III to customers, a short supply of Pebble Blue version is expected in some regions in the next 2-3 weeks. Samsung is working hard to ensure that customers will get the Pebble Blue colored devices as soon as possible.”

You can catch a glimpse at the potential issue with the blue Galaxy S III in Mobile Bulgaria’s review of the phone (below), which appears splotchy beneath the rear cover. Even if you see a Pebble Blue Galaxy S III on sale in the next few weeks, I’d recommend holding off on purchasing until Samsung says it has fixed the manufacturing issue.

The Galaxy S III sports a massive 4.8-inch screen with a 720p resolution. Samsung unveiled the phone earlier this month and showed off a Siri competitor, dubbed S Voice, that will function as a digital assistant. It also has eye tracking features, to keep the screen active while you’re viewing it. 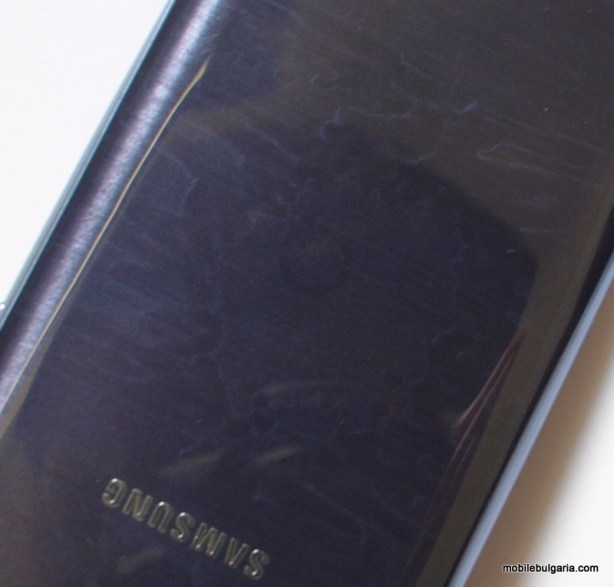