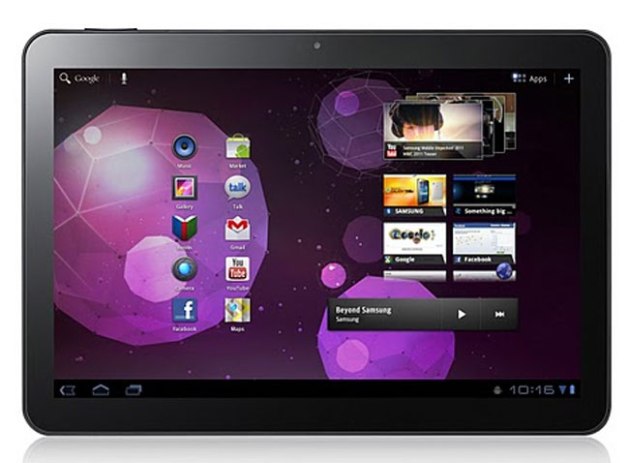 Even Samsung is pointing out how the iPad 2 trumps its own Galaxy Tab 10.1 Android tablet.

Samsung’s vice president of mobile Lee Don-joo pointed to the iPad 2’s thin design and competitive pricing (it starts at $499 like the original iPad) as major obstacles. Speaking to the Korean news site Yonhap News Agency, Lee said that Samsung “will have to improve the parts that are inadequate” of its Galaxy Tab 10.1, which runs Google’s new Android 3.0 operating system.

The tablet is the 10-inch successor to Samsung’s original 7-inch Galaxy Tab, which currently retails for $250 with a two-year data contract, or between $500 and $600 off-contract.

Samsung hasn’t yet announced how much it will charge for the Galaxy Tab 10.1, but Lee mentioned that the company had (not surprisingly) intended to charge more than the original Galaxy Tab. “We will have to think that over,” Lee said, a sign that Samsung may end up offering the Galaxy Tab 10.1 for the same $499 entry price as the iPad 2.

Motorola’s Xoom tablet, the first Android 3.0 tablet to hit the market, and the first one many consider to be a legitimate iPad competitor, starts at $599 with a two-year data contract. That Motorola couldn’t deliver a Xoom at $499 is a common criticism, and it’s something that’s sure to cause consumers to opt for an iPad 2 instead.

Samsung likely doesn’t want to end up in the same boat, and it probably realizes it will need to compete directly with the iPad 2 when it comes to pricing. It will likely cost Samsung quite a bit to bring its pricing down, but that’s likely what it will take to make the Galaxy Tab 10.1 a success.