Both game acquisitions and investments are up because Asian game companies are moving aggressively into the sector, according to a quarterly report by investment bank Digi-Capital. 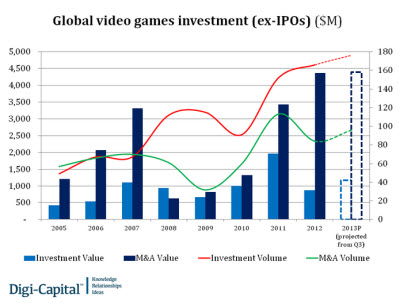 Above: Game investments are picking up.

Acquirers led by Asian game companies spent more than $3.3 billion through the end of the third quarter, meaning that much was spent on deals in the first nine months of 2013.

M&A value rose 1 percent from a year ago, compared to the first nine months of 2012. The average size of deals grew 12 percent to $45.8 million.

Eight of the 10 largest game deals were launched by Chinese, Japanese, or South Korean buyers. Asian game companies have invested heavily in digital game markets, and they have high revenue growth, profitability, and good valuations in the core domestic markets. The Asian companies are buying other companies at valuations that are multiples higher than comparable Western counterparts.

“If this trend continues through Q4, we could be looking at another record year for M&A in games,” said Tim Merel, the managing director of Digi-Capital. Merel will be one of the speakers at our GamesBeat 2013 event on Oct. 29-Oct. 30 in Redwood City, Calif. “Deep Asian relationships are now critical for investors in games companies considering exits.” 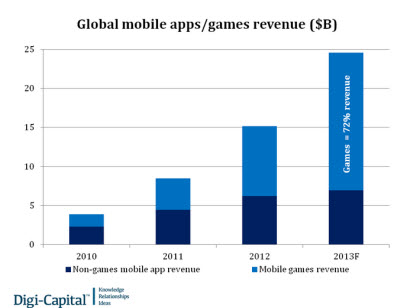 Above: Games are a bigger portion of mobile app downloads.

By 2016, China is expected to account for 32 percent of online and mobile game revenue. South Korea will be 12 percent, and Japan will be 10 percent. In the past year, Digi-Capital said that Asian tech, media, and telecom companies have been acquiring mobile games and tech companies as part of a way to deal with disruption in the mobile ecosystems.

“Many Asian companies are looking to invest in or acquire Western mobile games companies to leverage in domestic markets, or globalize themselves to publish Asian mobile games in Western markets,” Merel said. “Relationships and market knowledge remain a challenge, particularly for those Asian companies looking for high-quality Western deal flow. As with other advanced trends from Asia, we anticipate similar moves by Western companies in the next 12 to 18 months.”

Among the other data in Merel’s report:

— Mobile games are 43 percent of mobile app usage on iOS and Android and 67 percent of tablet usage. 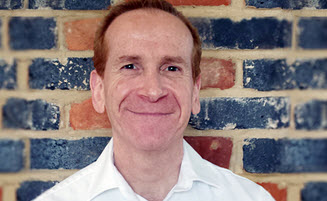 — After Zynga’s IPO and struggles in the market, many venture capital investors have exited the games market.

— There’s a gap between investment demand and supply. Capital markets are not pouring enough money into the game business, particularly given the potential of mobile games.

— The console game market declined has continued despite the Wii U’s launch, but the PlayStation 4 and the Xbox One could revitalize the market.