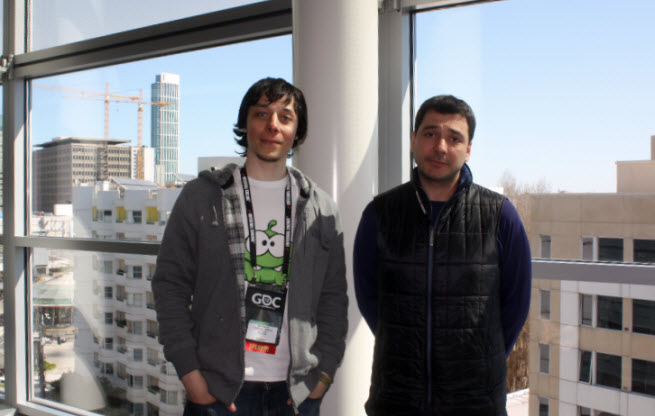 The new iPad’s high-end specifications are perfect for game developers and will up the ante when it comes to building better graphics into their games.

The new iPad has a much better Retina Display, with a resolution of 2,048 x 1,536 pixels, or enough to display 3.1 million pixels on the screen. That is a million more pixels than a typical high-definition TV that is used to display console games. With quad-core graphics in the new A5X processor, the new iPad has double the graphics capability of the iPad 2.

Apple said the human retina can detect a maximum of 250-300 pixels per inch. The new iPad has 264, which means that images and text look sharp and smooth, much like ink on a page rather than computer images of the past. The original iPad, and the iPad 2, had a resolution of 1,024 x 768 with 132 pixels per inch.

At the event, Apple showed off a demo of Namco Bandai’s Ace Combat flying game running on the new iPad. The game uses 3D graphics with lots of special effects, such as clouds.

In addition to the saliva-inducing specs, Apple’s choice of venue seemed calculated to attract the attention of game developers. Apple scheduled the announcement next door to the annual Game Developers Conference in San Francisco.

Semyon Voinov (pictured left with CEO Misha Lyalin), co-founder of the Moscow-based ZeptoLab, maker of the Cut the Rope mobile game series, said in an interview with VentureBeat, “It’s cool news. As an artist, the display excites me. Our game already looks cool, but we’ll be prepared with an update right away.”

ZeptoLab’s game uses cartoon graphics, but the physics behind the rope animations in the game consumes a lot of processing power. So Voinov needs and expects more computational power with each generation of tablets.

The good thing is that the improved graphics don’t come at the expense of battery life, which will still last for 10 hours of use, according to Apple.

Epic Games, meanwhile, said its Chair Entertainment division will launch a new version of its Infinity Blade high-end fantasy game series. The new game is Infinity Blade Dungeons and it will take advantage of the new iPad’s power.

“Just like Apple has raised the bar for mobile computing, the Infinity Blade franchise has continually re-defined expectations for mobile gaming,” said Epic Games president Michael Capps. “With Infinity Blade: Dungeons we continue the tradition of melding exciting gameplay with beautiful, rich worlds powered by Unreal Engine technology; and Apple’s new iPad allows us to push the boundaries even further.”

Matt Hulett, head of Real Networks’ GameHouse division, said, “Tablets are the new game consoles and becoming the gaming platform of choice. I’ve been blown away at the graphics and fun of multitouch gameplay. With its new HD capabilities, Apple is accelerating a new generation of kids who will largely skip consoles as their preferred video game experience.”

Jens Begemann, chief executive of game developer Wooga, said he was impressed with Apple. His company has already created a new version of its Diamond Dash game for the new iPad. The company “up rezed” the resolution of its game art, making it compatible with the new Retina Display, but managed to keep it under Apple’s 20-megabyte limit for downloads from the app store over cellular networks.[Update: We hear that Apple increased the memory limit to 50 megabytes now.]