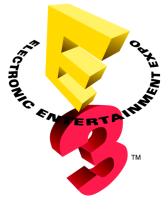 E3 is going to be crowded again. The Entertainment Software Association confirmed reports today that it will return to a larger annual trade show in Los Angeles in June. Maybe all of the sturm and drang about trade shows will finally be quieted.

The Electronic Entertainment Expo drew more than 70,000 people in 2006. But game companies complained about the multi-million-dollar marketing madness they had to engage in just to get a peep of attention.

The group cut attendance drastically in 2007 to just 4,000 press attendees in Santa Monica. In 2008, only the press were invited again, but the show returned to the Los Angeles Convention Center. But most people (except me) didn’t like the tiny number of attendees compared to past years. They complained that the show was so poorly attended it looked like the game industry was about to shut down.

So now E3 will take place from June 2 to June 4, 2009, at the LACC. It will be open to U.S. and international media, analysts, retailers, game developers, game publishers, and other industry partners.

Michael Gallagher, CEO of the ESA, which represents U.S. computer and video game publishers and organizes the annual event, said in a statement that the changes are aimed at making E3 a “must-attend” event. John Riccitiello, CEO of Electronic Arts, and Laurent Detoc, president of Ubisoft North America, endorsed the new format.

At this show, you can expect to see bigger booth size and more qualified attendees. IDG World Expo will operate the show with the ESA. One of the things the show won’t have is members of the public. Earlier reports said that the public would be able to buy their way into the show during the latter days, but that’s not the case. As for the booth babes: that’s up to the individual companies, but the show will continue to have its usual restrictions on skimpy attire.

Update: Gallagher said in a phone call that the show as envisioned will be much better in tune with the feedback from the last couple of years. He noted that the public won’t be allowed into the show; they never have been invited to attend, in contrast to shows like the Tokyo Game Show. He said that the show will still target key influencers in the media and the industry itself. And he noted there are other shows where the public gets a chance to see games in a more finished state.

Gallagher said that about 40,000 attendees sound more appropriate than the 4,000 of this year or the 70,000 of 2006. But he said that the success won’t be judged based on the number of people who show up. As for booth babes, he said, “The companiess have latttitude to tell the attendees about their games. They will be quite compeitive and more high energy than in the past two years.”