The game industry saw a big drop in both investments and merger activity in 2015, sending deal values back to 2007 levels, according to a report by tech advisor Digi-Capital.

The total deal value in dollars across games investments, mergers and acquisitions (M&As), and initial public offerings (IPOs) dropped 81 percent to under $5 billion in 2015, compared to $25 billion in 2014. Investment in game companies fell 30 percent in value in 2015, while games M&A deal value dropped 75 percent. 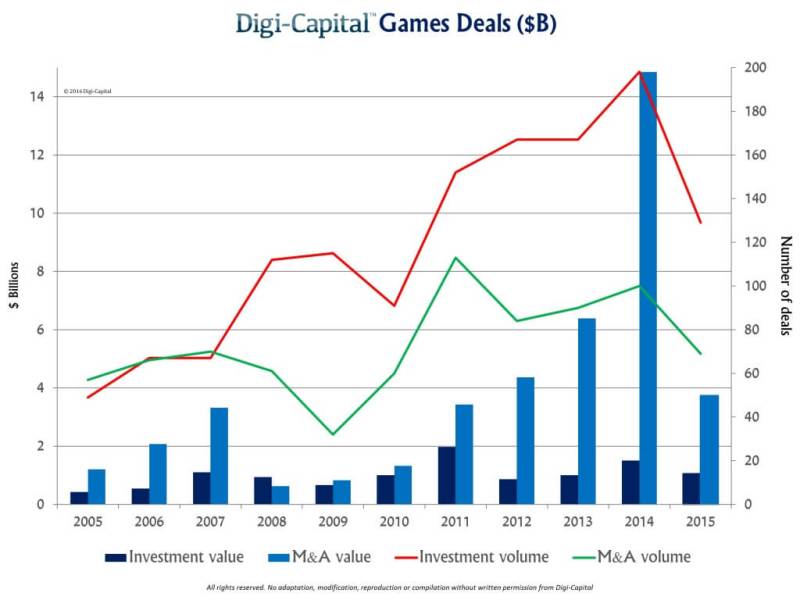 Above: The value of game investments and game M&A fell in 2015.

But that’s not necessarily as bad as it looks, since Digi-Capital didn’t count the $5.9 billion acquisition of King by Activision Blizzard, since that deal hasn’t closed yet. The games IPO market was at its lowest level in a decade.

Still, there was some activity. The M&A numbers include three publicly traded Chinese game companies that went private through management buyouts in 2015. If you don’t count those deals, then the total market for game exits would have been down 93 percent from 2014.

“2015 was one of the toughest years we’ve seen for games deals,” said Tim Merel, managing director of Digi-Capital and CEO of Eyetouch Reality. “We’re hopeful that AR/VR might provide a catalyst, and there’s always the possibility of a few blockbuster deals getting things moving again.” 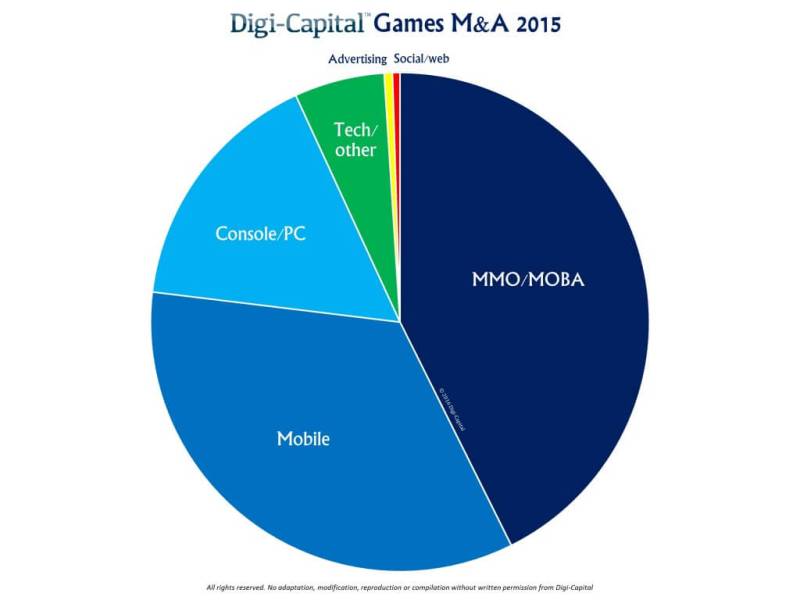 Above: Game M&A dopped in 2015. Most investments went into MMO, MOBA, and mobile games.

The investment level in games returned to 2010 levels. Investors put $1.1 billion in 2015 led by mobile games, games tech/other (including esports), console/PC games, massively multiplayer online games, multiplayer battle arena games, and augmented reality and virtual reality games. (Another note: Digi-Capital does not count fantasy sports as games, as regulators in Nevada have declared it to be gambling.  As a result, the large DraftKings and FanDuel investments from last year’s numbers are excluded). 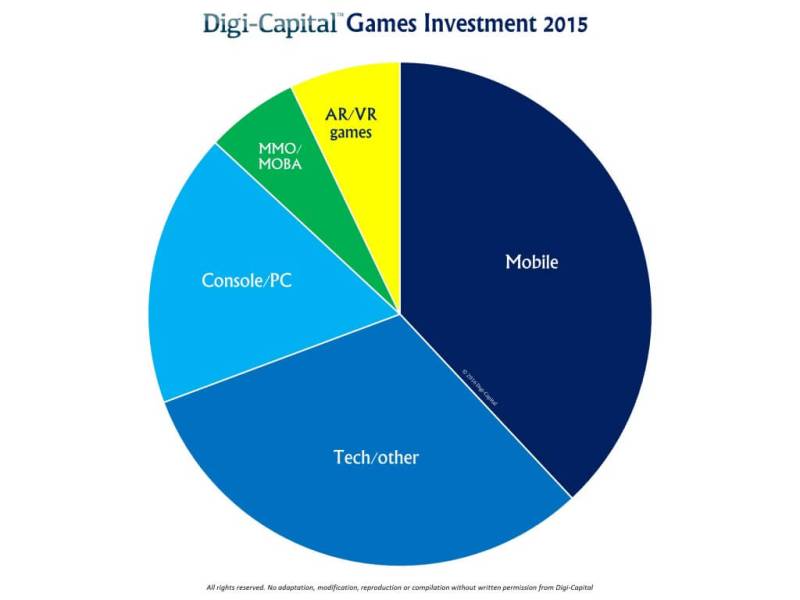 Including the Chinese take-private transactions, the total value of games M&A in 2015 was $3.7 billion. Without those deals, it was $1.6 billion. Meanwhile, Digi-Capital forecasts that games revenue will slow to 7 percent per year between 2016 and 2020. The current level of transactions does not show a resurgence in game deals, Digi-Capital said.

Of course, 2016 numbers should beat 2015 thanks to the Activision Blizzard deal alone. Digi-Capital suggests that some kind of catalyst is needed for the market, and perhaps the deals related to AR and VR ($686 million in 2015) will turn things around.