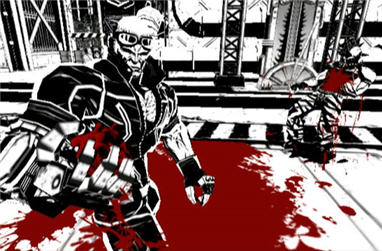 Mike Gallagher, who runs the video game industry trade group, the Entertainment Software Association, has to worry about a lot of things as the big game trade show, E3, approaches in a couple of weeks. Among them is a legal battle with the Terminator himself.

The game industry has won favorable rulings in numerous states on First Amendment grounds. Two court decisions have struck down California’s law, which banned sales or rentals of mature-rated games to minors. In an interview today, Gallagher said the governor’s move to appeal was reckless, wasteful, misguided and pointless. 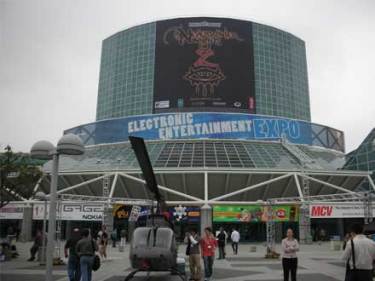 Gallagher continues to battle state legislatures and he counts this fight as one of the big tasks he has to deal with as the head of the ESA. The violence issue may heat up as the industry’s largest trade show, E3, comes back in all of its past glory.

Gallagher said that, despite the recession, the game industry trade show is on track to draw 40,000 attendees to the Los Angeles Convention Center from June 2 to June 4. That’s far bigger than the last two E3 shows, which drew around 4,000 people, mostly executives and press. Everyone involved thought that the 80,000-strong shows of past years were too crowded and too expensive for game companies, but observers almost universally hated the small shows as well, since they didn’t show off the excitement of the game industry. 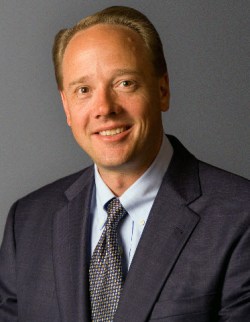 The small shows had none of the glitz, giant parties, celebrity sightings, big media presence, or booth babes that the old shows had. The resulting show in 2009 is a compromise. Gallagher said the ESA will no longer put big restrictions on the creativity of the game industry marketers. E3, he said, “will be a canvas for the industry to paint upon.”

There are 200 game publishers in the U.S. and many have responded positively to the changes, as evidenced by eight new additions to the ESA’s membership rolls this year, Gallagher said. The association lost a lot of big companies in the past couple of years because it compensated for smaller show revenues by raising dues for each member company. With a bigger show, the trade group won’t have to raise its member fees.

But there are restrictions in place to keep the show from getting unmanageable. The booth sizes are limited to 15,000 square feet, which is bigger than the past couple of years but smaller than the years of 2006 and earlier. The point of the space limit is to keep the industry from returning to a spending arms race that led to the collapse of the big show. The show will host 3,500 journalists, a bigger number than in past years, Gallagher said. Retailers were absent in past years, but now more than 100 retail companies will return to the show.

Gallagher promised plenty of big news at the show from big console makers, beyond the announcement of hundreds or thousands of games. As for the recession, Gallagher said that he expects an improvement in sales in the latter half of the years as big titles announced at E3 start to ship.

He acknowledged that console video game sales in the first four months of the year have been flat, but he noted that last year’s sales set astounding records and that, even in a recession, the industry is keeping pace with last year. He also said there is a lot of excitement around new business models — such as companies selling iPhone games or virtual goods in free online games — that aren’t yet captured in sales reports.

“I wouldn’t say the industry is shifting away from the console,” he said. “I would call it a broadening of the market. Games will reach us on all of the devices that we own.”

In terms of other issues, Gallagher said the ESA continues to push states to offer incentives to video game companies to set up shop, as Texas has done in offering help to game companies. The industry continues to fight video game piracy as well. Gallagher said he was quite pleased that Jack Thompson, the crusading anti-violence attorney who had been a thorn in the side of the industry, lost his license to practice law and pretty much dropped out of the picture in the past year, as Gallagher predicted would happen a year ago.