Behaviour Interactive, HBO, and Gaea have unveiled Game of Thrones: Beyond the Wall, a collectible strategy role-playing game on mobile devices. It will come out this year on Google Play and iOS, and it will hopefully help fans of the HBO show deal with the absence of Game of Thrones television episodes. You can think of it as Star Wars: Galaxy of Heroes, but for Game of Thrones fans.

Players can register on the official website starting today. Players command a castle of the Night’s Watch to defend Westeros and recruit characters from around the Seven Kingdoms and beyond.

Creative director Justin Jones said in an interview with GamesBeat that the team at Behaviour Interactive and Gaea has worked on the game for about two years.

“One of the challenges with working with an [intellectual property] like this is trying to get everything you want to know from a game design perspective but also respect the brand,” Jones said. “We’re all huge fans of the brand. We had to negotiate the brand restrictions on everything from crafting characters to getting the right feel of the Night’s Watch.” 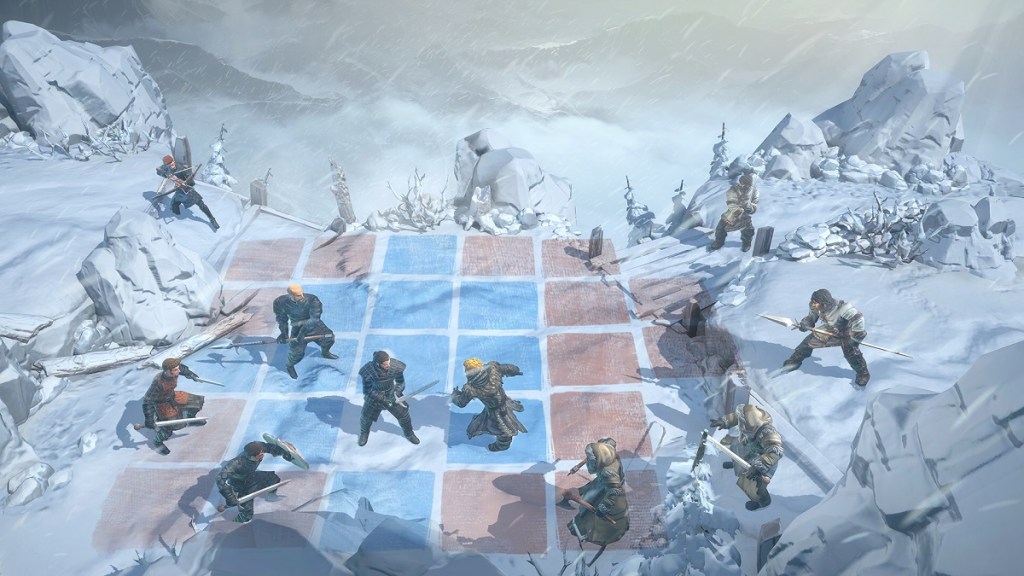 Above: Game of Thrones: Beyond the Wall has squad-based combat.

The game’s original narrative is set a few decades before the timeline of the hit TV show, just after Lord Commander Brynden Rivers (also known as Bloodraven and eventually as the Three-Eyed Raven) disappeared while ranging beyond the Wall.

After he disappears from the Night’s Watch, players follow his footsteps into the dark mysteries beyond the Wall to learn why through the eyes of original characters First Ranger Alvar Spyre and his right-hand man, Dramon Blackwood.

“Our story takes off basically hours after his disappearance where the player takes on the role of Lord Commander,” said Jones “Then you explore the mysteries beyond the Wall.”

Your job as Lord Commander is to assemble a squad of heroes and lead them into battle with Wildlings, giants, and other dangers of the North.

“We didn’t want [to] just retell the story that people have seen,” Jones said. “We want this to be near enough to it in terms of the timelines that we use. We wanted to say pretty close to the story, but be different enough so that we can have our own identity and players could not know what’s going to happen or not just re-experience things they’ve already seen.”

There is also an important meta layer in which players not only recruit characters to the Night’s Watch but also send their ravens to fetch dozens of items, tactics, traits, and abilities to strengthen their roster. 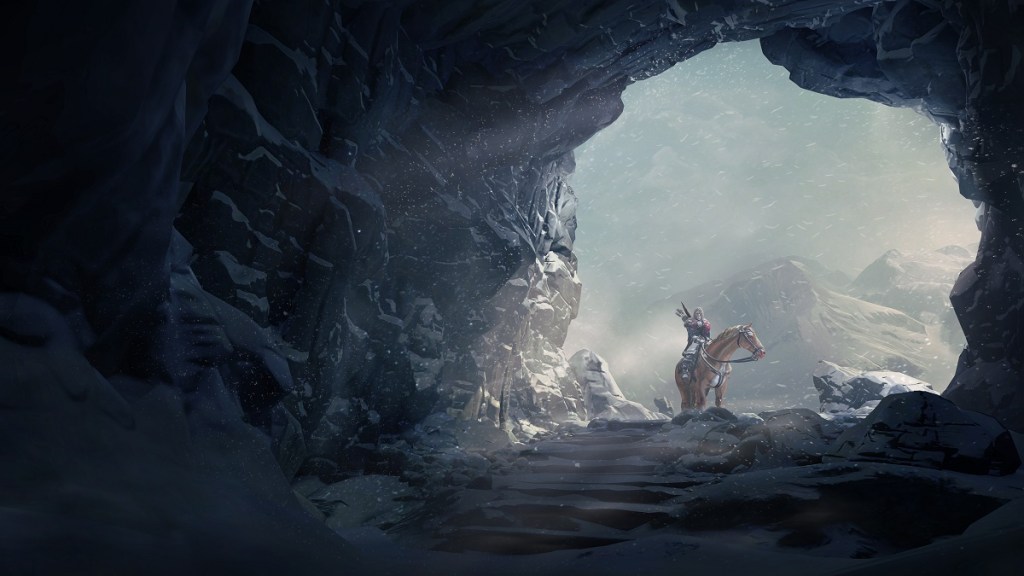 Above: Game of Thrones: Beyond the Wall.

Players will also find an in-game interface that uses the mysterious powers of the Weirwood Trees to move through history and visit key moments in time. This feature permits players to collect different costumed versions of Jon Snow, Daenerys Targaryen, Jaime Lannister, Melisandre, and Tormund Giantsbane across various game events and then use the characters in many gameplay modes, including combat – a first for a game in this genre.

With this part of the game, players can collect and play their favorite characters, even if they’re are not directly involved in the game’s story.

“You have to recruit characters from across the Seven Kingdoms,” Jones said. “You have to manage your recruits. They have different strengths, abilities, and traits that make them unique.”

The White Walkers who became a huge threat in the final season aren’t really known yet, but they can appear, as they are the overarching threat in the show, Jones said.

The story follows the HBO timeline, rather than that of the upcoming George R.R. Martin novels, which will have a different ending than the show. The game will likely be available in China as well as other territories. 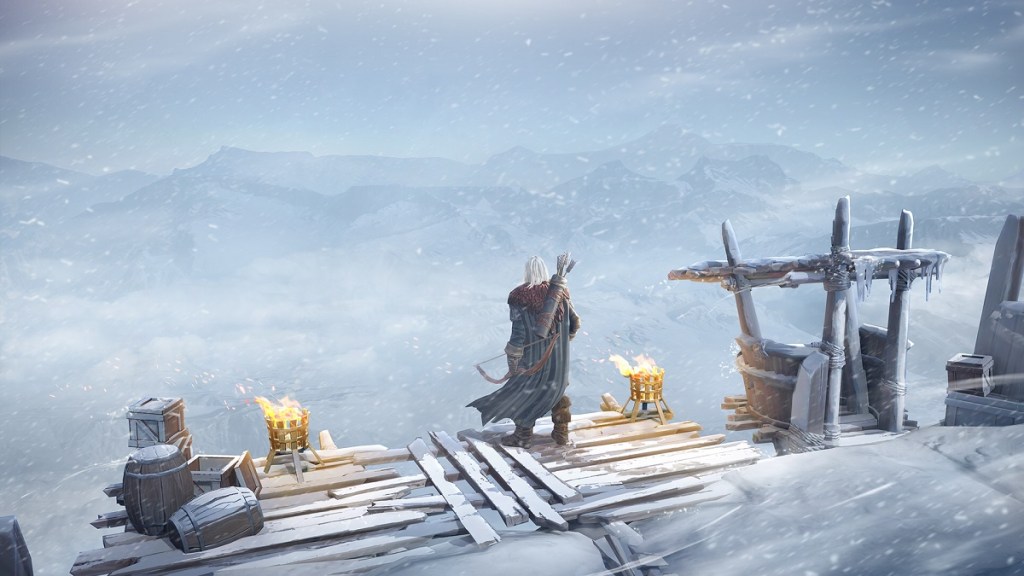 Above: What lies beyond the Wall?

Jones said his long script is a story that will play out over many hours. Then they split it up into parts that players can encounter through the different parts of the game.

The game will also have player-versus-player combat.

Back in October, China-based Gaea bought a 20% stake in Montreal-based Behaviour Interactive.

“Here at Gaea, you can’t bring up Game of Thrones without triggering an exciting and sometimes intense discussion,” said Yann Wang, CEO of Gaea, in a statement. “The development and distribution of Game of Thrones Beyond the Wall have been a challenging endeavor fueled by great passion from everyone involved. Using state-of-the-art technologies, we are very excited to bring to fans and gamers, this game adaptation of what may be the most popular show around the world.”

Jones previously worked for a decade on various mobile free-to-play strategy games, and he was the design lead for Star Wars: Galaxy of Heroes and Heroes of Dragon Age at Electronic Arts. 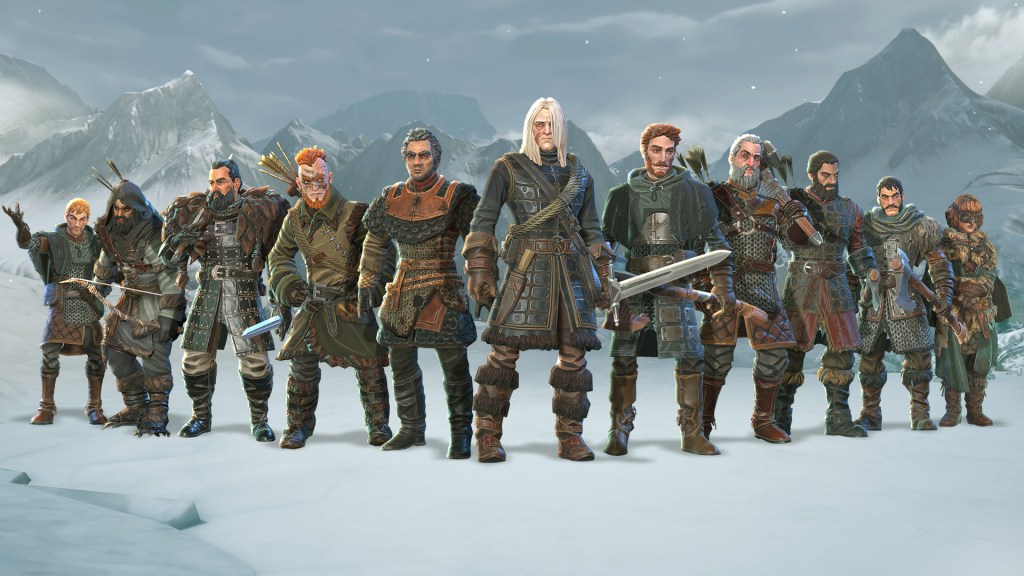 Above: A big cast of characters.

Previously, Jones was on the design team that created the early iOS strategy hit Battle Nations at Z2Live, a studio later acquired by King. Early in the crowdfunding era he also kickstarted his own project, the post-apocalypse card game Junk.

Founded in 1992, Behaviour has 500 employees, and it has sold more than 70 million copies of games such as Dead by Daylight. Its mobile games have reached more than 200 million players.

Behaviour and HBO collaborated together on the Westworld mobile game. But it didn’t catch hold with fans, and it also ran into a lawsuit (eventually resolved) with Bethesda, the owner of Fallout Shelter, which it claimed seemed similar to Westworld.

Jones said that Galaxy of Heroes and Marvel Strike Force are good comparisons in terms of the same genre of game.

“What we love about those games is they allow you to continue to collect things inside a universe that you love for a really long time, like for years,” he said. “But what we wanted to do differently is to tell a story that kind of made sense. And this is a very story heavy IP.”

“As far as like underserved, I think it’s basically a brand that I see coming out of pure storytelling form and emerging as a game form that is ready for the mass mass market,” Jones said. “Game of Thrones has had role-playing games and games on pen and paper.”

He added, “But now that Game of Thrones is like kind of a worldwide phenomenon from the show, I think we’re in a point where the gates are opening.”