Gaming wearable startup Gameband said it will not be able to deliver its promised wearables to its fans as originally promised.

The company has funding challenges. It had raised $325,996 from 1,708 backers on Kickstarter in September 2017, but Feargal Mac Conuladh, CEO of Gameband, confirmed that the company cannot deliver.

“We’ve reached the point where we have told our backers we will not be continuing with the project,” he said in an email. “It’s been a long road, and a very tough decision, however we felt it was time to call it, tell people where we stand, and start looking to where we will take things from here.”

Mac Conuladh acknowledged the company bit off more than it could chew, though the team originally thought it could deliver on the watch, which had a custom design, Qualcomm processor, MicroSD slot, a big display, its own operating system, and content. The company had partners in place.

Above: Feargal Mac Conuladh, was CEO of Gameband.

“Initial development went great, then we saw issues; size increased, USB-C (a major feature) did not work, and it became clear that we needed a complete redesign to deliver what we promised,” he said. “No small feat. I’m summarizing, but all this took a lot of time, and the delays were costly. We looked at workarounds, talked to alternative partners, and also looked at more funding, however ultimately none of the options we looked at gave us a viable path to keep the project moving ahead.”

He noted that Apple Watch became the clear market leader, causing rivals like Pebble to disappear. And he realizes that it’s hard for a startup to go into a big market in hardware and compete. Investors were shy because of the risks of competing against Apple. 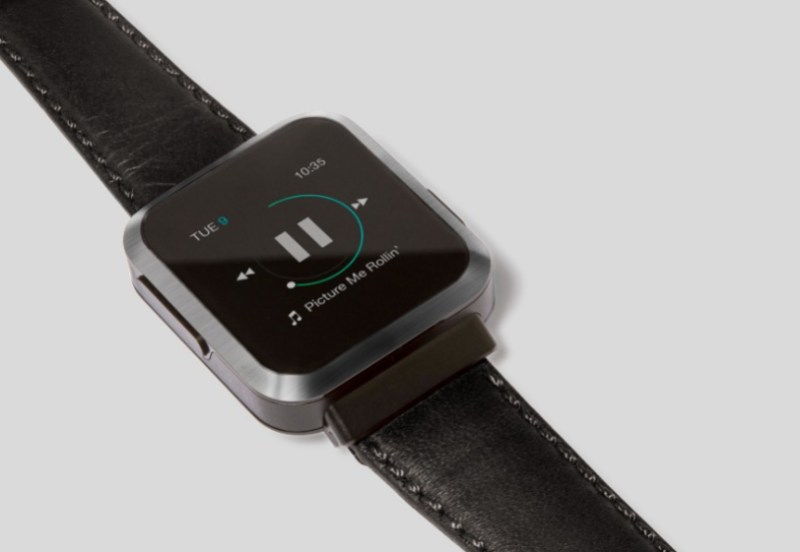 Mac Conuladh said the company spent a lot on R&D — a lot more than the Kickstarter amount.

“That said, while Kickstarter does not mandate refunds, we want to do so, and are figuring out how and when that can happen,” he said.

Atari was a partner, and Mac Conuladh was also the designer of the Atari VCS game console, which Atari plans to launch in 2019. But he left that job in December 2017.

While Gameband is done, Mac Conuladh still wants to do more in the wearable space. He is not expecting to do crowdfunding again.

“We don’t see that on the cards. Crowdfunding has changed a lot in the last few years,” he said. “The pressures that come from having to put yourself out there so early in the development process are huge, on the other hand it allows you to connect with early stage adopters that give you insights into what you are doing. On balance though we rather look at more traditional go-to-market approaches in the future.”