Gameheads is going back to school to solve the game industry’s diversity problem. It’s a year-round program based in Oakland, California, that teaches development to students in underserved communities. Today, its Second Annual Student Showcase will highlight 20 student-created games in an event that educators and industry professionals will attend. It’s from 4 p.m. to 7 p.m. at Impact Hub Oakland.

Gameheads executive director Damon Packwood came up with the program when he saw his student’s passion for games. He also drew connections between the DIY culture in low-income neighborhoods and the skills needed to succeed in the games industry.

Packwood says that the goal of the program isn’t just to teach students the hard skills needed to make a game but to provide a pipeline into the games industry. The mission statement is to get students interested in tech as well as ensure they continue on to postsecondary education. 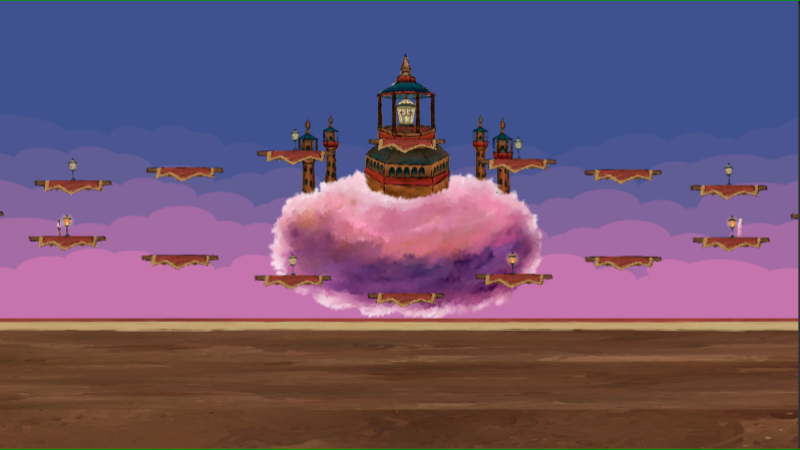 Above: Lucid, a game from last year’s student showcase.

Last fall, Gameheads launched middle school programs at two schools in Oakland, but its “classic” core program is for young people 15 to 25. The classic students spend about 10 hours every week with the program during the school year, but during the summer, they kick that up to at least 24 hours. This is all in preparation for the showcase, where students will get on stage and demo their games. About 175 people attended the last showcase, and this year, Packwood is hoping they’ll hit 200 or 215.

A big part of the program is mentorship from industry professionals. Packwood says that they’re not interested in only teaching the kids game design, but rather tools for success.

Packwood says that they’ve drawn support from industry professionals hailing from companies such as Ubisoft and Unity. They’ve been in touch with folks such as Jane Ng, senior environment artist for indie hit Firewatch; and Tristan Sacramento, a senior animator at the Bay Area-based Sledgehammer Games. A number of people from Double Fine, another local studio, are also involved with mentoring the students, including head honcho Tim Schafer.

“A little while back, it occurred to us, we felt that Double Fine was not as diverse as it could be,” said Schafer in a phone call. “We were just looking at our staff and we started wondering what we could do to make that better. And part of our solution was really just to reach out.”

Schafer says that part of the problem is that companies often are “fishing in the same pool,” hiring through referrals and subsequently getting candidates who are all from similar backgrounds. To break that cycle, Double Fine began researching ways to meet new people.

“Monica Chin-Perez, our office manager, started looking around, helping out with the research, finding out what kind of groups we can get in contact with and how we can meet new people,” said Schafer, “and Gameheads came up as this great organization that is doing great work helping and supporting young potential game developers from underrepresented groups make games and provide them support and challenge them and all those good things. So we wanted to get involved.” 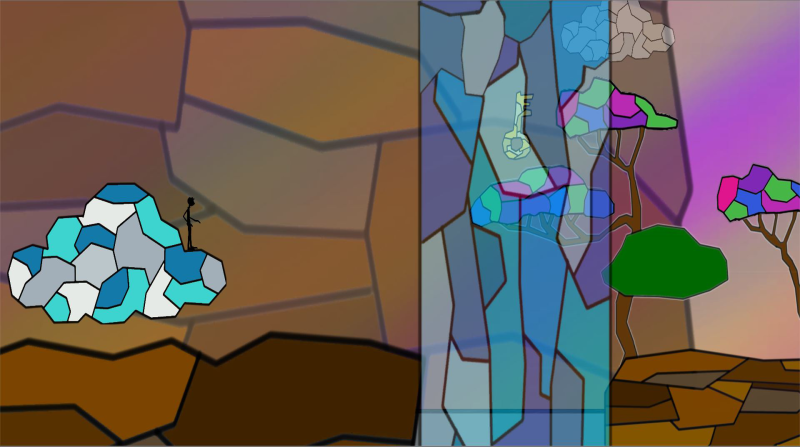 Above: Nobody’s Home, one of the games that will be showcased today.

As a mentor, Schafer has been assigned two students. He gives them feedback on their projects, talks to them about how to collaborate in groups, and encourages them to try to figure out what they’re really interested in. This age range, Schafer says, is ideal for digging down, getting to know themselves, and learning new ideas.

“What I try to encourage them to do is in these early days of making your first game or your second game, you start to learn about what parts of it you really, really gravitate towards and really, really love and where your passions lie. They’re still, some of them, figuring out where their passions lie and that’s what’s great about being at this age where they’re going off to college,” said Schafer. “You know, a lot of people think, ‘Oh I don’t need to go to college, I can just learn how to program from a book and I can make games.’ But college is where you’re exposed to a lot of ideas that you didn’t know you were interested in.”

This kind of program doesn’t only benefit the students. Schafer says that this is a way to show young developers what companies are out there and also to foster the kind of relationships that are needed to really address the lack of diversity in the games industry. Creating a diverse industry won’t take a quick fix, but rather a long-term commitment to create inclusive environments and to get out there and engage underrepresented communities.

“Here’s the thing, I think in the end we need these kids more than they need us,” said Schafer. “Because the greatest threat to the games industry is stagnation, that we’ll just repeat the same ideas over and over again and not break new ground. And I think these kids by the fact that they come from a different background than what’s represented in the current games industry means that they’re going to bring new ideas and they’re going to be really, really healthy for the games industry.”

After the student showcase today, it’s heads down again for the kids in Gameheads. Packwood says that most of the year, they’re quietly working on their games, growing their skills, and workshopping their ideas with mentors. The program is working: Last year, the students won the Entertainment Software Association LOFT Video Game Innovation Fellowship. Their students have enrolled in top college programs such as the University of Southern California’s Interactive Media & Games Division. And they’ve caught the attention of other educators as well, who want to see this program come to their communities.

“We’ve received a lot of requests from other cities to expand. We’ve entertained a couple of those ideas. After about a year of having talks with other cities, I have an idea of what cities are more ideal than others,” said Packwood. “I think this program works best in cities that have a video game presence. What’s allowed us to be successful is we have amazing mentors. We have amazing volunteers. There is a lot of passion and interest among video game developers to see this happen.”