Our newest speakers include:

Owen Mahoney, CEO of Nexon. Mahoney became president and chief executive of Tokyo-based, free-to-play publisher Nexon in March. He joined the company in 2010 and previously served as chief financial officer and chief administrative officer. During his tenure, he helped Nexon go public in a $1.2 billion initial public offering. Before that, he was senior vice president of corporate development at Electronic Arts from 2000 to 2009. Mahoney made news recently expanding from the East to the West by partnering with well-known American game developers John Schappert, Cliff Bleszinski, and Brian Reynolds. He will talk with Dean Takahashi, lead news writer for GamesBeat, in a fireside chat about “Making strategic partnerships successful.” 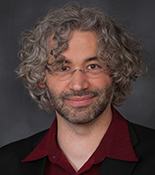 Above: Rick Sanchez of OnLive

Rick Sanchez, vice president of product and marketing at OnLive. The cloud-gaming platform had a near-death experience in mid-2012 when it ran out of money under its previous management. But investor Gary Lauder acquired the company and brought aboard veterans like Mark Jung and Sanchez to restore the company’s luster. In March, the new OnLive relaunched its service, which allows gamers to play high-end titles on low-end devices such as tablets. Sanchez has been part of the team launching new products and grabbing new properties for the platform. He’ll give a talk on the “myths and facts of cloud gaming” in our GamesBeat University track. 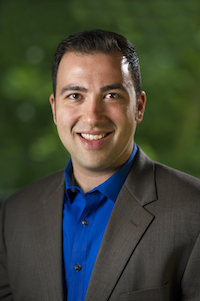 Above: Chris Akhavan, president of publishing at Glu Mobile

Chris Akhavan, president of publishing at Glu Mobile. Akhavan cut his chops on free-to-play games as an early employee at mobile monetization firm Tapjoy. Now, he has become responsible for free-to-play mobile games and advertising at Glu Mobile, which has knocked its competitors flat with the surprising success of Kim Kardashian: Hollywood. He oversees worldwide business operations, user acquisition, marketing, ad monetization, strategic partnerships, business intelligence, and international expansion. He will be part of a panel on user acquisition dubbed “Adapting customer acquisition strategies in a rapidly changing world.”

You can check out the full GamesBeat 2014 program below. It’s packed with more than 88 industry-leading speakers (with about 18 more in the approval process), high-value discussions, breakouts, exclusive announcements, and brand-new networking sessions. Make sure to register today.