We’re pleased to announce that Steve Wadsworth, the chief executive of Tapjoy, will speak in a fireside chat with Michael Metzger, a principal at mergers and acquisitions firm Covert & Co., at the GamesBeat 2013 conference on Oct. 29-Oct. 30 in Redwood City, Calif. They will talk about how to capture brand dollars and capitalize on the mobile ad bonanza in games and apps. 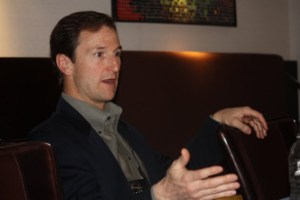 Above: Steve Wadsworth, the CEO of Tapjoy

The session will highlight the growing demand for better user experiences within apps — and the need for advertising to keep up with that. Metzger and Wadsworth will discuss the opportunities to drive more value and revenue for app publishers through more effective user acquisition, superior engagement, and app monetization. Consumers don’t like ads that interrupt their games. But marketers and developers want to work together to create a chance to monetize the customer in a free-to-play game in a way that enhances its experience. The monetization has to happen at the right time and place, or it doesn’t happen at all.

Tapjoy monetizes games through ads known as offers where it shows video ads or ads for other games to players who want to get in-game currency in an app or game they are already playing. Wadsworrth became the CEO of Tapjoy last November after joining its board in 2011. He previously ran the Disney Interactive Media Group. He spent 17 years at Disney and rose to the head of the company’s digital media and gaming businesses. Under his watch at Tapjoy, the company is working with 70 of the world’s top brands, and it has a reach of more than 435 million people a month. The company’s ambition is to be the largest reward-based rich media platform for mobile users.

Metzger’s Covert & Co. is an investment bank that provides M&A and finance services for media and tech companies. It has handled numerous transactions for deals in the game business. 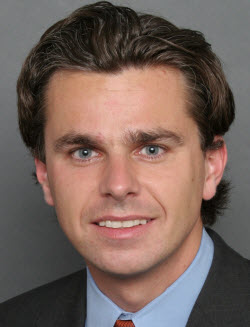 Above: Michael Metzger of Covert & Co.