January is at its midway mark, GamesBeat Summit 2019 is closer than ever, and it’s time to introduce four new great speakers: Ted Price, Frank Gibeau, Kristen Dumont, and Michael Metzger.

This year GamesBeat takes place in Los Angeles at Two Bit Circus, a “micro-amusement park” that’s like an arcade meets Ready Player One in the LA Arts District. And now, we’re ready to name our next four speakers for the event taking place April 23 and April 24. 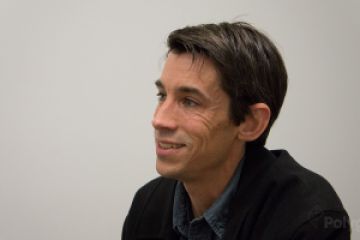 Ted Price is the CEO of Insomniac Games, famous for the blockbuster Ratchet and Clank series and developer of the Spider-Man game, which has now sold over 9 million copies worldwide as of November 25, 2018, and is possibly the PlayStation 4’s best-performing exclusive, beating — and significantly outpacing — Uncharted 4: A Thief’s End.

Price started Insomniac in 1994, and since then the company’s games have sold more than 44 million units. The company’s titles also  include high-profile games like Spyro the Dragon, Resistance, Sunset Overdrive, Song of the Deep, Edge of Nowhere, and The Unspoken.

Price took a stand against President Donald Trump’s racist ban on travel from seven Muslim countries in January 2017 with a YouTube video aimed at the gamers who flock to the platform, denouncing the policy and making a plea to viewers to join them being a force for good and making their voices heard.

Insomniac’s console games have sold over 38 million units worldwide since the company’s inception in 1994. Insomniac has also won numerous local, state and national workplace awards for its unique culture.

Price is also a board member and former chairman of the Academy of Interactive Arts & Sciences. 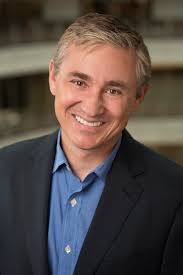 Frank Gibeau is a mobile, PC, and console gaming industry veteran, with 25 years of experience in interactive entertainment. He spent more than two decades at EA, first as president of EA Games and EA Labels, helping develop some of its biggest franchises, like Battlefield, The Sims, and Madden, then moving to executive vice president of EA Mobile, where he helped the company generate more than $500 million in revenue in 2014.

He joined as CEO at social game company Zynga in 2016. The company recently added Helsinki-based mobile game studio, Small Giant Games, creator of the hit franchise Empires & Puzzles, to Zynga’s live service portfolio while also expanding its new game pipeline. It also raised its fourth quarter 2018 guidance based on the strong performance of holiday bold beats across its live service portfolio – in particular, Words With Friends, Merge Dragons!, and CSR2.

Gibeau is currently a director of Graphiq, a data visualization company, and the Vice Chairman of the Corporate Advisory Board for the Marshall School of Business at the University of Southern California. 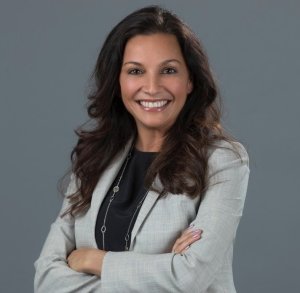 Last year Kristen Dumont became the first female CEO of a major mobile gaming company, one of two women CEOs among PitchBook’s 30 most valuable private companies in the world, and one of a handful of Latina CEOs in Silicon Valley, when she replaced Gabriel Leydon in June.

She served as a strategic advisor to MZ and its founder for two years, helping the company transition from startup phase to a maturity as a global company, and building a solid foundation for growth, before being recruited by Leydon.  As COO, she’s overseen MZ’s worldwide strategy and operations, presiding over the company’s growth as a mobile gaming powerhouse, with titles like Game of War – Fire Age, Mobile Strike, and Final Fantasy XV: A New Empire. As CEO, she says that her job is to refocus MZ on its gaming roots and win the confidence of players, investors, and employees.

Dumont serves as an advisor to Silicon Valley venture capital firm 8VC, and she served a five-year term as a Board Member of the Sky’s The Limit Fund, which provides grants to support at-risk youth to attend wilderness rehab programs. 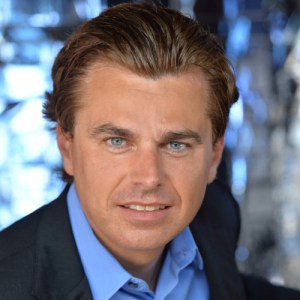 Michael Metzger is a partner at Drake Star Partners, a global investment banking firm that serves the technology, media, and communications sectors.He has over 20 years of experience as an investment banker in that sector, with a focus on digital media, mobile, gaming, fintech, consumer internet, and entertainment.

Before joining Drake Star Partners, Michael was a senior investment banker at Houlihan Lokey’s TMT group, a principal at MESA Global, the merchant bank and advisory firm that specializes in digital media, internet, and entertainment, and co-founder and principal of internet- and digital media-focused investment bank, Covert & Co.

Metzger has advised on many domestic and cross-border M&A transactions including SRS Labs to DTS, Creators Media to France-based Webedia, JumpStart Games to China-based NetDragon, and OUYA to Singapore-based Razer, as well as mergers including Aeria Games with Japan-based Gamepot / So-net Entertainment and financing for Acorns by Paypal and Rakuten.

And with our theme this year “Building Gaming Communities,” our speakers and guests will talk about the best practices for building sustainable and positive communities in games.