It was a close shave, and things got a bit hairy, but GamesBeat has found the best beard of the Electronic Entertainment Expo trade show in Los Angeles last week.

God of War’s Kratos is GamesBeat’s E3 2016 nonaward winner for “Best beard that signifies maturity and hipness” at E3. The new sequel to one of Sony Interactive Entertainment’s biggest franchises is looking to set a new, more mature tone. Kratos will spend most of the game raising his son in between battles with demons and demigods. And you can tell that he isn’t just an angry yelling dude now because he has a beard, and beards are chill as hell.

Above: Apparently, between God of War: Ascension and the new God of War, Kratos also killed and stole the power of ZZ Top.

Kartos’s new bristles don’t only show that he has grown up, but they also suggest that he’s a hip dad who doesn’t put on a suit every morning before heading off to the 9-to-5. He probably brews his own suds and knows how to ride a unicycle. And I’m glad he isn’t real because he’d probably rip my fingers off one at a time for joking that he looks like a hipster.

But even if he does look like an assistant professor at Portland State University, that is still the best beard of E3.

And it’s not like Kratos was alone. Gears of War’s Marcus Fenix reappeared (reap-beard?) with his own gray goatee. Adam Jensen from Deus Ex: Mankind Divided is still rocking his well-kempt “Tony Stark” look. And Dishonored 2’s Corvo Attano is showing his maturity with some stubble.

That’s a lot of old dude characters trying to distinguish themselves with a little scruff.

For real, though, the great E3 2016 beard race was between Kratos and one other person: For Honor creative director Jason VandenBerghe. Now this is an incredible chin mane. 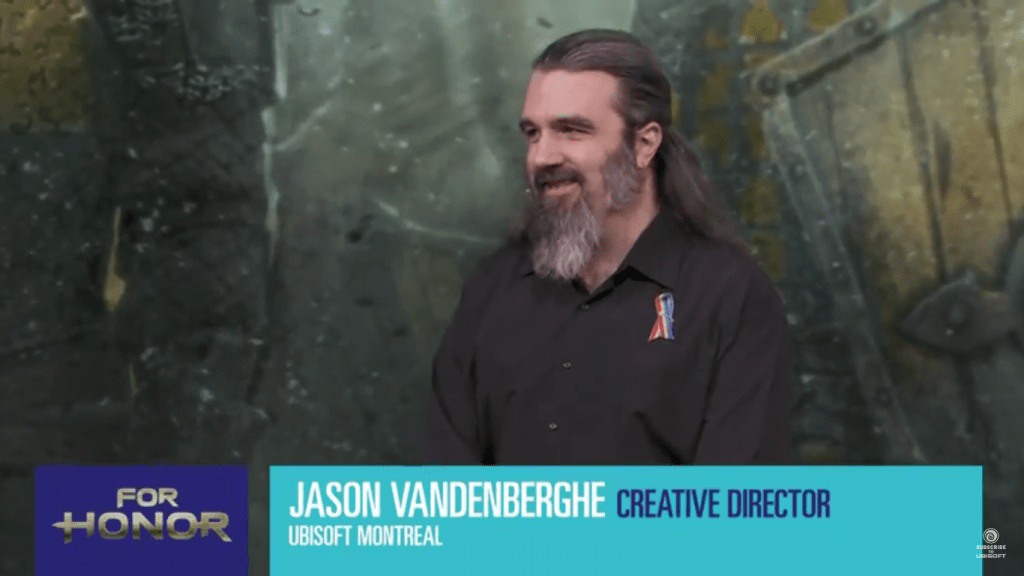 Above: Ubisoft should hide its shares from Vivendi in that beard.