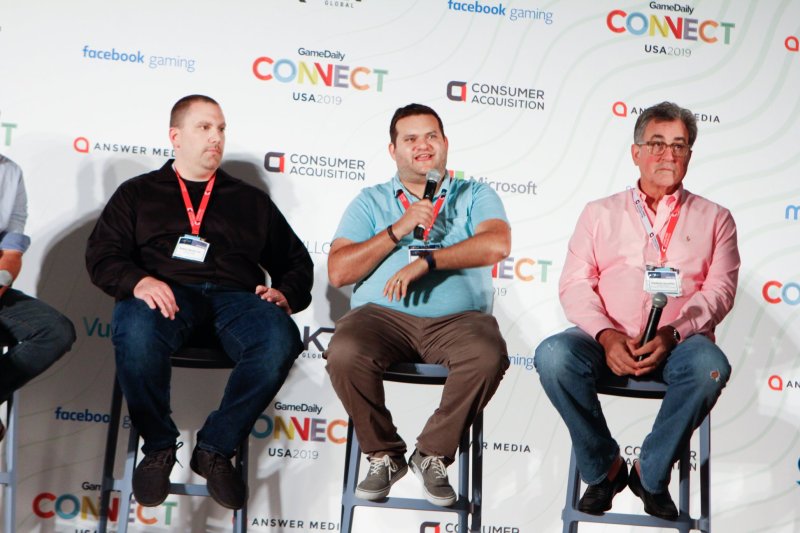 GamesBeat: We touched on addiction earlier. Everyone knows that the WHO recently decided to classify gaming disorder as a real medical condition. That sets loose a new debate on whether video games are too addictive or not.

DeLaet: I have a 15-year-old boy, and I can say the Fortnite epidemic that’s been going around has been annoying to me as a guy who works in the game industry. A kid who plays that nonstop when he’s out of school — I’m trying to tell him that you have to do real things in life.

GamesBeat: But he could win $3 million as the Fortnite world champion!

Futter: There was a lot of outcry against this. There are some positive aspects of something being classified by the WHO, and one is that it can be diagnosed. If you have addictive behavior, and that addictive behavior — a child is too young to gamble, let’s say. They’re not going to be diagnosed with gambling addiction or substance addiction, but you can identify early in their life that they’re prone to addiction. This is the way a tendency to addiction is emerging. Then you have medical professionals who can lean on that and say, “We can talk about that and start treatment for that.” Insurance will cover it.

In the United States, then, there’s some benefit in that. There’s also a misunderstanding that — I play 20 hours of video games a week, so that means I’m addicted. Really, I can play 20, 30, 40 hours a week as long as I get everything else done in my life. I take care of my relationships. I take care of my pets. They eat twice a day. I don’t play 40 hours. I wish I could play 40 hours of games a week. That era of my life has passed. But you can have someone who plays for two, three, five hours a week, and then they obsess about it.

My son is diagnosed on the ADHD spectrum. He perseverates about the things that he’s really interested in. Thankfully, it hasn’t progressed to a point where it negatively impacts his schoolwork. He’s performing well academically. But it’s something we’re aware of. It can get to a point where–the child is regulated, because the parents are saying they’re only allowed to play five hours a week, but all they’re doing is focusing on games. They go and read on the internet about games and watch videos about games. Even though they’re only playing five hours a week, those tendencies might be emerging in other ways. It’s not strictly about how long somebody plays. There’s a set of behaviors around it.

I spoke at a community college class for psychiatrists. They didn’t know anything about video games, and they asked me to come explain games to them, because they know it comes up in their work. The way it comes up is through addiction conversations, but also as a source of conflict between kids and parents. Parents are always trying to crack down in some way. They’re not understanding why the kid won’t cooperate, or why they’re having different kinds of family troubles because of this. The psychiatrists were saying, “This is a real thing that we’re going to have to deal with in our practice. That’s why we want to know about it.”

Ying: It’s interesting, because there are many factors that bring this up right now. One is that in video games, digital entertainment, we’ve gotten to a point where they are very substantive competitors to real-life activities. We were chatting before about how when we were growing up, we were playing outdoors, and that was the most fun we had with our friends. Now, for many kids, the most fun they have is playing Fortnite with their friends. That platform just wasn’t available to us.

Another part is, for the game developer, at this point, as metrics-driven as a lot of these games are, people are so focused on day one, day seven, day 30 retention that they optimize for those metrics. Those are the types of things that do lend themselves to addiction. You’re designing the game to get people to come back at regular intervals. All that wasn’t possible when there weren’t these metrics to tune games.

Futter: Along these lines, when you’re talking about a medical profession that’s well-versed in this — you can say, “Here’s how many drinks that we look for.” If you’re drinking X, we start to get concerned about that. But we look at these other behaviors, again. You can have a drink a night and it’s no big deal.

Pachter: Games, when I was younger, were single-player only. You could beat a game in 30 hours if you sucked. But you didn’t have to play it 30 hours in a row. You played five hours a week for six weeks and finish the game. Games have migrated now to being almost always multiplayer and social. They never end. It’s a different type of experience, which also is addictive and brings kids back into it. 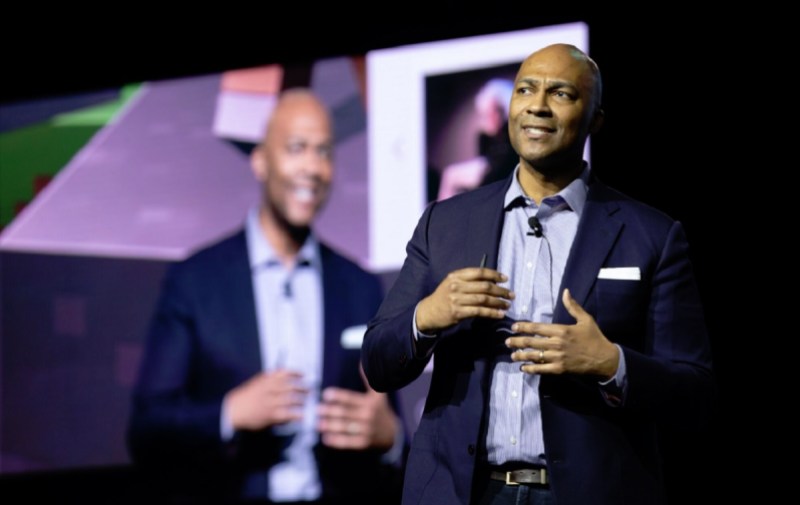 I get asked this a lot by investors, because they’re trying to figure out if game companies are bad or good for society. We have 168 hours in a week. We spend about 40 hours working and about 40 hours sleeping and about 20 hours just getting to and from work, school, eating, showering, doing whatever. That leaves 68 hours where we just fuck around. When I was little, it was playing outside or doing sports or watching TV or reading.

Our kids are filling that 68 hours with screen time, which might be video games. It might be Snapchat. Mike made the point — if they’re getting everything else done, getting their schoolwork done, working or doing whatever they’re supposed to be doing in that 40 hours, who cares what they do with their time? Unless it’s stopping them developing as humans and keeping them from socializing properly. I think Snapchat’s a bigger threat to society than games.

But from an “addiction” standpoint, I think it’s just a choice of how you want to spend your time. There will be a percentage of people who are truly addicts, or who have addictive tendencies, and the rest of us are just really excited about a particular game.

GamesBeat: There are two things happening here, and it’s very similar to video game violence. The game industry has a faith that it puts out to everyone else in the mainstream. It doesn’t want to accept legal liability here. The actual strategy, for violence and for addiction, is to say that video games don’t cause this stuff. Other things cause it. There’s no research that links video games to violence and no research that links video games to addiction. They have this wall.

But within the industry, we can have this conversation. How do you design a game to be more or less addictive? That’s a very practical thing. I think parents and kids also–parents are having these conversations about addiction with their kids every day. It’s unencumbered by this fear of legal liability. People are intuitively coming upon this subject as a very important one. I don’t know if we want to talk about these two different levels, but is there a way to design games to be more socially acceptable and less addictive?

Ying: I do think there is, in my experience. I played a lot of the heavily social Machine Zone-type games where there’s a lot of social pressure to be on all the time and at key times of day. I played Rage of Bahamut, one of the first card battle games. They had wars every six hours, and I would always have an alarm at 2 a.m. to wake up and play this game. That, I would say, was addictive behavior.

Over time, you learn that this is not healthy. I deleted the game. Nowadays I’m playing Clash Royale, where I think they have good mechanics for limiting how much you play. Once you have all the boxes for the daily activities, there’s really not much point in playing more. I do play four or five times a day, but it’s not like you can just play the game forever.

Above: Marvel Contest of Champions was Kabam’s biggest game.

DeLaet: Having worked for Kabam, we definitely tried to limit it, but there’s a lot of social pressure, to your point. These alliances pressure you to play nonstop. They kick you out if you’re not playing 15 times a day. It gets to a point where you have to self-regulate, like you did, and either delete the game or take a while off, or maybe get to lower-pressure alliances that are more your speed.

As game developers, there are ways to do that. You turn off some of these features like login counters or social push notifications that will help tone things down. It’s not always telling you to jump in and play all the time. That gets really annoying. Either you play and spend tons of money, or you don’t.

Ying: I do think that in the long run, the companies that are going to benefit the most are the ones who are able to design game mechanics where it does inhibit highly addictive behavior. If it’s highly addictive, it’s not going to be long-term gameplay. At some point either they walk away, or something’s going to drive them to delete the game.

Drexler: Just a crazy thought, per your question: could we do both? Could we create a game that’s both addictive and actually good for the planet somehow? Somebody was telling me at lunch today about a browser you could download to plant trees in the Amazon rainforest.