Disclosure: The organizers of the Quo Vadis event paid my way to Berlin, where I moderated this session. Our coverage remains objective.

People around the world want to make great games. And American game creators are eager to impart their hard-earned knowledge. I traveled to Berlin with a group of gaming veterans who talked about their decades of experience in game development and their advice for those breaking into the business.

We talked about how to break into the business and their predictions about where gaming is going. Virtual reality was high on the list, but so were mobile games and triple-A console titles. Here’s an edited transcript of our discussion. (Here’s part two). 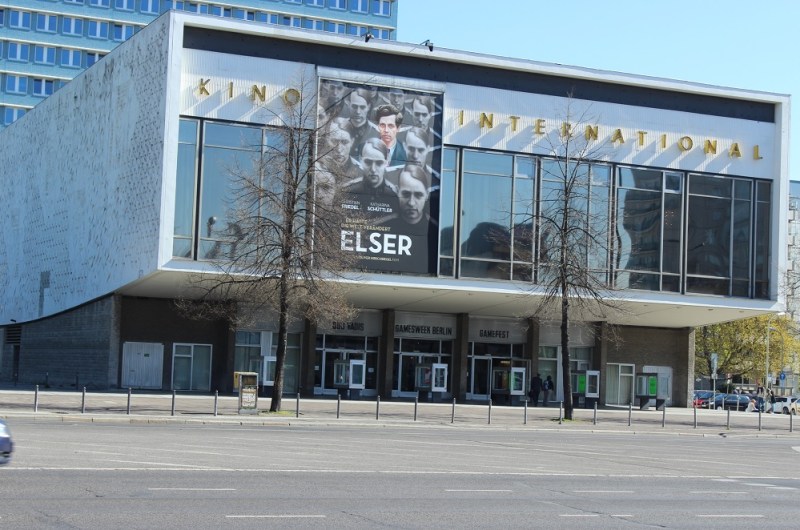 Above: The Kino International theater where Quo Vadis took place.

GamesBeat: We have a very interesting group of veterans of game development and publishing here, from very different parts of the industry. To my right is Glen Schofield. You heard from him earlier today. He’s the general manager and cofounder of Sledgehammer Games. His studio created Call of Duty: Advanced Warfare. Glen has a long history of working on games like Dead Space for Electronic Arts’ Visceral Games.

We have Noah Falstein. He’s the chief game designer at Google. I’m not sure if Google makes games, but I guess they do? The Google Doodle games maybe count?

GamesBeat: Yeah, Ingress is pretty good. Noah has also been around the industry for quite a long time, working at places like LucasArts, Dreamworks, and 3DO. We have Berlin’s own Jens Begemann, CEO of Wooga, the creator of games such as Agent Alice, Pearl’s Peril, and Jelly Splash. Then we have Ed Fries, the former head of Microsoft Game Studios. He’s a game adviser now. Ed had 18 million-unit hits at Microsoft during his time there.

Ed Fries: That used to be a big number.

GamesBeat: He was also one of the founding members of the Xbox team. So, welcome everybody. For each of you, from where you sit, tell us how long you’ve been in games and why you’re still in games.

Glen Schofield: I’ve been around for 25 years. Why am I in it? Every single game presents a challenge. I feel like video games are one of the biggest creative endeavors we have in entertainment. It’s not just visuals. It’s gameplay. We just keep adding more and more to them. I love the challenge, love working with people, and I love seeing people’s faces when they like the game you’ve made.

Falstein: It’s 35 years for me. I was talking to Ed yesterday about how one of my influences was, in the 1970s, seeing Nolan Bushnell’s Computer Space, which was even before he did Pong. It wasn’t a big commercial success, but it did get me and quite a few others excited about games. Now it has grown in so many ways into consoles, the PC, web-based gaming, social gaming, free-to-play gaming, digital distribution, mobile gaming, just one revolution after another. What’s happened is, it’s created one market after another. Instead of there just being one thing that will be the future of gaming, there are all these different platforms and all these choices and they all create opportunities for game developers.

GamesBeat: Everyone here is at a very seasoned place in their career, if not at the peak. What kind of advice do you have for people who are starting out now? I guess you wouldn’t tell them to go into Facebook social games now, but what would you say that people should pay attention to or study or be ready for?

Fries: Sometimes it’s good to be where people aren’t going. 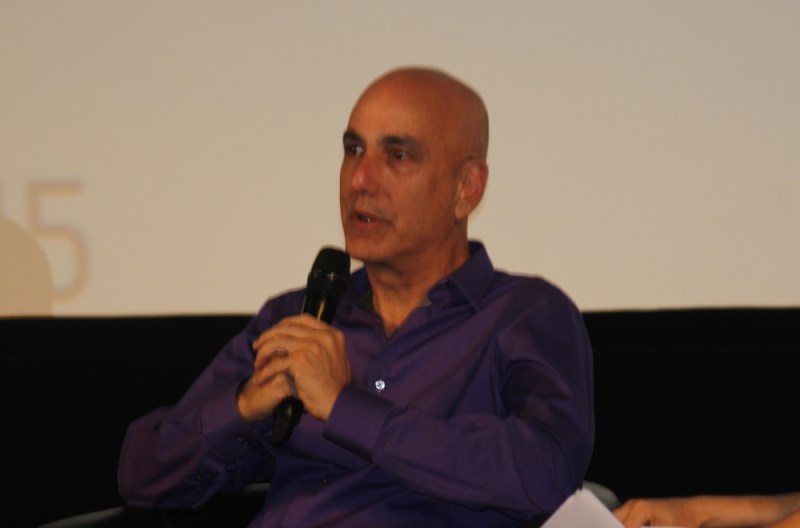 Above: Noah Falstein, the chief game designer of Google.

Falstein: One thing that has been absolutely true throughout the whole history of games has been that if you have an aptitude for coding, that’s a good way to get a steady, safe employment. Now, perhaps even more than before, that tends to be a predestined thing. It seems like there are a lot of people who say, “Oh, I never considered doing that. Let me try it.” They find that they’re actually good at coding. It’s almost a calling that way.

Short of that, one of the things that’s been clear to me and that I try to pass on to people is that passion is great. Passion is really important. There are so many passionate people who love what they’re doing in this industry. It’s hard to compete if you don’t have that. Being persistent, sticking with whatever you do and not giving up is in my experience the quality—Particularly for people breaking into the industry, that’s the difference between somebody trying for a month or two, sending out a few resumes, and getting disappointed, versus the one who sends out 80 resumes and the 80th gets them their dream job. Persistence probably trumps just about everything else.

Schofield: I always say passion, persistence, and patience. All the time, when I talk to kids coming out of school, that’s what I tell them.

Jens Begemann: My biggest thing would be to tell people to make games. The tools are now so powerful that even if you’re not an engineer by education, you can create games that are fun. You can use Unity. You can use things like Game Maker. One of our game designers, last autumn, started to work on a strategy game. He said, “Let me try it alone. I’ll do the first prototype in Game Maker.” It was basically just two people with a game design background, and after three months they had a strategy game with PvP in it coded in Game Maker. It was just a prototype, no impressive graphics, but 50 employees played it for months, doing 30 or 40 sessions every day and competing for the high score. It was nothing we could ship, but it was clearly fun. You don’t need to be an engineer. If you have the skills of a game designer, you can take these powerful tools and create games that are fun.

Schofield: People are always saying, “I can’t get a job. There’s not many jobs. You won’t find a dream job.” What I say is, “Let’s step back for a second.” At my studio in Foster City we have 250 people. Electronic Arts is about a mile away with a couple of thousand. In our area alone we probably have 10,000 jobs. My studio alone has 120 jobs for artists. You go down to LA you’re talking thousands of jobs. So don’t say there’s no work. It takes persistence and passion and all that. There are jobs. But you have to love what you do and show us that you love it. We want to give jobs to passionate, talented people.

GamesBeat: What’s the progression of a career like now? Ed recently did an Atari 2600 version of Halo.

GamesBeat: But I mean that probably gives you the skill to do a wearable game, right? An Apple Watch game? That’s one interesting end of the spectrum. You could also be one of 250 people working on a Call of Duty game, which is a very different experience than doing a game all by yourself.

Fries: To me it’s back to what he said about making games. There’s no excuse anymore. If you’re a designer you can make a game by yourself. If you’re a programmer, write a lot of code. If you’re an artist, make stuff. That’s how you get better.