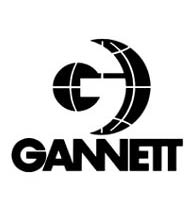 America’s biggest newspaper publisher will cut 1,000 to 2,000 jobs from its workforce of 41,500, according to a Wall Street Journal report. The company already cut 4,600 jobs last year.

Gannett publishes USA Today, the nation’s most-read newspaper, plus more than 80 local daily newspapers, giving it the largest circulation reach of any U.S. newspaper publisher. The local papers are where the latest cuts will be made. Dwindling spending by advertisers, particularly in local newspapers, dropped Gannett’s first quarter income 60 percent from 2008. Total ad revenue for the first quarter was down 34 percent.

The Journal reports that Gannett had $3.7 billion in debt at the end of the quarter. That makes the mere one billion dollar debt at the New York Times seem a lot less of a problem.