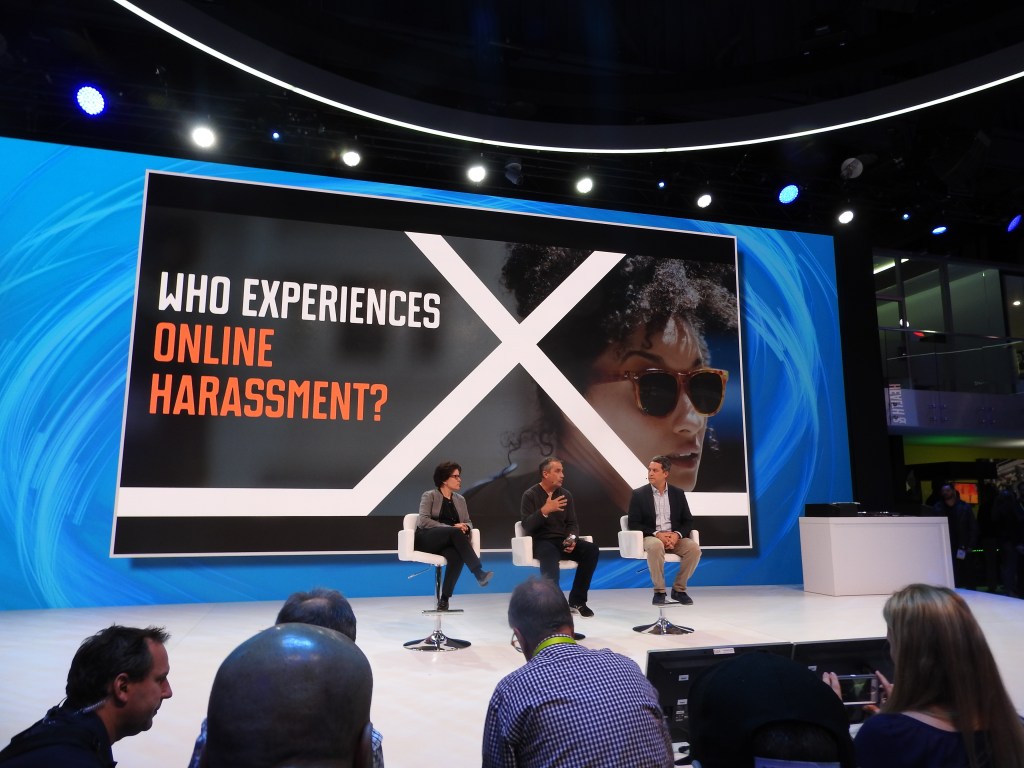 VB: The other thing that seems to be crossing all of culture these days is what’s on the cover of Time Magazine, the year of the “silence breakers” and sexual harassment issues. Do you detect any activity on that front as far as sessions go, people wanting to talk about it in some venue?

Shapiro: In 2017, we did have a panel focused on diversity. It was all women. But it was one of our least attended. I haven’t seen any interest this year. Certainly, people in that world of diversity trainers — I’m not going to say they haven’t contacted us and offered their services. But we’re focused on innovation, the future, business, things like that. That’s not an area where we’re presently planning to have anything that I’m aware of, as far as focusing on sexual harassment. It’s difficult to figure out who the audience would be.

Diversity is still a core principle of who we are and what we do. At CES in 2017, we had 250 or 275 women speaking. We’re always focused on diversity. But diversity and sexual harassment are different things in my view.

VB: The only thing I noticed — from talking to one person, they dinged you guys for not having a woman keynoter this year.

Shapiro: We do have women keynoters, and we’re certainly going to be making some announcements. We always have to cross Ts and dot Is. Our history, as I told you in 2017 — women have been on the CES keynote stage at least 15 times in the last seven years. We have several hundred speakers. A good number of them are women, although I don’t know the exact number. When we talk about diversity at CES, those platforms that those women and other speakers have are very important. They’re getting a voice and making a difference. That’s pretty important to us.

It’s a business show, obviously. We’re not going to ignore diversity. We’ve been a pretty proud advocate for women, minority, and immigrant tech leaders. We have a lot of coveted spots — super sessions, keynote tracks, storyteller panels. I would argue that all of our women minority speakers deserve attention. To single out the keynote stage ignores the people who invest a lot of energy and expertise in CES.

We have Lisa Sugar, the president and founder of PopSugar. Stephanie McMahon, chief brand officer of WWE. Molly Battin, chief brand strategy officer at Turner. Julie Plec, executive producer and creator of [The Vampire Diaries]. Sarah DeWitt, VP of PBS Kids Digital. We have the head of A&E, Nancy Dubuc, since that was just leaked out. She’ll be part of a keynote panel. We have more announcements coming as well. 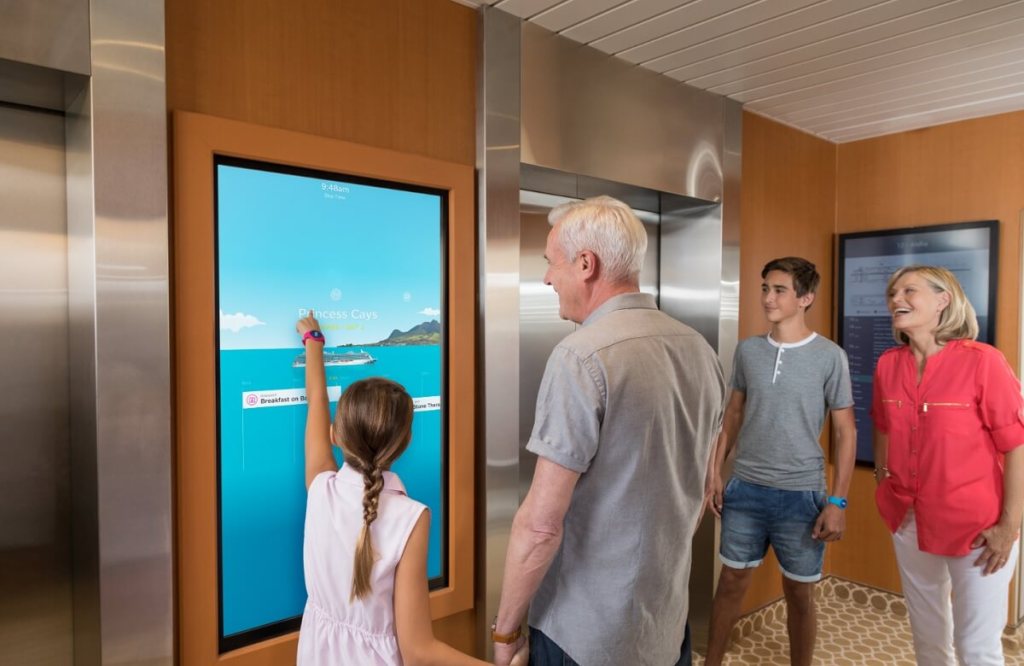 VB: One of the keynotes I liked a lot last year was the Carnival one. It was all about a non-tech company embracing technology and making it invisible on their cruise ships. That seemed like a very different kind of keynote, as opposed to the ones that come from tech companies.

Shapiro: That’s a great point. At the time, I felt we were taking a risk. I labored over that decision, honestly, more than any other keynote decision I’d made. It’s a cruise company, but honestly, they had presented a vision that was focused on a smart city in a way that was just beautiful. That got us into the smart-city space. They’re clearly investing a huge amount of money. I believe, as of tomorrow, if you go to our web page, there will be something on it. Our marketing people are really excited about it. It shows what happened because of that keynote. They were very pleased. I was very pleased. I didn’t hear any criticism of it at all from anyone. It was a stretch, and it was great. We’re hoping for more stuff like that.

The keynote stage is for big companies that have something to say. If it’s a single-person keynote, they’re presenting a vision, a product, a trend. That’s what we want and what we look for. The other one that really turned me on is when Reed Hastings of Netflix spoke, and as he was speaking, the person next to me was watching his stock go up several points. That was cool.

Having said that, we have great keynoters in so many different ways and so many different areas. Brian Krzanich of Intel is always amazing. He used this platform to announce their diversity goals, which were pretty aggressive, reflecting the U.S. population in their employees by 2020. We also have Huawei, which is a big deal.

VB: Turner and Hulu, they seem like not necessarily your normal keynoters.

Shapiro: We expanded a few years ago. We went with this thing called C Space. There are a lot of exhibits now, but it didn’t start that way. It’s a kind of conference for chief marketing officers. They’re getting together and trying to figure out how they deal with all this new technology, all these new platforms. Instead of just putting an ad out in the trades — the technology is changing so quickly, they have to deal with it.

The issue in the marketing world is that if you can do something different, it could be very inexpensive because you’re there first. Then, everyone else figures it out, and they do it, so it gets more expensive. Then, you go on to the next thing. With platforms like Twitter and Facebook and everything else out there, they’re trying to keep abreast. They need to get together. It’s not just CMOs from our traditional tech companies. They’re CMOs from some of the major brands. We’re getting more focus on that. It’s grown into a few locations now. There’s a lot going on there. It’s very popular, and it’s getting more visibility.

The stage sets, we mixed them up a bit this year. The physical facility is a bit different. Aria is the headquarters of C Space. One of the major conference components, the storytellers are there, intertwined with all the exhibits. There’s a huge seating area. And then, right adjacent to that is our new keynote venue, the Park Theater. We’ll have the Intel keynote and the C Space keynotes happening there. We’re not using the Westgate Theater at this point, but it’s on hold in case we need it for overflow. 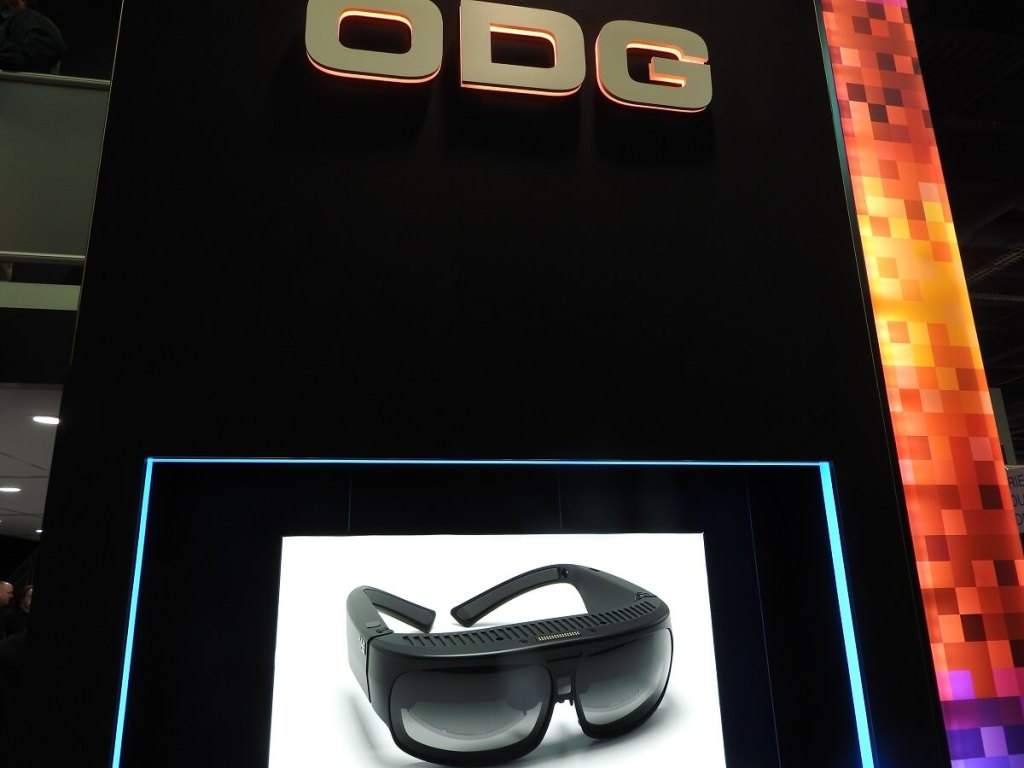 VB: Can you address the security issue? Is there the same security level as before or anything different?

Shapiro: Security, as it has been since I started, is always evolving depending on the world situation. We’ve come a long way in the 30 years I’ve been involved in that specific issue. The physical security issue, we spend a lot of time on it. We’re always trying to do the best we can. We work local officials, the FBI, Homeland Security, and others pretty carefully.

One thing the FBI recommended to us a year or two ago was that we go to a photo ID system, a photo on the badge, because that way, people can’t transfer their badges off. Frankly, it helps us in a lot of different ways. There are lots of reasons to do that.

We have many different types of security, but in terms of the outward-facing things I’m happy to talk about, we’ve changed the patterns of how people flow in and out of the facilities over the years. We’ve gotten better flow. We’ve stopped allowing, except with very careful exceptions, people carrying bags in. We ask for transparent bags, which are apparently a very popular item on eBay now, CES transparent bags. We obviously use all the standard tools that any venues use around the country and the world in terms of security.

We have a new security app, which is really cool. It’s made by a company called LiveSafe. I met their CEO, Carolyn Parent. The Hearst Company invested in this startup. I’m so impressed by what they do. It’s used by a lot of companies on a full-time basis, the NFL, and elsewhere, but it allows people to do all sorts of things. They can report things, take a picture — it even allows people to track their employees to make sure they get to their cars at night. For us, it’s mainly about, “If you see something, say something.” We want to promote that. We’ll be out there with different ways of doing that.

As we get closer to the show, of course, we’ll have more security messaging that’s focused on the site. But we take security very seriously. It’s obviously a big business event with a lot of important people. When you get some of the people we attract, at the government and CEO level, a lot of security people get involved.