The Game Developers Conference (GDC) will honor two game industry leaders at its 17th annual Game Developers Choice Awards: Jordan Mechner, the creator of Prince of Persia (one of the classics of the late 1980s in PC gaming), and Mark DeLoura, the former digital media adviser for the White House.

The awards event will take place during the conference in San Francisco on March 1, at 6:30 p.m. Mechner is a game designer, author, and screenwriter. He is best known as the creator of the action-adventure game Prince of Persia, which first debuted in 1989.

DeLoura will be honored with the Ambassador Award for dedicating his life to the education and the productive use of technology within academia, the media and video games, holding roles that include senior adviser for digital media during the Obama administration. 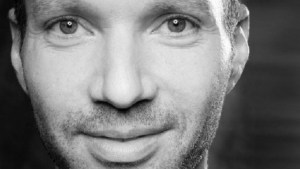 The Ambassador Award honors someone who helps video games advance to a better place through advocacy or action.

Mechner’s career has spanned decades. He began developing games in high school in Chappaqua, New York, during the 1980s, eventually developing and programming his first game, Karateka, as a student at Yale University. Karateka’s use of realistic graphics and cinematic storytelling made it a bestseller in 1984. Mechner remade Karateka in 2012.

Mechner’s next project utilized a refined version of the advanced rotoscoping animation technique he developed for Karateka. That project was Prince of Persia, and its release on Apple II in 1989 became an instant sensation, and it still serves as a huge influence on the design of the modern action-adventure video game genre.

His follow-up CD-ROM adventure game, 1997’s The Last Express, is one of the most ambitious and artistically successful interactive narratives to date. In collaboration with Ubisoft Entertainment, Mechner designed and wrote Prince of Persia: The Sands of Time, which became a huge global franchise, totaling 20 million games sold to date. Mechner went on to successfully adapt the franchise into a major motion picture by the same name. He’s working on an unannounced project.

DeLoura’s career in tech as an engineer and developer of virtual reality (VR) technology in the early ’90s. He moved on to the game industry, joining Nintendo to help teach developers how to create games in 3D for the Nintendo 64.

He was also editor-in-chief of Game Developer magazine, as the originator of the Game Programming Gems book series, and with supervisory and industry liaison roles at companies including Sony PlayStation, Google, and Ubisoft.

In 2013, DeLoura joined the Obama White House as the senior adviser for Digital Media for the Office of Science and Technology Policy. DeLoura dedicated two years there working to encourage innovative uses for games, and initiated the administration’s interest in K-12 computer science education.

Teaming up with the U.S. Department of Education, Smithsonian, and NASA, DeLoura brought the first “game jam” to the White House, drawing 135 game developers, researchers, and educators together to build innovative learning technologies for the classroom. DeLoura’s work was among the highlights of an administration that used technology and education to engage the minds of children, helping organize brain games at a Smithsonian Super Neuroscience Saturday event, a White House Maker Faire and Science Fair and a Kids’ Coding Hackathon with robots, STEM (science-oriented) toys, Maker activities and coding games.

In addition, organizers of the GD are announcing that Mega64, the video game sketch anarchists, will return to create videos for the Game Developers Choice Awards ceremony this year. These will complement new videos by Ashly and Anthony Burch, the sibling team behind the “Hey Ash, Whatcha Playin’?” video series, who are returning to contribute original videos to the IGF Awards ceremony.