Crowdfunding is growing up.

Launched in May 2013, Silicon Valley-based GE Ventures plans to invest $150 million annually across energy, healthcare, software, and advanced manufacturing companies. Between the GE brand and its substantial capital pool, GE Ventures could probably snag any investment it wants through traditional channels — but the OurCrowd partnership demonstrates GE’s confidence in crowdfunding as a valuable method for company discovery. 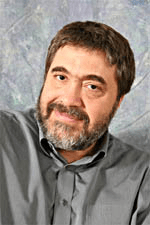 “OurCrowd has created a unique platform for dynamic early stage origination and funding,” said GE Ventures CEO Sue Siegel in a statement. “They offer a quality investment environment, and the partnership will give GE increased access to early innovation.”

OurCrowd is an equity crowdfunding platform exclusively for accredited investors, who need to invest at least $10,000 per deal. It has raised over $24 million for its 28 portfolio companies since its Oct. 2012 launch. The biggest deal was a $2.1 million round this May for Tel Aviv-based NativeFlow, which offers a corporate data protection solution for mobile devices.

OurCrowd raised a $5.5 million funding round in Feb. 2013 through its own platform. It intends to expand internationally, but will continue to focus primarily on Israel, which has a burgeoning high-tech scene.