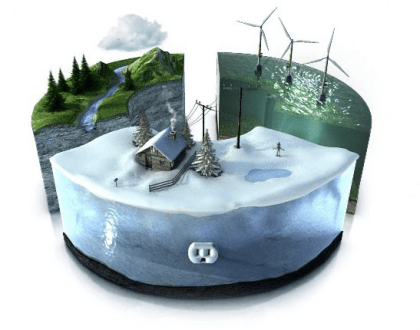 General Electric announced today that it will be funneling $10 billion more into its cleantech research and development initiative, cleverly dubbed Ecomagination, over the next five years.

The company has seen great success with the program so far. Five years ago, it allocated $5 billion to it, and since then it’s reaped $70 million from the products and investments supported by Ecomagination ($18 million in revenues last year alone). This is a huge return on what was essentially an experimental idea.

It’s no wonder that it’s doubled up on its investment through 2015.

According to GE, revenue from the products created under the banner of Ecomagination is expected to grow at double the rate of the company’s overall revenue over the next five years. That’s indicative of the rapidly increasing demand GE is observing in this area.

All told, more than 90 products have emerged from the initiative. None of the money sunk into Ecomagination will go to outside startups. Those entities are usually backed by GE’s Energy Financial Services branch and GE Capital, which have together invested $175 million in 21 companies.

General Electric is just one of several massive corporations that have earmarked billions to pursue greener technologies. In April, LG Electronics said it would invest $18 billion in greening its product lines and internal practices. Sony says it will spend about as much in an attempt to dominate the green electronics market while simultaneously achieving carbon neutrality. And just last month, Samsung launched its own $21 billion green roadmap.