Randy Pitchford, the CEO of Gearbox Software, teased the next Borderlands game at an event held by Epic Games today at the Game Developers Conference in San Francisco. The blend of shooter and loot games like Diablo is a favorite for millions of fans, and any word of a new game is sure to stir a lot of Internet craziness.

Pitchford said the company is working on a next-generation game that he could not name. But the scenes — a technology demonstration, not a game — are clearly set in a Borderlands-style universe. He pointed out the various nuances in 3D graphics, with shadowy and barely visible sections of a scene with lots of bright details. 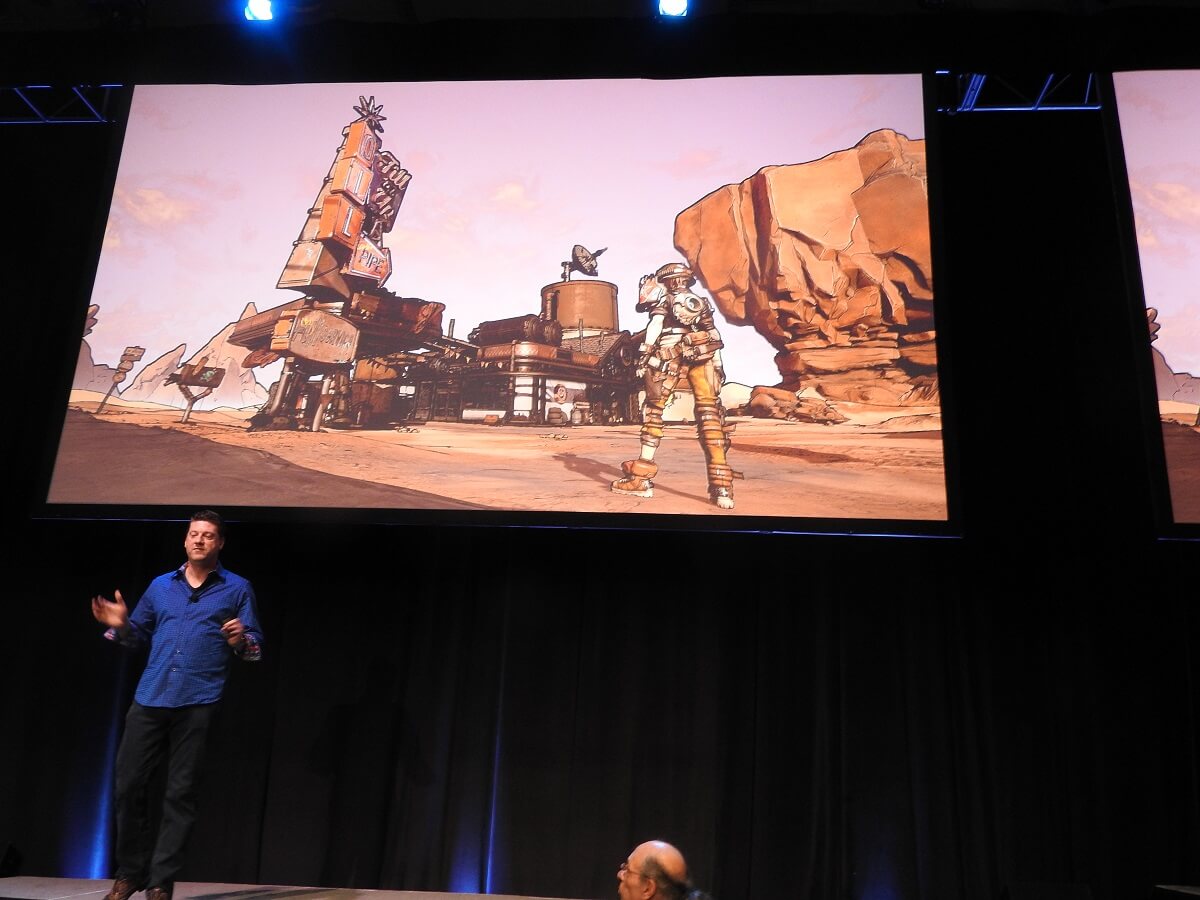 Above: Randy Pitchford shows a tech demo of a Borderlands style environment.

Did he announce or show an actual game? No. But the tech demo is impressive, and Pitchford said, “This is really incredible technology” that Gearbox would use for current and future hardware technology.

He smiled as he said it was “not a video game” demo. He also said that the company is working on a new Borderlands for fans and that they would hear about it soon. He showed a character and was careful not to show her face. 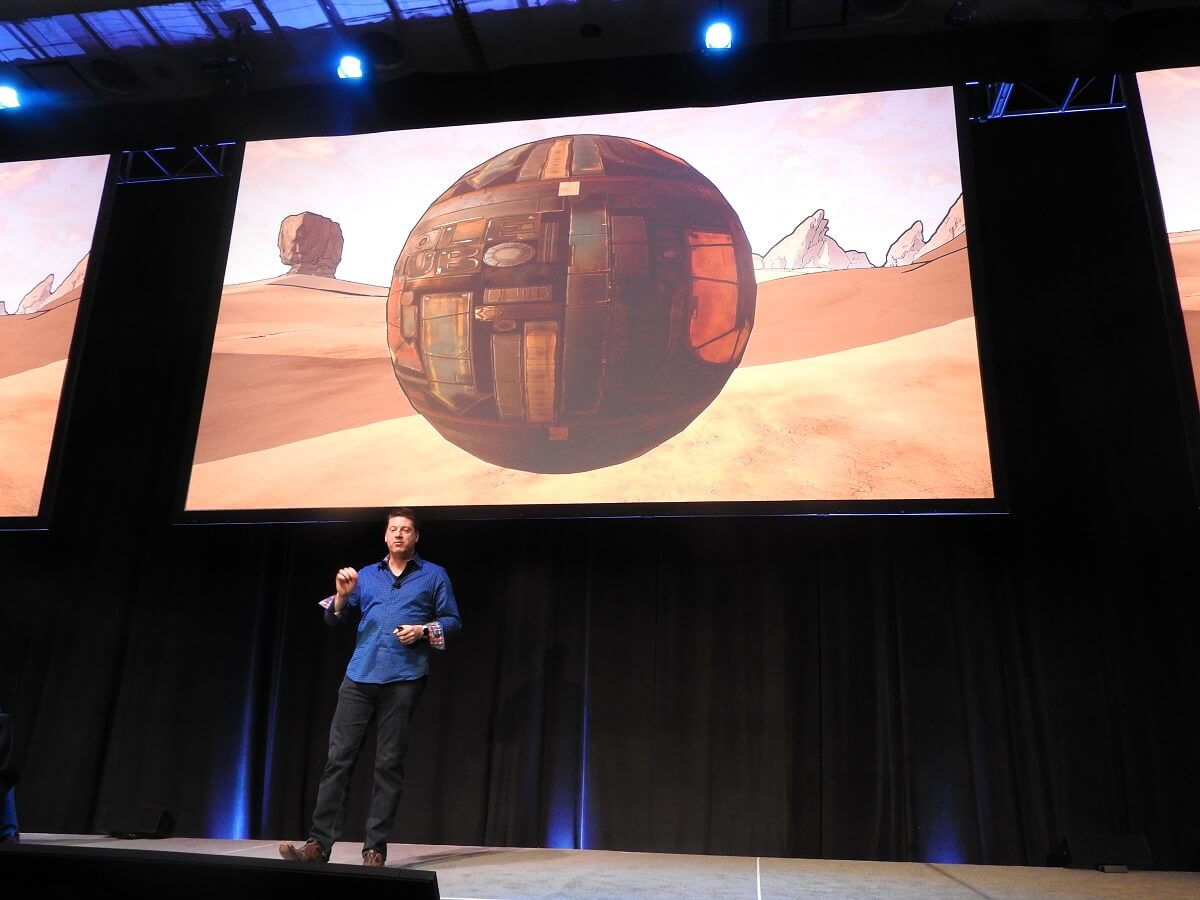 Above: Randy Pitchford of Gearbox Software at GDC 2017.