Gen.G Esports has completed a 13,000-square-feet training facility for its esports teams in Los Angeles. The facility will be key for the fledgling esports organization in its attempt to rise to the top of the competitive food chain.

Esports organizations have been on a race to complete their state-of-the-art training facilities for their athletes. That’s because having a cool place to train is a major selling point for cyberathletes, and the companies that finish these first will have a shot at getting better talent, which is a big part of the battle in differentiating one team from another. Other companies that are creating or have created new training facilities are Team Liquid, 100 Thieves, Complexity, and Team Solomid. 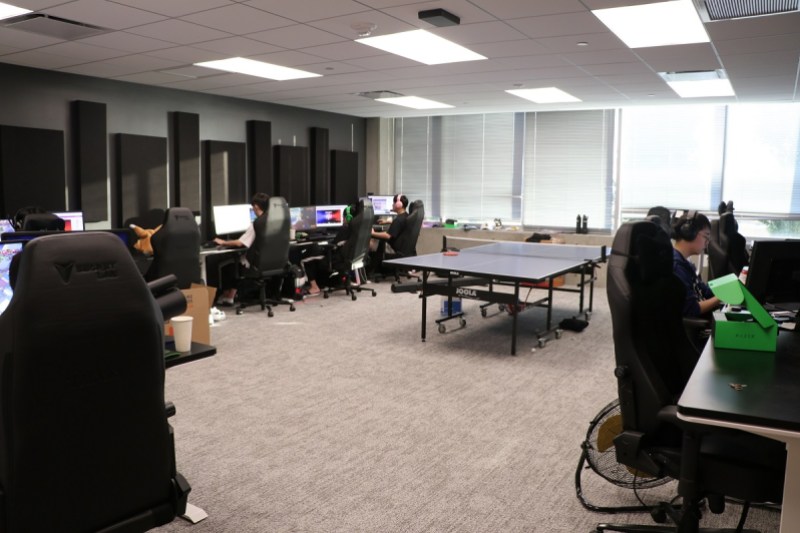 “It’s looking pretty good right now,” Hur said. “Our No. 1 objective was to bridge the esports markets of the East and the West, with headquarters in both Seoul and L.A. We took the lessons we learned from Seoul, the heart of esports, and shared it in L.A.”

Hur said the organization has always seen itself as marrying esports of the East — through it’s headquarters facility in Seoul, South Korea — and the West, with its dual headquarters in Los Angeles. Now the company’s U.S. teams — Overwatch League team Seoul Dynasty, and teams for Call of Duty, Apex Legends, and Fortnite — will train at the new facility. Seoul Dynasty will return to Seoul for the start of the next season, after September.

All told, about 40 of the company’s 100-plus employees and athletes will be working at the facility, which will also serve as a headquarters for business staff. Located within Electronic Arts’ building in Playa Vista, the place has 10 gigabit fiber optic cable bringing in the internet into the scrimmage rooms so that the players can have the fastest connections possible. 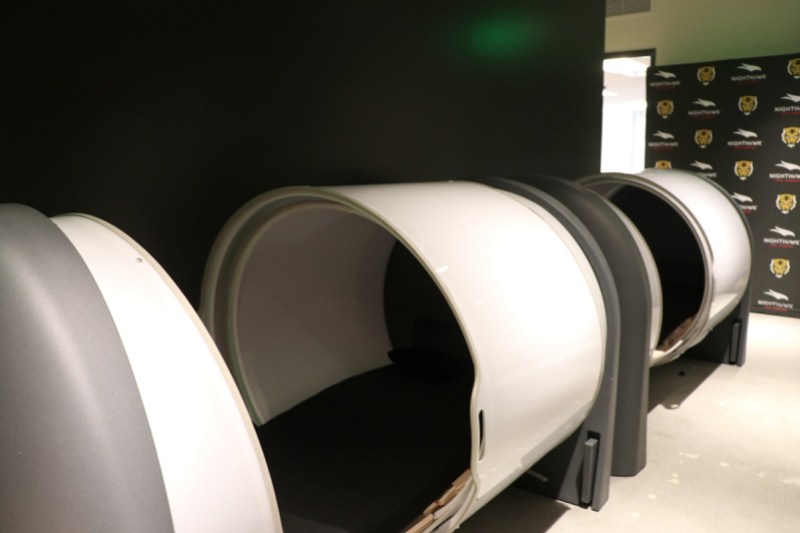 Above: Sleeping pods at Gen.G’s esports training facility in L.A.

Gen.G had been operating out of a temporary space in Los Angeles, and this fully operational LA-based headquarters mirrors the seven-story building in Seoul, Korea that opened last November — which was designed to support professional athletes in every facet of their lives. Health, wellness and a balanced lifestyle all remain areas of high-importance for the organization, Hur said.

Contrary to the gamer stereotype, the place is not littered with empty pizza boxes and occupied by foul-smelling people. That’s part of differentiation.

“You learn that as the competition increases, we try to be more efficient with the hours we are putting in, rather than just having a lot of hours altogether,” Hur said. “Healthy body, healthy mind. They can go to a personal trainer work on it. We can make sure they are getting sleep. We try to provide more healthy food options. Not everybody is on board with it. Someone will order fried chicken on the side. But we are working on that. We are telling them the options.” 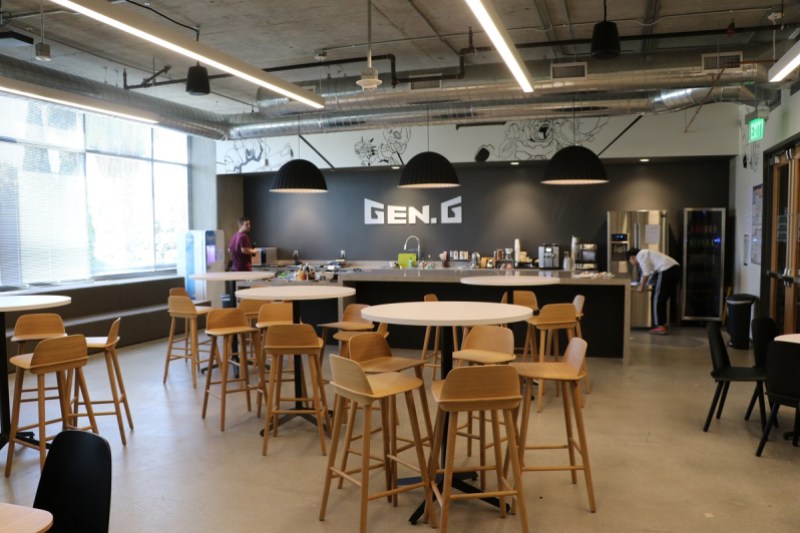 Above: The cafeteria at Gen.G’s esports training facility in L.A.

Players live within a two-minute walk of the facility in safe luxury apartments. Additionally, teams can stop by the large cafeteria at any point in the day for healthy meals. They’ll also have all-access to gym memberships, personal trainers, physical therapy and a full suite of amenities including an Olympic-sized swimming pool, basketball courts, and sand volleyball courts.

Hur said that the team is trying to create a sustainable team with a balanced life. That’s why the team’s camera crews will focus on shooting at the new headquarters when grabbing content for the team’s media channels.

It won’t be shooting content in a single home where all the players live in a kind of frat house, as others have done in the past. The players will be granted their measure of privacy so they can tune out of the esports scene when they want to, Hur said. That’s important for their peace of mind, he added. 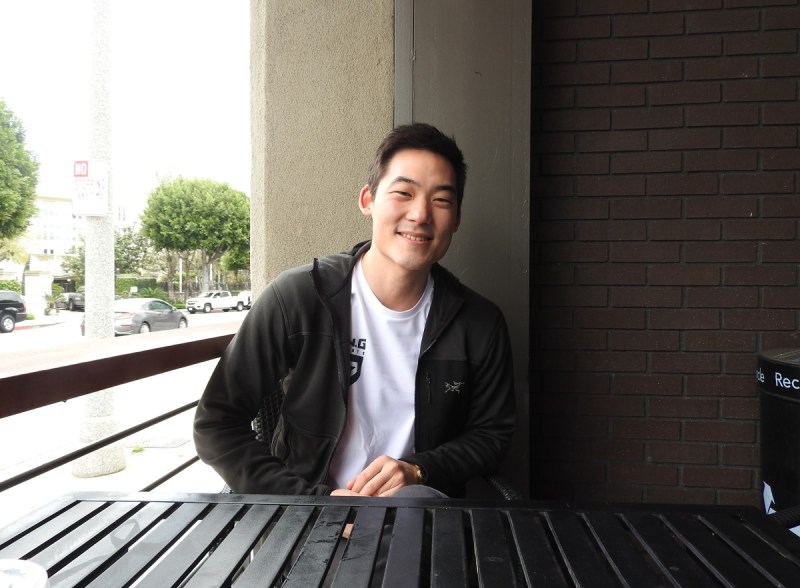 Above: Arnold Hur of Gen.G

“We found success separating work and life,” Hur said. “We are really big on wellness. As a general policy, we will only shoot content in the facility, or when they are clocked in.”

The Gen.G Call of Duty team finished in second place at the Call of Duty World League Anaheim competition in June, advancing all the way to the Grand Finals. Madison Mann and Tina Perez were recently joined by Carlee Gress to form a competitive Fortnite trio while Grimreality, dummy, and silkthread have formed Gen.G’s Apex Legends team.

“We feel really great about the state of our organization as we continue to push the industry forward by spearheading initiatives worldwide,” said Chris Park, CEO of Gen.G Esports, in a statement. “Our fans can expect Gen.G’s presence to only grow across the U.S. following the announcement of this breathtaking L.A. facility.”

Above: Open space at Gen.G’s esports training facility in L.A.

Gen.G Esports was founded by Kabam veterans including Kevin Chou and Kent Wakeford in 2017, with offices in Seoul, Los Angeles, San Francisco, and Shanghai. It owns and manages championship heritage teams competing in the world’s biggest esports competitions on the world’s most recognizable gaming franchises — Overwatch, League of Legends, Fortnite, PlayerUnknown’s Battlegrounds, Clash Royale, Call of Duty and Apex Legends.

As for Los Angeles, Hur said, “I think it’s become really the capital of esports in the West.”