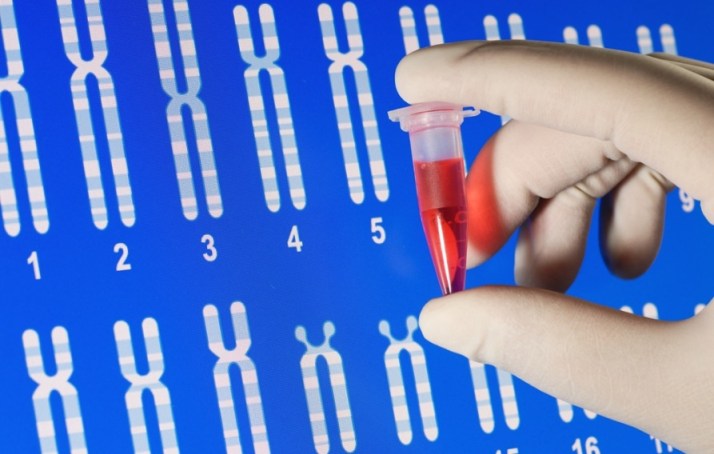 The cost of sequencing the human genome continues to fall, reaching a low of $1,000 this year due to a new microchip and machine designed by genetics company Life Technologies Corp. And unleashed by those lower costs, a small cadre of entrepreneurs in Silicon Valley is exploring ways to harness this data to enable us to live longer and healthier lives.

Dr. Dietrich Stephan, a human geneticist, has spent the better part of a decade trying to achieve that goal. Until recently, it has been costly and time-consuming to map the 3 billion units of DNA, known as base-pairs, which make up the human genetic code. But now, he said, with the low cost of gene sequencing technologies, we are on the brink of banishing a one-size-fits-all approach to medicine.

“Every disease has a genetic component, and yet largely none of the available genetic information is being used today to treat patients,” he said.

Genome sequencing had been limited to a select few. Biographer Walter Isaacson claims the late Steve Jobs had his DNA sequenced for $100,000 after being diagnosed with pancreatic cancer.

To biotech entrepreneurs, bringing gene sequencing to a mass market is the most exciting development since the completion of The Human Genome Project. According to Joe Betts-Lecroix, a biophysicist and entrepreneur, that major international undertaking was expected to yield a map of the mutations that cause disease. Instead, genetics researchers found that the genes only seem to account for a tiny percentage of inherited traits and differences between a healthy and sick person.

“The Human Genome Project was a monumental achievement, but also a huge disappointment,” said Betts-Lacroix, who recently delivered a rousing TEDx SF talk on using genetics to cure aging.

“It’s not about the human genome, but more the human gene pool. To really understand what’s going on, we’ve found that we have to sequence the DNA of millions of people. This work is only beginning, and will require much lower-cost sequencing. Fortunately, that seems to be upon us,” said Betts-Lacroix.

At a select few hospitals across the country, the work has already begun. In 2010, the Children’s Hospital in Boston recruited Dr. Dietrich Stephan – a biotech entrepreneur fresh from the success of Sequoia-funded genetics startup Navigenics – to join the Gene Partnership Initiative, one of the first efforts to gather genetic information about disease. Relying on his experience as a biotech entrepreneur, Stephan developed the hospital’s first sustainable program to sequence the genomes of 100,000 young patients.

The program is still ongoing, and researchers are finding links between genes, the environment, and complex genetic disease. Already, the flood of genetic information is being used to produce drugs that are better targeted to patients. Not everyone processes medicine in the same way; by understanding patients’ genomic make-up, doctors can provide a therapy they’ll respond to best. That’s an important capability considering that this year alone, close to 800,000 people were injured or died due to adverse reactions to drugs.

“With the knowledge we have now about your genes, we are finding ways to diagnose sick people earlier and develop medicines to zap the core defect,” said Stephan of the Gene Partnership Initiative.

Biotech entrepreneurs predict that the low-cost of gene sequencing technologies will yield new approaches to the treatment of cancer and other diseases by 2015. With this in mind, Stephan has delved into clinical diagnostics with a new startup, Silicon Valley Biosystems. With his latest venture, he said the goal is to “get fancy IT into the hands of physicians so patients can benefit from it.”

“It’s no longer business as usual in medicine,” he said. Patients will be “touched and informed by genetics” in the next 2-5 years, meaning that hospitals will increasingly adopt gene-sequencing technologies to better treat and diagnose disease.

Sabah Oney, business development lead at SVBio, said we’ll see common diseases being re-branded as we better understand their root cause. “Instead of diagnosing breast or lung cancer, physicians will refer to the disease by its genetic abnormality.”

The major challenge facing genetics entrepreneurs is to take the concept from the lab and turn it into a commercial product. “The rate of failure discourages many investors,” said Mohsen Moazami, founder and general partner of Seif Capital, an early stage venture capital firm focused on health and bio-sciences. “But there’s no question in my mind that for a subset of companies that crack the code on this effort, the opportunity is immense,” he added.

The startup that firmly put the spotlight on genetics is 23andme, which provides insights on your future and ancestral past based on a DNA sample. This month, the company hit a new milestone: 150,000 users. 23andme does not sequence the entire genome. Instead, it determines through genotyping whether users are at risk of developing particular diseases.

Genomic sequencing is the future, but 23andme boasts a vast database of genetic information. “This data is driving a whole new wave of discovery in terms of genes and environment. The real meaning will become clear in the next few years,” said Dr. Uta Francke, senior medical researcher for 23andme.

This year, 23andme has participated in research to understand how the body will react to certain medications. Francke recalls a recent study of how a female user in Australia discovered through the test that she was highly averse to anesthesia. “She may not have woken up. Some of these people say 23andme has saved their life,” said Francke.

“We think there is evidence that when people know their genes they take their health more seriously,” Francke added, although she did not point to supporting research. She suggests that users should print out their information and take it to their personal physician for advice about taking actionable steps to improve their health.

Critics of 23andme say that when this information is placed directly into the hands of consumers, very few choose to adjust their lifestyle accordingly. It took several years for 23andme to attract 100,000 users.

WellnessFX, a San Francisco-based health and wellness startup, is among the first to leverage human health data to prevent the onset of disease. The company’s target market are people who want to remain in peak physical health for longer. These users can access a visual spectrum of both genetic and biological data. The idea is that data is only meaningful when it’s used to make recommendations to improve general health. Users are re-tested at regular intervals to chart improvement.

“We show users that if they change their lifestyle and nutrition, they will see measurable results in a finite period,” said Jim Kean, chief executive officer of WellnessFX. Individuals can log in to explore a colorful display of their data at any time; Kean calls it a “personalized health dashboard.”

Innovation on the genetics data front has moved at a glacial pace and has yet to hit a mainstream market. But startups like SVBio, Knome, Illumina, and Navigenics have succeeded in raising awareness about how data can improve public health.

This March, the Obama administration showed its support with a $200 million grant for industries that can benefit from “Big Data.” With the increased availability of human data, it’s no surprise that the National Institute of Health (NIH) received the lion’s share. As part of this initiative, the world’s largest set of data on human genetic variation was uploaded on Amazon Web Services cloud (AWS) and is available to all researchers.

Betts-Lacroix, a serial entrepreneur working with startups like Halcyon Molecular to develop advanced DNA-sequencing technologies, said this open data will precipitate a gold rush for genetics research. As he puts it: “There are discoveries just waiting for people to find them, no lab work required.” 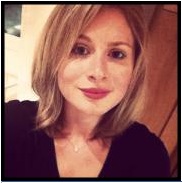