Geoff Keighley, the organizer of The Game Awards, is announcing the Summer Game Fest today. It’s a four-month-long season of game industry news events from the top platforms and game publishers.

The new festival will be a substitute for the now-canceled Electronic Entertainment Expo (E3), and it will be organized around an online hub for announcements from May to August. One of the big events will include content related to the May 7 news for the Xbox Series X, and it will culminate with Keighley’s broadcast of opening night for the now all-digital Gamescom.

Even before the pandemic took down E3, Keighley said in February that he was skipping this year’s show, as he didn’t agree with its direction and was heartbroken when Sony decided to drop out of the big show, which normally takes place in June in Los Angeles each year.

To fill that void, Keighley will use the Summer Game Fest to gather news, support in-game events, release playable content and demos of select titles, and unveil other surprises, Keighley said in an interview with GamesBeat.

“E3 was a singular week, but now that things are digital, we can pull everything together into a season from May through August for video game events,” Keighley said. “I found every game company scattered away from E3, but everyone wanted some unifying principle to pull the industry together. I felt the need for it and came up with this idea and talked to everyone. It’s a great way to let fans know what is going to be out there.”

Keighley said he is funding the Summer Game Fest himself as a nonprofit effort to help the game industry. He described it as a free, global, completely digital festival, and a prototype for the future in case we are stuck with all-digital events for a long time.

“We will layer on top of it the idea of playable demos and content that you’ll be able to download as part of this, taking all of the best aspects of a consumer trade show but fully digitizing it,” he said. “We’re going to do a bunch of in-game events and other things that encourage people to engage with games over the summer. It’s all free, and you can do it from home. This is like the New World Order.”

The fest isn’t a singular show, but a whole season for events. Specific event details and times will be shared by each individual game platform and publisher. We’ll see others, like IGN’s summer event and GameSpot’s.

“We’re not trying to compete with publisher events, but we’re trying to amplify them,” Keighley said. “They create their own event, but we’ll amplify it with our website, which is like a hub for the events. The finale will be the Gamescom show that I do.” 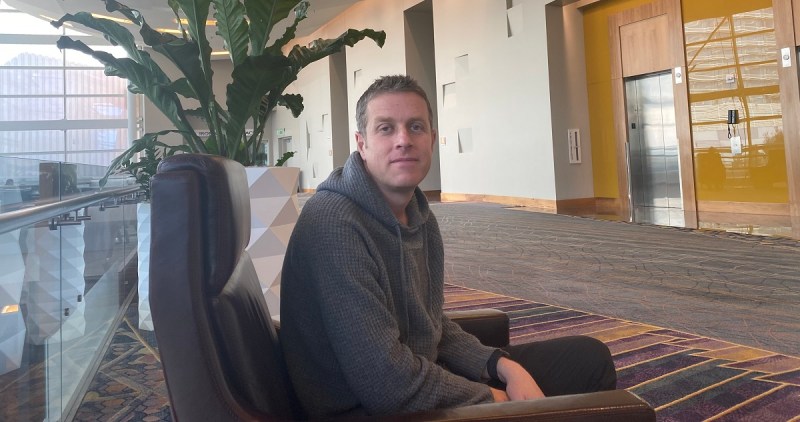 Above: Geoff Keighley at the Dice Summit in February 2020.

By spreading it out across the summer, more games will get noticed than at E3, where there is so much happening that it is easy to miss stuff, Keighley said.

“I think there will still be a center of gravity in June and July with big announcements, but it just isn’t going to line up in one week,” Keighley said.

Specific game content will vary by platform. The Steam Game Festival: Summer Edition will run June 9 to June 14, with other platform dates to be announced. With that kind of event, Keighley will add supporting programming that will add context or drill deeper on the announcements that happen there. Because the event is digital, Keighley said, “I don’t have to build a multimillion-dollar stage.”

Programming that is a part of the Summer Game Fest will air on major streaming platforms, including publisher owned and operated channels on Facebook, Mixer, Twitch, Twitter, YouTube Gaming, and more global outlets and media partners.

As part of Summer Game Fest, Geoff Keighley will produce and host special pre and post shows for certain flagship reveal events, in addition to producing and hosting Gamescom: Opening Night Live on Monday, August 24. Iam8Bit will serve as producers and curators of additional programming to be announced.

As for The Game Awards, Keighley said it will definitely happen this year, but what form it takes depends on how the pandemic plays out. If no one is allowed to gather, the awards will go digital, but Keighley said they have about five different contingency plans in the works, depending on what happens.

“We are going to produce the show this year in December,” he said. “Ninety-nine percent of our audience is digital around the world. It has been 5,000 people gathering in a physical place. But I am realistic that you have to have backup scenarios.”