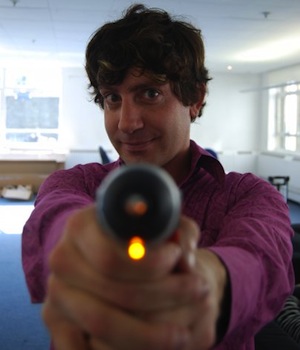 Get Satisfaction had already attracted some early-stage investors to back its online customer service tools, but today it announced that it has raised $6 million in its first institutional round of funding.

The San Francisco startup initially drew attention by allowing customers to create and post messages on customer service pages that weren’t sponsored by the companies under discussions, a model that Get Satisfaction touted as a way to let customers drive the conversations. Those companies could choose to become Get Satisfaction clients and start managing their pages, an approach that has been criticized as a way to force companies to sign up.

However, Get Satisfaction has focused more and more on selling its products to companies, something that co-founder and president Lane Becker (pictured) acknowledged earlier this year, though he argued that it’s an extension of the company’s core mission. I was interviewing Becker for the launch of a new feature that allowed Get Satisfaction to manage Facebook Pages, not just separate websites.

Get Satisfaction said that its users have created more than 40,000 customer communities. Companies who have signed up for Get Satisfaction services include Zappos, Microsoft, Procter & Gamble, British Telecom, Mint.com (now owned by Intuit), and Foursquare.

The round was led by Azure Capital Partners, with participation from seed investors O’Reilly AlphaTech Ventures and First Round Capital. This brings the company’s total funding to $10.8 million.

(Disclosure: Get Satisfaction co-founder and chief technology officer Thor Muller has advised VentureBeat in the past, but he’s not active now.)