[Disclosure: Get Satisfaction was founded by Thor Muller, who is an advisor to VentureBeat.]

Get Satisfaction, a company that aims to improve online customer service by letting customers take over much of the process, has raised an additional $1.25 million in funding.

The company has also appointed a new chief executive, Wendy Lea, who previously was a senior vice president for Siebel, to help the company market its products to bigger companies. 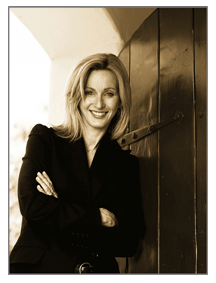 The company has seen strong growth in recent months (see Compete chart below). It says more than 12,000 companies have adopted it, including companies like shoe retailer Zappos and telecom company BT. Here’s how it works: If a company, say Comcast, isn’t reacting quickly enough to customer complaints on its own support page or forums, an irate customer can create a page at Get Satisfaction to complain. The page becomes Get Satisfaction’s customer care site for Comcast. Get Satisfaction, in turn, lets Comcast’s officials respond to it, if they want, and it gives their responses high visibility. But it also lets other users answer questions too — in effect, letting customers go around a company that is slow to respond or is otherwise using stalling tactics.

In one case, a Chrysler customer was so rotund that every time he got in his car, his behind would trigger an electric window roller, and the windows would go down. He used Get Satisfaction to complain about the problem, and Chrysler responded. In another case, Get Satisfaction helped users figure out why Facebook was disabling some user accounts. Get Satisfaction stores the questions and answers in a database so that it knows whether a question or answer has been given before, thus creating more efficiency — compared to standard forums where Q&A threads seem to go on and on. Some companies find Get Satisfaction useful enough that they adopt it for their main customer service page.

CEO Lea, who has experience in sales and marketing, takes over from co-founder and CEO Thor Muller, who now becomes chief technology officer. Lea previously co-founded The Sales Consultancy, which advised large companies on marketing, and was VP of marketing for OnTarget.

Get Satisfaction, which launched almost two years ago, has been experimenting with other social media techniques to promote its customer service tool. Last year, it teamed up with Summize, a Twitter message search technology, to launch an “Overheard” feature, letting customers track conversations on the service in real time, including customers complaints.

The company says its service is used by 1.5 million consumers a month. I asked Muller about how the company plans to make money. He said part of the reason for hiring Lea is her experience in marketing. He also said the company will be selling premium services to enterprise customers and expects to be profitable this year. He said the service should appeal to companies in a sluggish economy because it’s a low-cost way to offer customer care.

The extra funding brings the company’s total backing to $2.5 million. The funds comes from First Round Capital, O’Reilly Alphatech Ventures, Softtech VC and angel investors including Josh Felser and Dave Samuel, founders of Spinner and Grouper; Narendra Rocherolle and Julie Davidson, founders of Webshots and 30 Boxes; and Mitch Kapor, founder of Lotus.

The company’s competitors include RightNow, a public company founded more than a decade ago, boasting 1,900 customers and offering a more traditional Web knowledge base and customer tools built around that base; and Lithium, an Emeryville, Calif. company that has offered more traditional services, such as online forums. Another player is Jive, which offers enterprise collaboration, but which is less focused on customer collaboration.